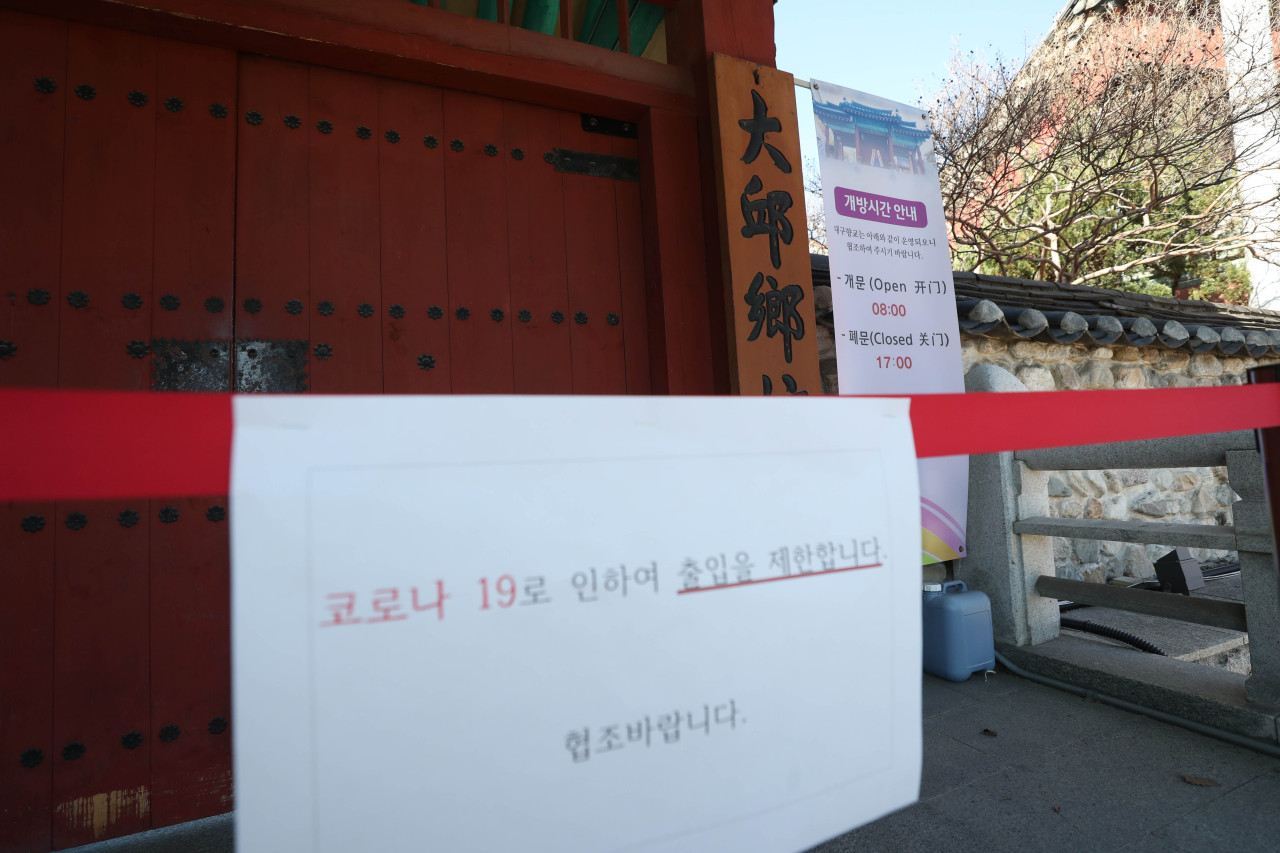 (Yonhap)
A 4-year-old girl in Daegu has been confirmed with the novel coronavirus, in the first case involving a patient under the age of 10, fueling fears of the virus affecting young children, local authorities said Sunday.

She had been in self-isolation with a mild fever after a teacher at her nursery tested positive for the virus.

“The 4-year-old child has a minor sickness. She was admitted to a hospital in Daegu and is receiving treatment. She is with her mother,” Daegu Mayor Kwon Young-jin said in a press briefing.

He added a survey is underway of children attending the nursery in Daegu. The city has the most number of infected patients in Korea stemming largely from a shadowy religious sect.

The nursery teacher, from whom the child is believed to have contracted the virus, attended Sunday services of the Shincheonji Church of Jesus.

Daegu saw 93 additional cases of the virus on Sunday afternoon, pushing total cases in the country’s fourth-largest city up to 302.