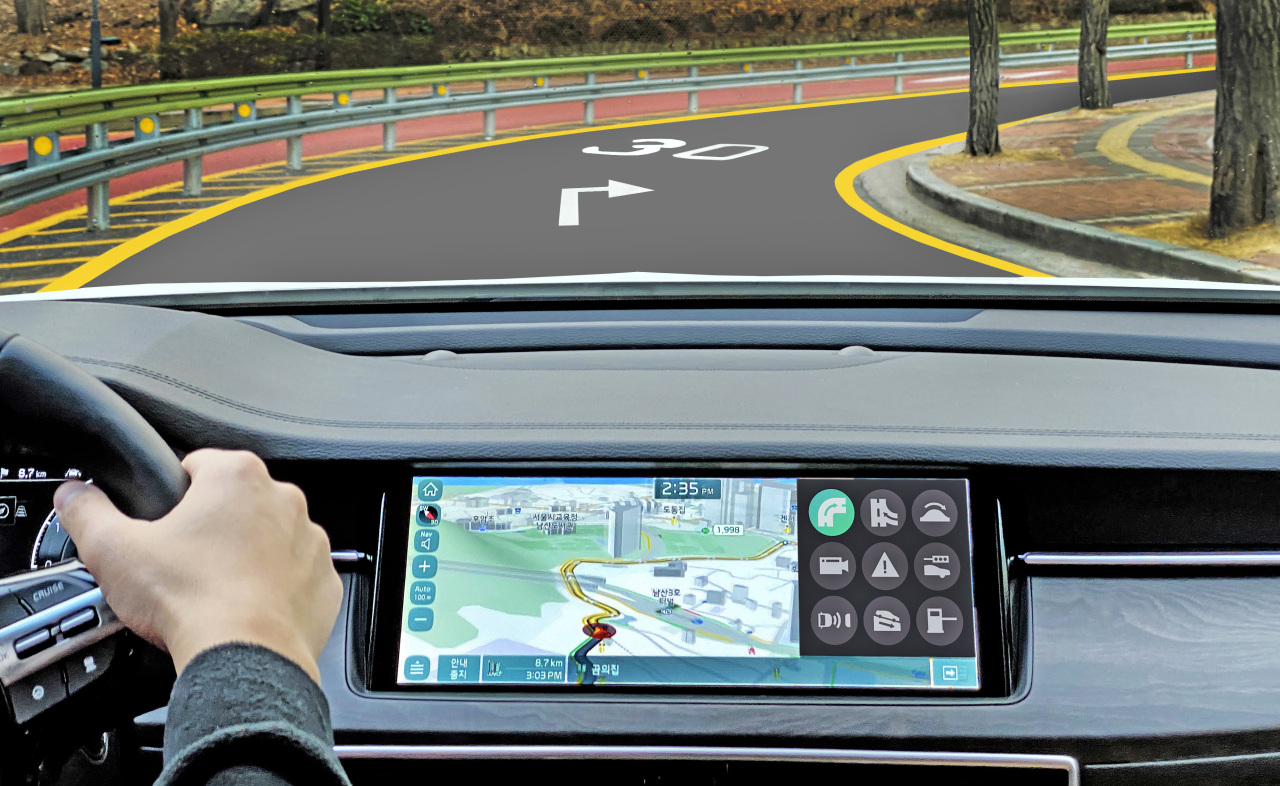 (Hyundai Motor Group)
Hyundai Motor Group said Thursday that it has developed a self-controlling gearshift that measures traffic ahead and predicts optimized gearing, which it said is the first of its kind in the world.

While existing smart drive modes work by learning the pattern of the drivers, the new information and communication technology-connected transmission system recognizes road situations and automatically changes gears for speed, the automaker said. The new technology will be adopted in upcoming models, it added.

The technology is different from existing automated transmission systems, but more similar to a stick shift or continuously variable transmission, the company said.

The ICT-connected system works by controlling a gearshift through artificial intelligence algorithm software that collects data from 3D navigation. Signals sent from camera and radar are then used for the car’s smart cruise mode.

The collecting data include high and low parts of the road, curvature, road type, speed of the car in the front and the distance from the car in the front.
Development of such technology involved some 40 patents registered domestically and globally, the group said.

The new software can improve fuel efficiency and also help alleviate driving fatigue. The automaker cited a road test which showed that the frequency of shifting gears dropped by 43 percent when cornering curvy roads, while the use of brakes also declined by about 11 percent.

“We will continue to apply ICT and AI technologies to various auto parts, such as the power train, to continue to develop our goal to evolve a car from means of transportation into smart mobility,” said a Hyundai Motor official.