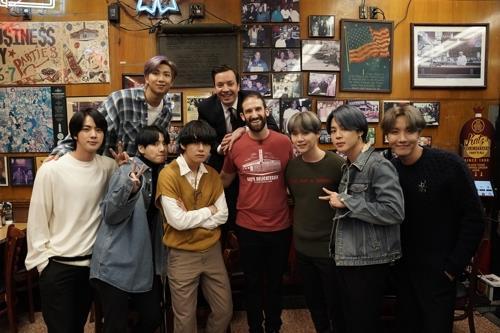 It is the biggest pre-order volume for any South Korean album as well as for any BTS record.

The album achieved 3.42 million copies within a week of it becoming available for pre-orders on Jan. 9, heralding the band's high-profile return to the global music scene.

According to the track list unveiled Monday, the new album has 20 tracks, led by lead song, "ON." It also includes five hit songs from BTS' previous album, "Map of the Soul: Persona."

Big Hit also said Tuesday that BTS will appear on American late night TV show "The Late Late Show with James Corden" on Tuesday next week (US time), the band's second appearance on the show this year following its premiere of "Black Swan" on the show last month.

The septet will join the "carpool karaoke" section of the talk show during their appearance next week, according to the agency. (Yonhap)