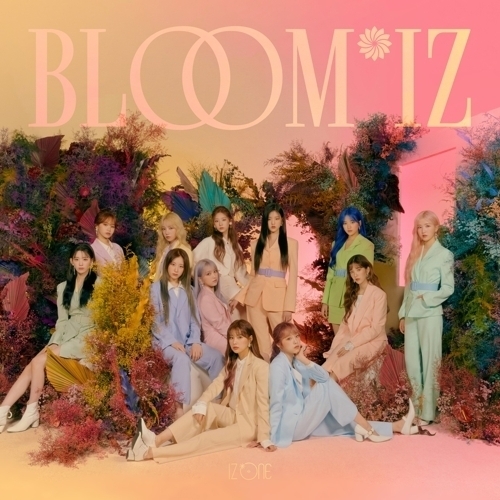 (Off the Record Entertainment)
IZ*ONE has shattered a first-week sales record for albums by girl groups of all time with its new album, the band's management agency said Tuesday.

The group's first full-length album "Bloom*Iz" sold some 184,000 copies within the first day of its release Monday at 6 p.m., Off the Record said, citing data from domestic album sales tracker Hanteo Chart.

It took less than a day for the group to break the previous record set by TWICE when its eighth EP album "Feel Special" sold some 154,000 copies in the first week of release last September.

"At the same time, IZ*ONE achieved the feat of topping the first-week album sales of more than 180,000 copies as the first girl band, just in a single day (since the release)," the agency said.

It is the second time the 12-piece Korean-Japanese girl group has renewed the first-week album sales record for girl groups since its second EP "Heart*IZ," released in April last year, did so for the first time.

As there are still six more days to go for the final result of the first-week album sales figures for the new album, the sales number may further increase, Off the Record said.

The album is the finale of the band's flower-themed album trilogy, characterized by the band's two previous hit songs, "La Vie en Rose" and "Violeta."

It also came in second on the music charts by Melon, Genie Music and streaming services. (Yonhap)