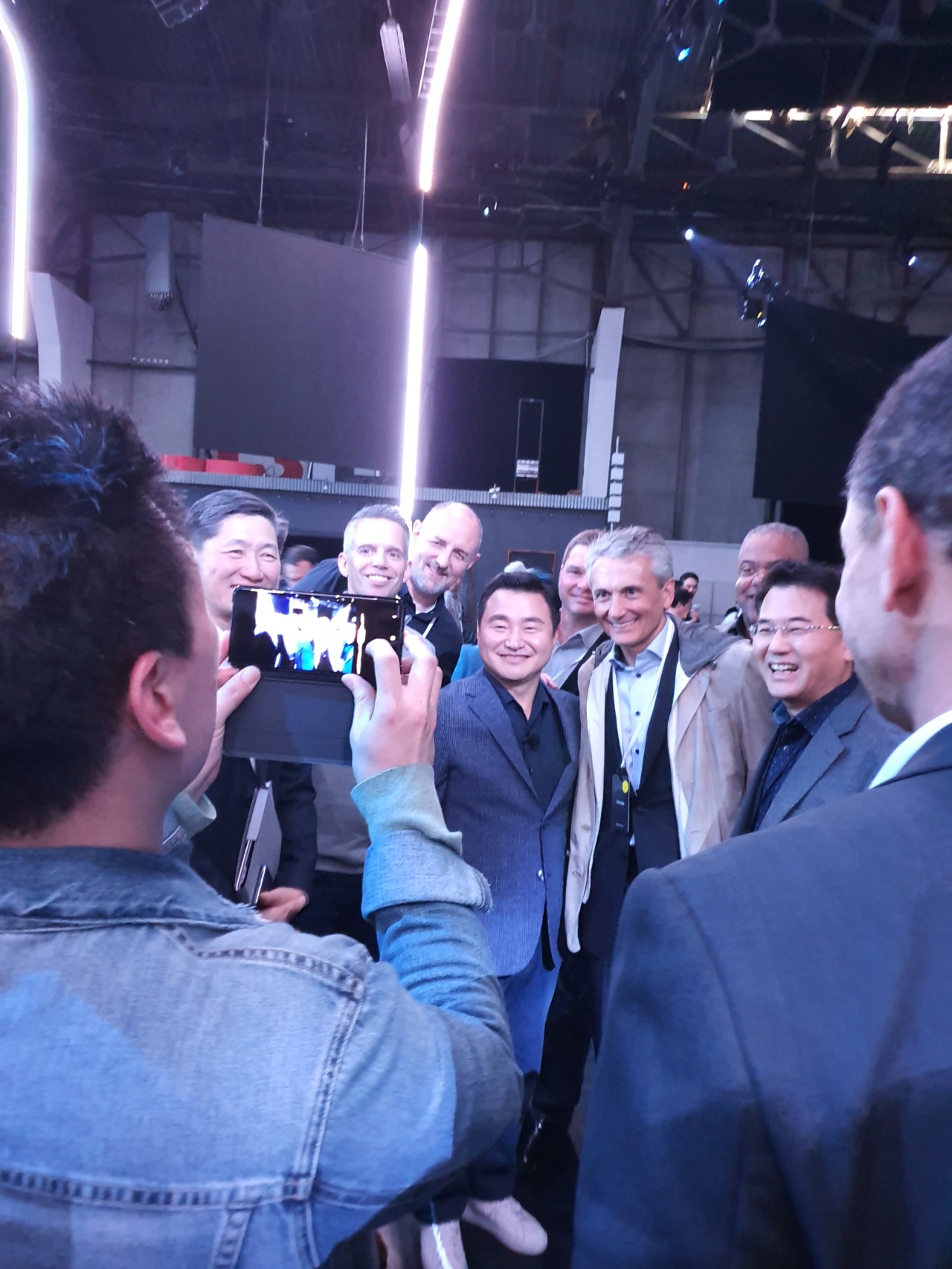 Samsung Mobile President Roh Tae-moon poses with business partners after the Galaxy Unpacked event in San Francisco on Tuesday. (Song Su-hyun /The Korea Herald)
SAN FRANCISCO -- For Samsung Electronics, which already offers two foldable smartphone models, it is no longer a challenge to make a phone that folds even more.

The South Korean tech titan, rather, is mulling how the folding experience brings value to consumers, said Roh Tae-moon, president and head of Samsung’s mobile division, during a press conference in San Francisco on Tuesday.

“Technologically, we are capable of designing phones that fold even more times, but what’s more important than the folding technology itself is the kind of value to be offered for consumers,” Roh said.

“It’s also important to have an ecosystem for sufficient content and services before releasing more foldable variants,” he said. “We can release new foldable phones at an opportune time when there are enough services available on those phones and provide needed values for consumers.” 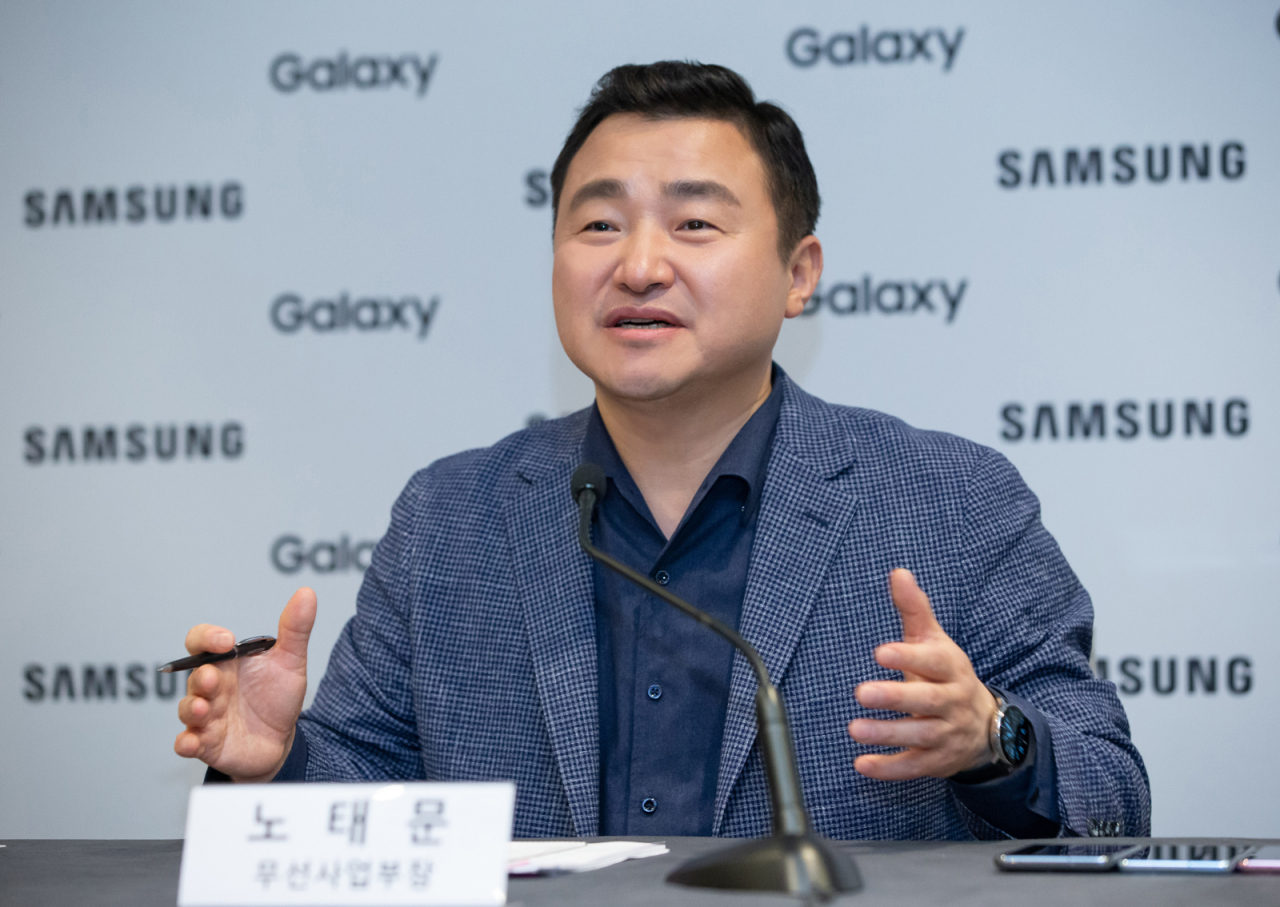 Samsung Mobile President Roh Tae-moon speaks at a press conference in San Francisco on Tuesday. (Samsung Electronics)
The new head of Samsung’s smartphone division took up the post three weeks ago. Roh is known for his technological leadership, having spearheaded the Galaxy S series 10 years ago.

According to Roh, Samsung recently set a clear direction for its foldable lineup.

With the Galaxy Z series -- starting with the Galaxy Z Flip, which fits into the palm of one’s hand when folded -- Samsung will focus on improving portability and convenience.

And with the Galaxy Fold, the company’s very first gadget to unfold into something resembling a tablet computer, Samsung will continue to develop the unfolding mechanism for bigger screens.

“I envision a future of foldable devices in which people will easily carry around large-size screens in accordance with their needs and the screens are folded (no matter how many times) in any sizes that they want,” he said.

Regarding this year’s sales targets for the two Samsung foldable phones, Roh offered a conservative answer.

“The foldable phone market is yet in infancy,” the president said. “Initial supply of Galaxy Z Flip will be limited both in terms of volume and region. We forecast the market to get popularity starting in the second half of the year.”