“My message is that nothing changes … for the time being at least, nothing in the arrangements that set out how trade between Korea and Britain will be done will change because there will be continuity,” British Ambassador Simon Smith said in an interview at the embassy in central Seoul.

Korea’s free trade agreement with the European bloc will stay in effect while London hammers out a trade deal with the EU until the year-end deadline. Even in the case of a no-deal departure, there is the Korea-UK FTA, signed in October last year, as a backup, the ambassador stressed.

“Even after that (transition period) because we now have a Korea-UK FTA that is now ready to come into effect once the transition period is over, that is also something that provides for continuity and stability.”

Seoul’s London-bound shipments totaled some $550 billion last year, while Seoul imported $420 billion worth of goods from London last year, according to data from the Korea International Trade Association.

Based on his conversations with local businesses, Smith said the Seoul-London trade deal has helped put to rest Korean companies’ concerns over the separation.

“My conversation with Korean businesses, I end those conversations very encouraged in that I’m not hearing from them that they are unsatisfied about the clarity about what lies ahead,” he said. 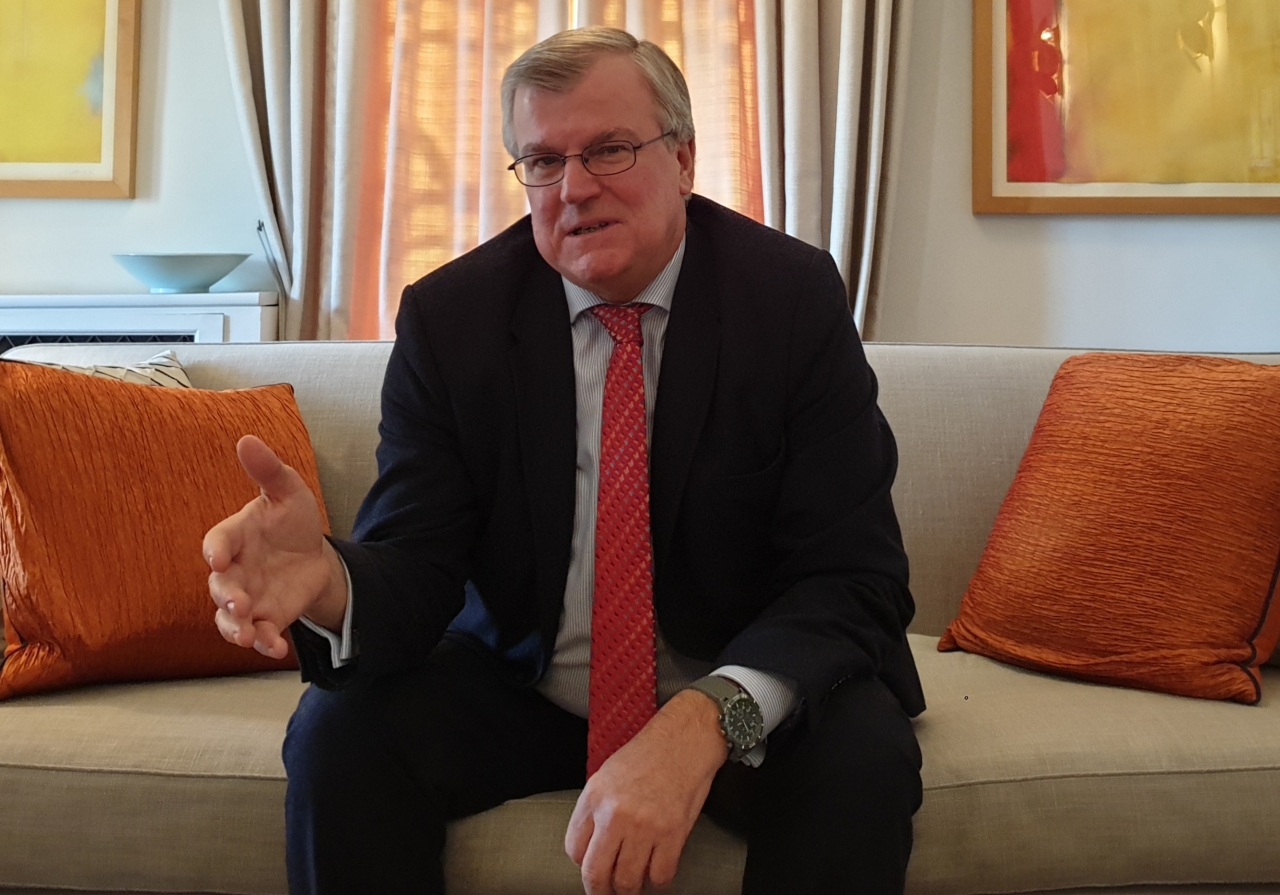 UK Ambassador Simon Smith speaks during an interview with The Korea Herald at the ambassador’s residence in central Seoul on Feb. 6. (Kim Bo-gyung/The Korea Herald)
Although there are no imminent changes as a result of the departure, Smith predicts changes in the long run as the UK pursues positions and deals in its own interests, differing from its previous approach as a member of the bloc.

“We will feel that difference progressively as time goes on. … We will now be doing that as our own voice, not through the prism of the European Union … that brings a certain amount of flexibility to us,” Smith said.

“It does impose an extra task on us, because we can no longer rely on a position being crafted through discussions with the European Union. It’s up to us now, and it’s up to us to take responsibility for that.”

In emphasizing the foundations of the UK’s position and its relationships with other countries, Smith brushed off negative predictions from opponents of Brexit, saying the departure has made the British people confident. Opponents have envisioned a Britain with reduced influence in the international arena as a result of the divorce.

Smith noted that the UK has the sixth-biggest economy in the world, a seat on the UN Security Council and the third-largest overseas aid budget.

Asked about the possibility of a delay in the UK’s transition out of the EU, Smith doubled down on the UK government’s position.

“Our government certainly doesn’t foresee a postponement and our prime minister … was very clear that he wanted to use the time between now and the end of this year to, with max effectiveness,” Smith said.

Looking ahead, Smith said, regardless of Brexit, opportunities for both Korea and the UK lie ahead in the tech industry in areas such as artificial intelligence and future mobility, among others.