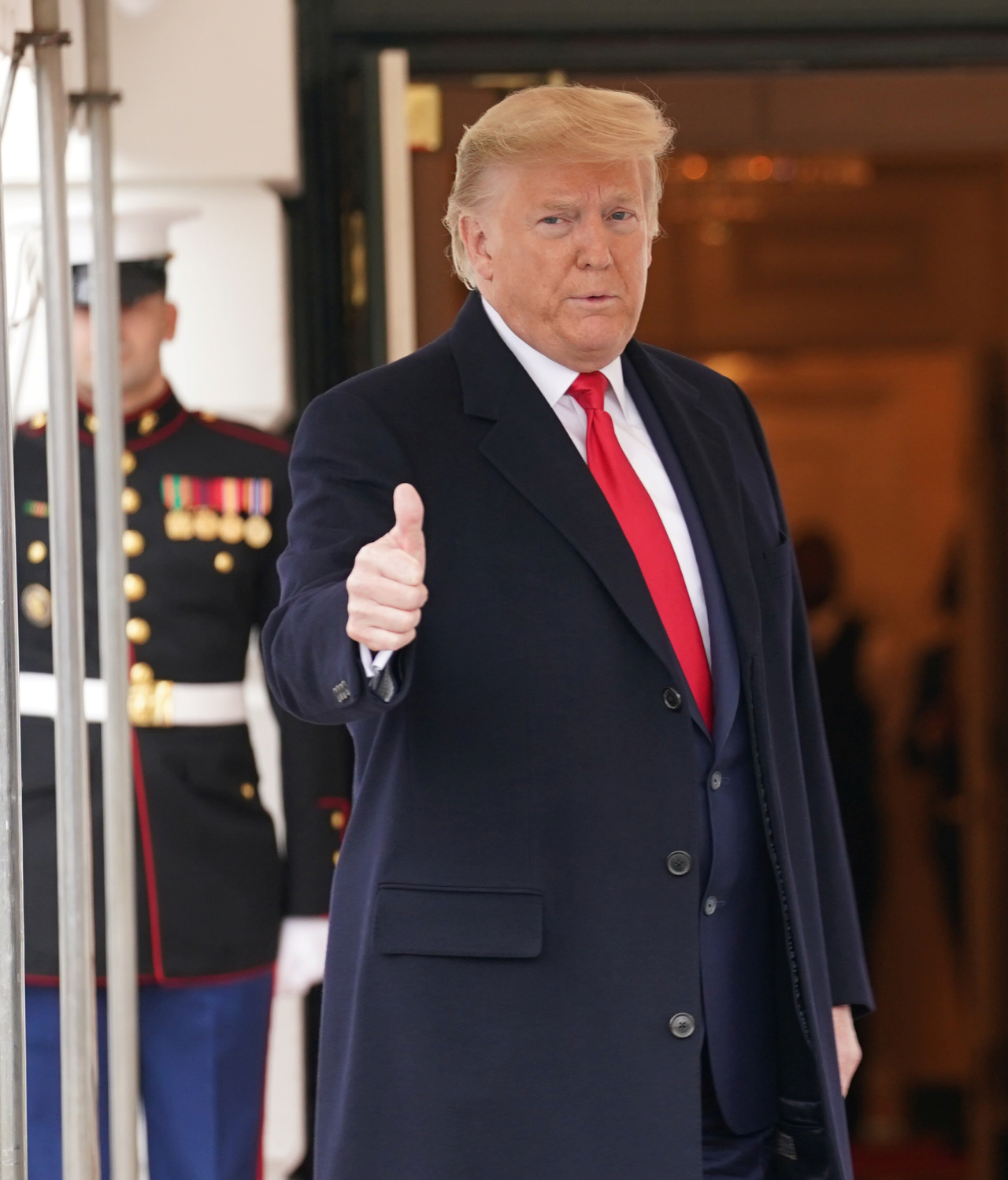 Only the third US leader ever placed on trial, Trump readily defeated the Democratic-led effort to expel him from office for having illicitly sought help from Ukraine to bolster his 2020 re-election effort.

Trump immediately claimed "victory" while the White House declared it a full "exoneration" for the president -- even as Democrats rejected the acquittal as the "valueless" outcome of an unfair trial.

Despite being confronted with strong evidence, Republicans stayed loyal and mustered a majority of votes to clear the president of both charges -- by 52 to 48 on abuse of power and 53 to 47 on obstruction of Congress -- falling far short of the two-thirds supermajority required for conviction.

"Two thirds of the senators present not having found him guilty of the charges contained therein, it is therefore ordered and adjudged that the said Donald John Trump be, and he is hereby, acquitted," said Supreme Court Chief Justice John Roberts, who presided over the trial.

The months-long impeachment of the 45th US leader shone a harsh light on America's political divide, with Trump's core support base united behind him in rejecting it as a "hoax."

One Republican, Senator Mitt Romney, a longtime Trump foe, risked White House wrath to vote alongside Democrats on the first count, saying Trump was "guilty of an appalling abuse of public trust." He voted not guilty on the second charge.

But the verdict was never truly in question since the House of Representatives formally impeached Trump in December, and has now cleared out a major hurdle for the president to fully plunge into his campaign for re-election in November.

Responding to the verdict, Trump announced he would deliver a formal statement Thursday from the White House "to discuss our Country's VICTORY on the Impeachment Hoax!"

Shortly before, the president tweeted a montage depicting a fake cover of Time magazine declaring him president for all eternity.

The White House declared that Trump had obtained "full vindication and exoneration."

But Nancy Pelosi, the House Speaker and top Democrat in Congress, said that by clearing Trump Republicans had "normalized lawlessness."

"There can be no acquittal without a trial, and there is no trial without witnesses, documents and evidence," she said.

"Sadly, because of the Republican Senate's betrayal of the Constitution, the president remains an ongoing threat to American democracy, with his insistence that he is above the law and that he can corrupt the elections if he wants to."

Concerned about the political risk for the party, Pelosi rejected a call early last year to impeach Trump on evidence compiled by then-special counsel Robert Mueller that he had obstructed the Russia election meddling investigation.

But her concerns melted after new allegations surfaced in August that Trump had pressured Ukraine for help for his 2020 campaign.

Though doubtful from the outset that they would win support from Republicans, an investigation amassed with surprising speed strong evidence to support the allegations.

The evidence showed that from early in 2019, Trump's private lawyer Rudy Giuliani and a close political ally, Ambassador to the European Union Gordon Sondland, were scheming to pressure Kiev to help smear Democrats, including Trump's potential 2020 rival Joe Biden, by opening investigations into them.

"We must say enough -- enough! He has betrayed our national security, and he will do so again," Adam Schiff, who led the House investigation, argued on the Senate floor this week.

"He has compromised our elections, and he will do so again," Schiff said.

In the trial, Trump's defense was not seen as having undermined the facts compiled by Schiff's probe, and several Republican senators acknowledged he did wrong.

But his lawyers and Senate defenders argued, essentially, that Trump's behavior was not egregious enough for impeachment and removal.

And, pointing to the December House impeachment vote, starkly along party lines, they painted it as a political effort to "destroy the president" in an election year and insisted voters should be allowed to decide Trump's fate.

"Right now this is a political loser for them. They initiated it. They thought this was a great idea. At least for the short term, it has been a colossal political mistake." (AFP)