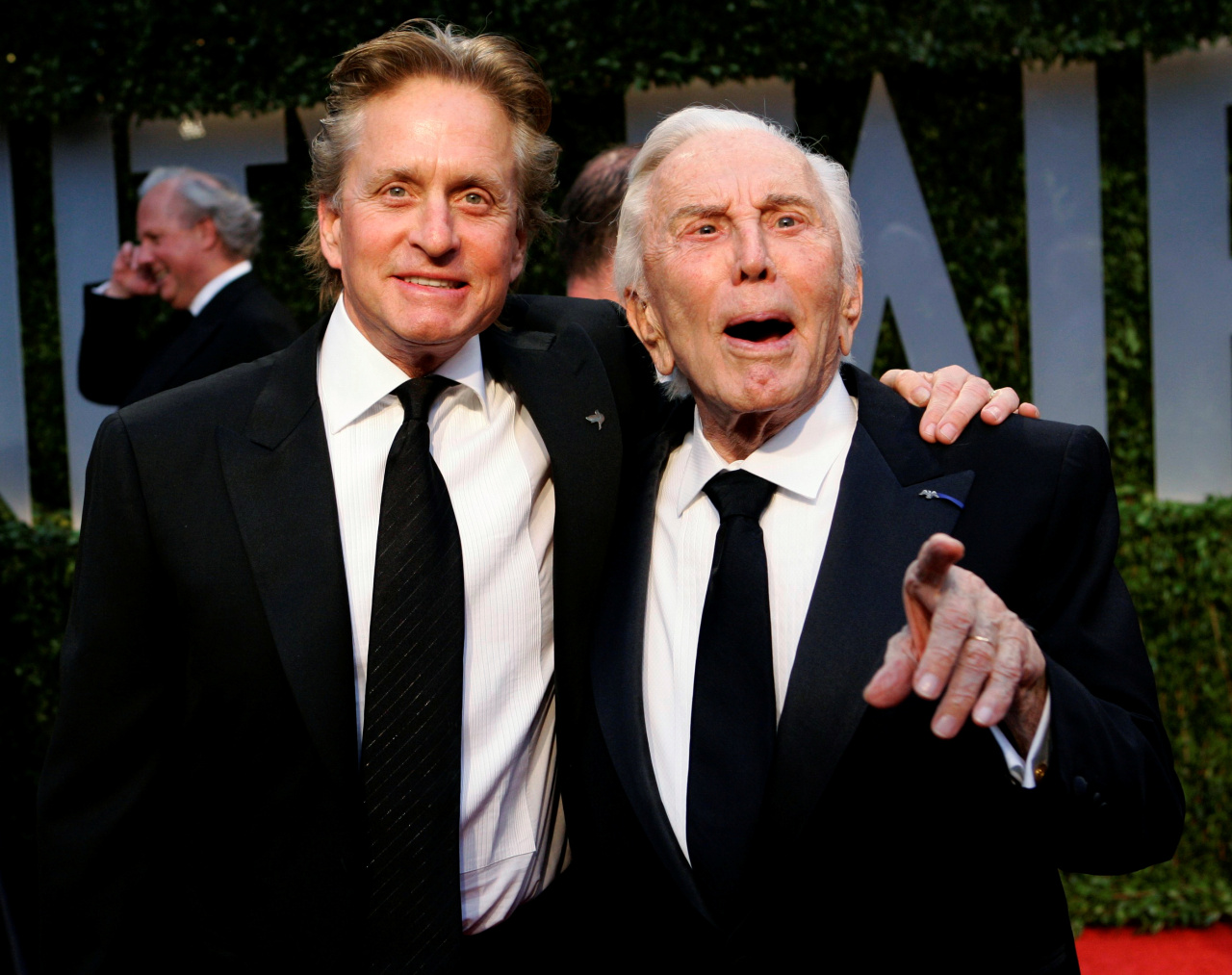 Kirk Douglas (right). (Reuters-Yonhap)
LOS ANGELES (AFP) -- US silver screen legend Kirk Douglas, the son of Jewish Russian immigrants who rose through the ranks to become one of Hollywood's biggest-ever stars, has died, his family said Wednesday. He was 103.

One of the last survivors of the golden age of cinema and the father of Oscar-winning actor and filmmaker Michael Douglas, the "Spartacus" actor was renowned for the macho tough guy roles he took on in around 90 movies over a six-decade career.

"It is with tremendous sadness that my brothers and I announce that Kirk Douglas left us today at the age of 103," Michael Douglas said in a statement posted to Facebook.

"To the world he was a legend, an actor from the golden age of movies who lived well into his golden years, a humanitarian whose commitment to justice and the causes he believed in set a standard for all of us to aspire to."

Douglas was Oscar-nominated for his roles as a double-crossing and womanizing boxer in "Champion" (1949), a ruthless movie producer in "The Bad and the Beautiful" (1952) and tortured artist Vincent Van Gogh in "Lust for Life" (1956).

But his only Academy Award came in 1995 -- an honorary lifetime achievement statuette "for 50 years as a creative and moral force in the motion picture community."

"(To) me and my brothers Joel and Peter he was simply Dad, to Catherine (Zeta-Jones), a wonderful father-in-law, to his grandchildren and great grandchild their loving grandfather, and to his wife Anne, a wonderful husband," said Michael.

"Kirk's life was well lived, and he leaves a legacy in film that will endure for generations to come, and a history as a renowned philanthropist who worked to aid the public and bring peace to the planet." (AFP)