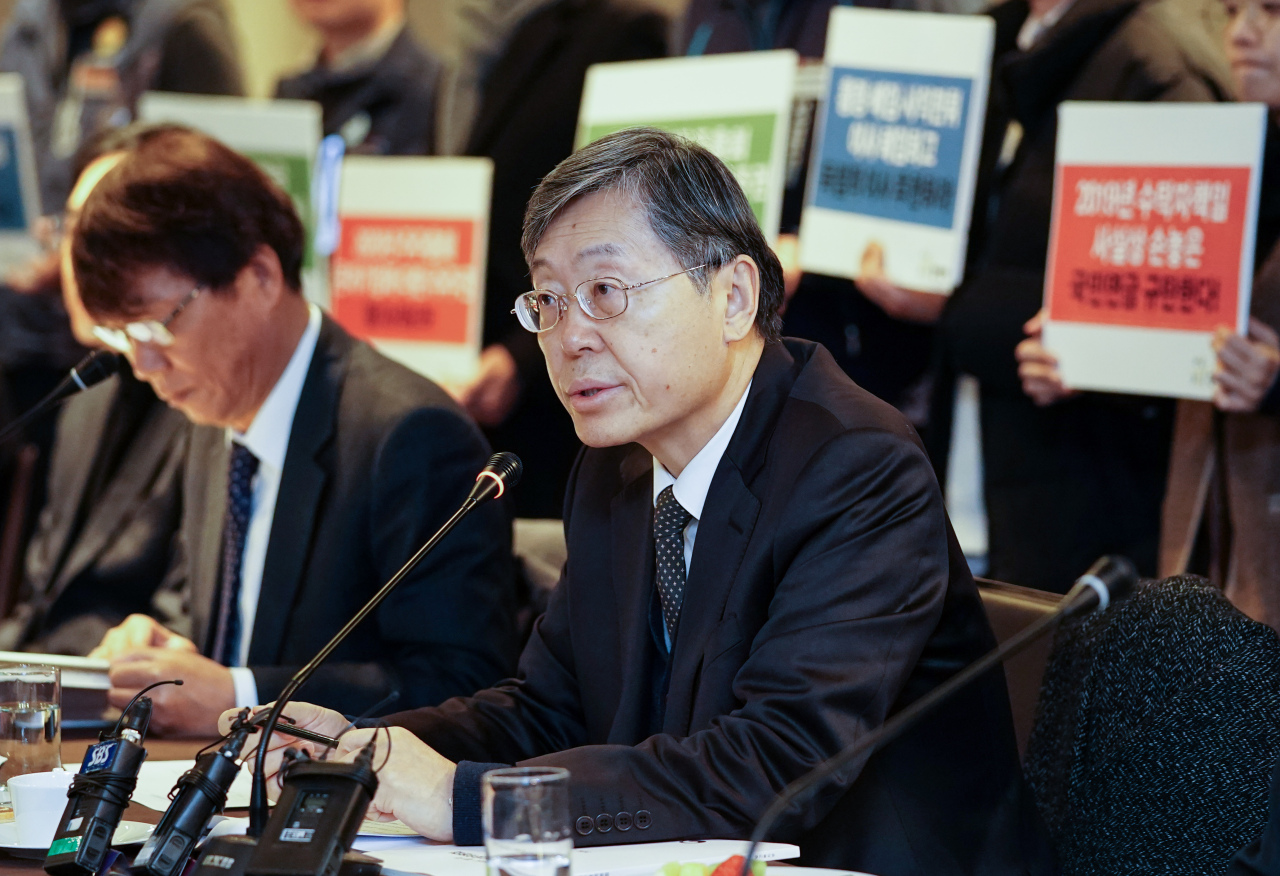 Cho Heung-seek, vice president of NPS’ Fund Management Committee, speak at the committee's first meeting of 2020 in Seoul Wednesday. (Yonhap)
South Korea’s public pension fund, the National Pension Service, is now gearing up for new committees to ramp up the shareholder engagement push for its portfolio firms here at an unprecedented level.

But time appears to be running short ahead of the March proxy season in Korea. The NPS’ Fund Management Committee has to start from scratch to forge a fully fledged decision-making system to shortlist companies under what is equivalent to a “focus list” by the California Public Employees’ Retirement System and urge stakeholder actions.

“We are undergoing changes in internal regulation (for the Fund Management Committee), so it seems unrealistic to employ the system (by March),” said Cho, who doubles as president of the Korea Institute for Health and Social Affairs.

“The formation of subcommittees is now underway. But we are not sure when we could conclude the process. We will have it ready as soon as possible.”

According to its revised internal regulation implemented Wednesday, NPS will form three nine-member subcommittees under the Fund Management Committee, dedicated separately to investment policy, fiduciary duties and risk management, to bolster independence in the funds’ decision-making in shareholder engagement.

Three standing members will take part in all three subcommittees. Each member will represent business circles, labor unions and insured people. At least five years of work experience in the field of either finance, economy, asset management, legal practices or pension schemes is a prerequisite.

The revision comes in tandem with changes in laws that passed the Cabinet in January, which also eased regulations for disclosures in pension funds’ stock holdings.

Institutional investors with at least 5 percent voting rights will no longer be required to disclose their actions within five trading days when proposing to revise a company’s articles of association to improve corporate governance and change dividend payouts and executive salaries. When demanding a nomination or dismissal of a company executive, the pension funds’ regulatory filings within five trading days can come in an abridged fashion.

Particularly in the case of Hanjin KAL, the holding company of the nation’s No. 1 air carrier Korean Air, the NPS is one of the shareholders holding a crucial vote to determine the fate of Cho. This comes amid an intensifying family feud where major shareholders including activist fund manager Korea Corporate Governance Improvement and Bando Construction side with Cho’s sibling Cho Hyun-ah, while other family members have declared the intention to back the incumbent Cho.

Now that the Hanjin KAL shareholders meeting is poised to take place on March 24, shareholder proposals will be accepted by Feb. 13. NPS was holding a 4.11 percent stake in Hanjin KAL, according to the latest disclosure in April 2019.