A commemorative event was held at the Seoul Museum of History in central Seoul two days after International Holocaust Remembrance Day. It was also opening day for the exhibition “The Auschwitz Album” at the museum. This year marks the 75th anniversary of the liberation of Auschwitz, a Nazi death camp in Poland.

Since 2015, when the United Nations designated Jan. 27 as International Holocaust Remembrance Day, the German and Israeli missions have jointly commemorated the World War II-era tragedy in which some 6 million Jews lost their lives at the hands of Nazi Germany and its collaborators. 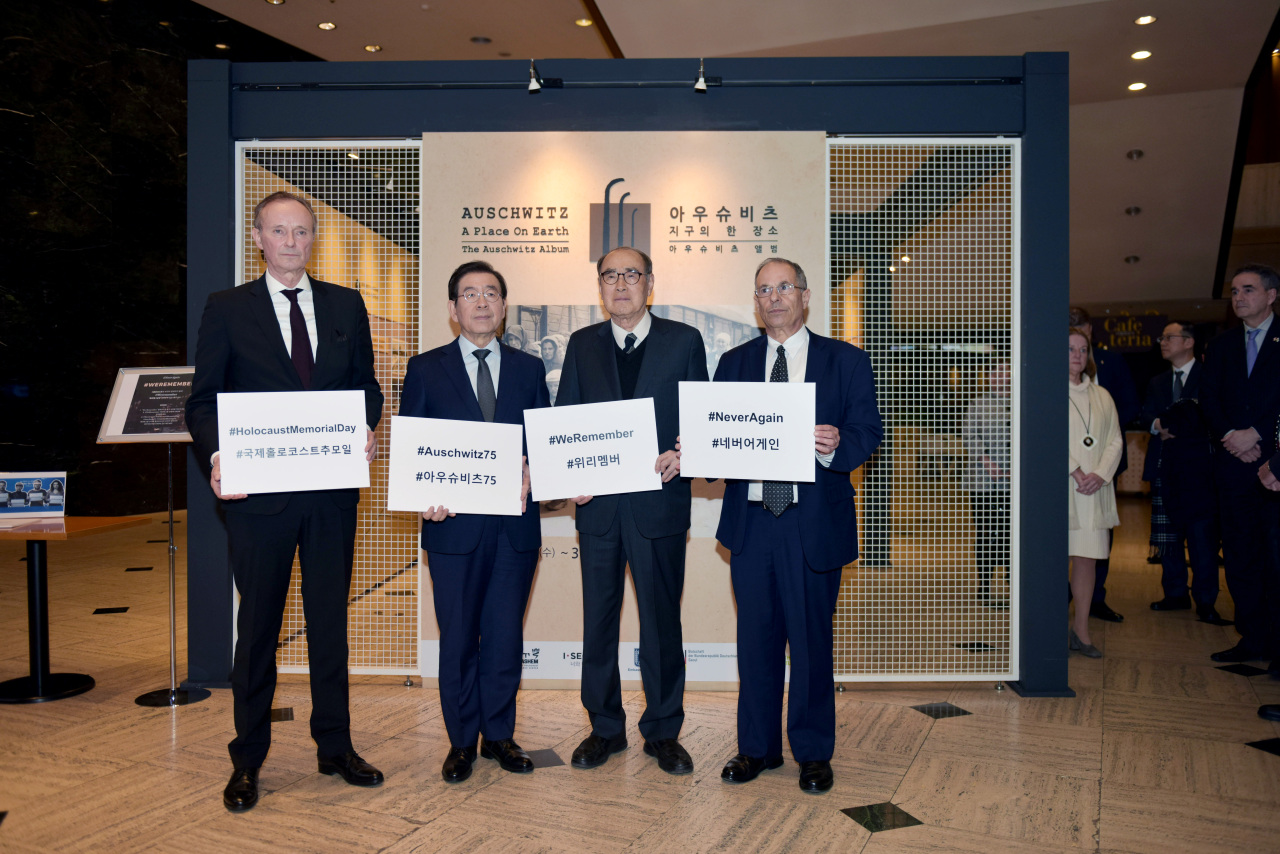 “The horror that the soldiers of the Red Army saw when they entered the camp was inconceivable. … For us, the Jews, Auschwitz is not only the ultimate symbol of evil, it is also the ultimate symbol of powerlessness. … I would like to emphasize that in those dark times in human history there were also good people who risked not only their lives to save Jews but also the lives of their families.

“Anti-Semitism and racism are a malignant disease that destroys and pulls societies apart from within, and no society and no democracy is immune.”

German Ambassador Auer said: “The Holocaust was conceived and implemented by Germans, and therefore it remains our historical task to ensure that these terrible events are not forgotten -- whether in Korea, Europe or anywhere else in the world.”

He added that commemorative ceremonies are symbolic events that honor the victims of the Holocaust, but are insufficient.

“Today, we -- Germans, Israelis and South Koreans -- have the invaluable privilege of living in a prosperous democracy. But we Germans know unfortunately all too well from our own history how hate speech, xenophobic thinking and anti-Semitism can destroy democracy and can lead to the violation of even the most basic principles of humanity,” Auer said.