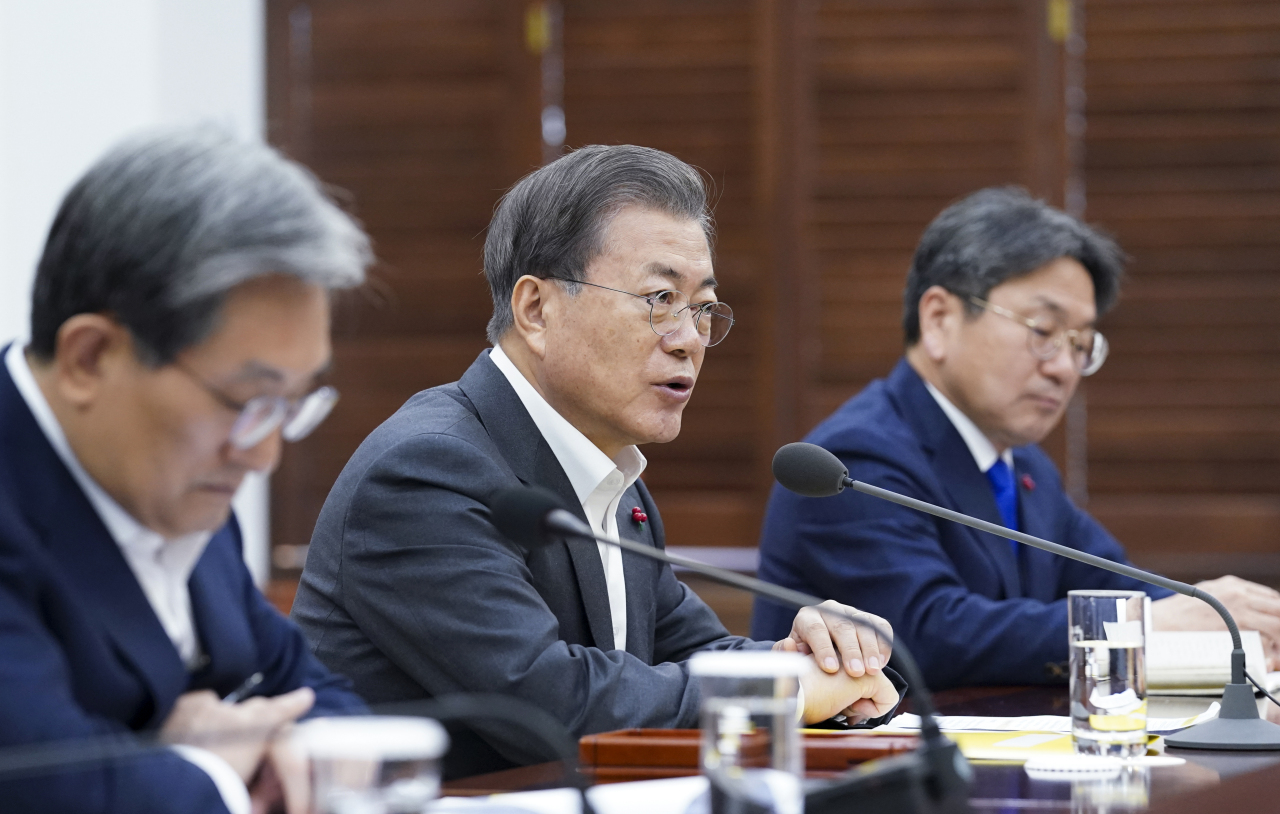 According to Cheong Wa Dae, Moon urged Prime Minister Chung Sye-kyun to play a central role in government ministries’ response, expressing concern about the spread of the virus in Korea.

On Friday, five more Koreans were confirmed to be infected with the new strain of coronavirus. Three of the patients contracted the virus in Korea, from individuals who had visited Wuhan.

Moon was also quoted as saying that his schedule will be altered in step with the government’s response measures.

A Cheong Wa Dae official later explained that the altered schedule could include holding related meetings, or dealing with the issue at the Cabinet meeting.

The official also said that the government’s efforts will focus on containing the virus, and minimizing the impact on the economy.