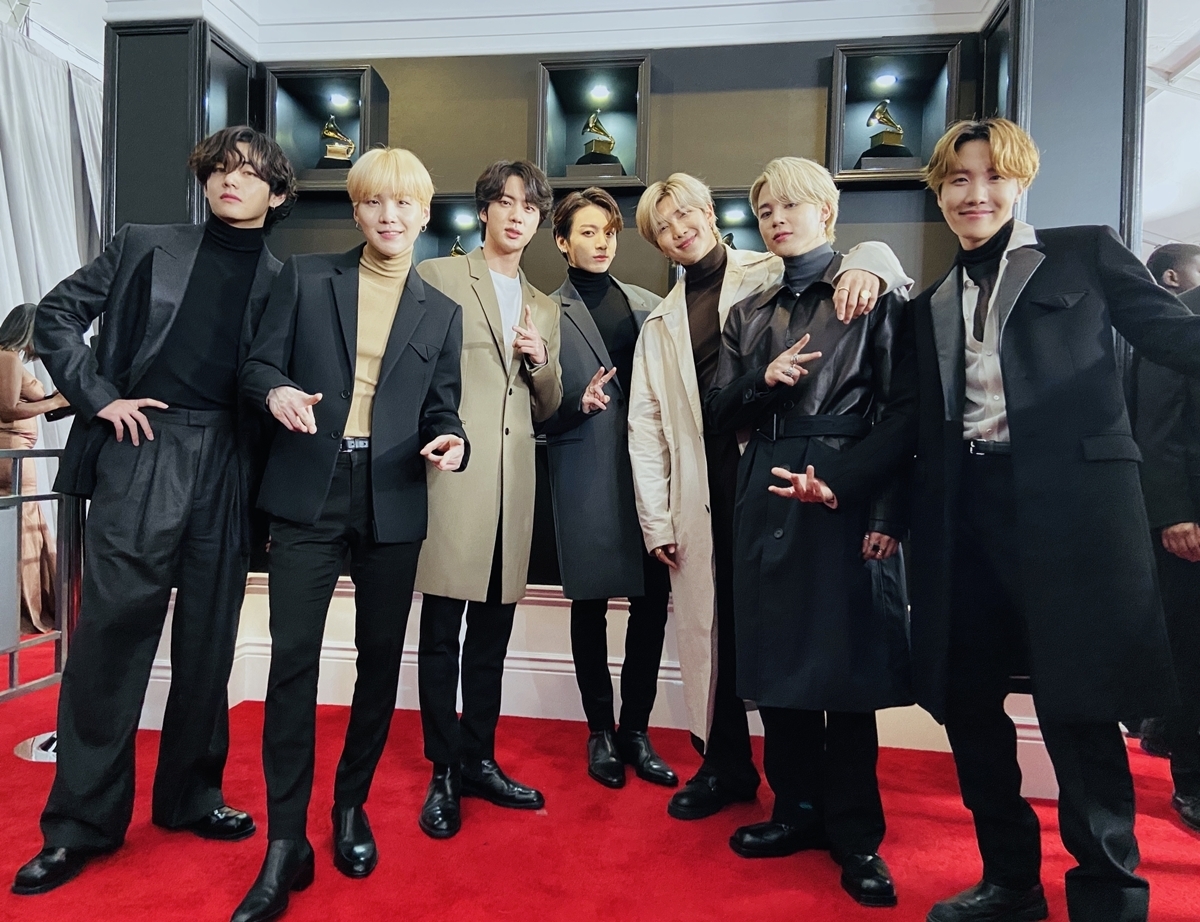 (Big Hit Entertainment)
K-pop superstar BTS has won the grand prize at this year's Seoul Music Awards for the third year in a row.

At the award-presenting ceremony at Gocheok Sky Dome in Seoul on Thursday night, the septet received the highest honor for "Map of the Soul: Persona," released in April last year. But the band did not attend the event.

The group topped the Billboard 200 main albums chart for the first edition of the "Map of the Soul" series, last year, with its album sales reaching a record 3.7 million copies in South Korea.

BTS has taken the grand prize at the annual Seoul Music Awards since 2018.

Starting this year, the Seoul Music Awards now has two grand prize winners: one for best album and another for best digital music.

Meanwhile, Taeyeon, a member of K-pop girl group Girls' Generation, was awarded the grand prize for digital music for her single "Four Seasons" released in May last year.

It is the second time that the singer has taken the top prize at the Seoul Music Awards since 2011, when Girls' Generation was named atop for two straight years.

She was also given the best OST award for "All About You" from the fantasy TV series "Hotel del Luna" (2019).

Twelve K-pop singers, including BTS, Taeyeon, EXO, Super Junior and TWICE, were awarded the main prize, while the popularity award was given to EXO and best new artist was presented to TXT. (Yonhap)