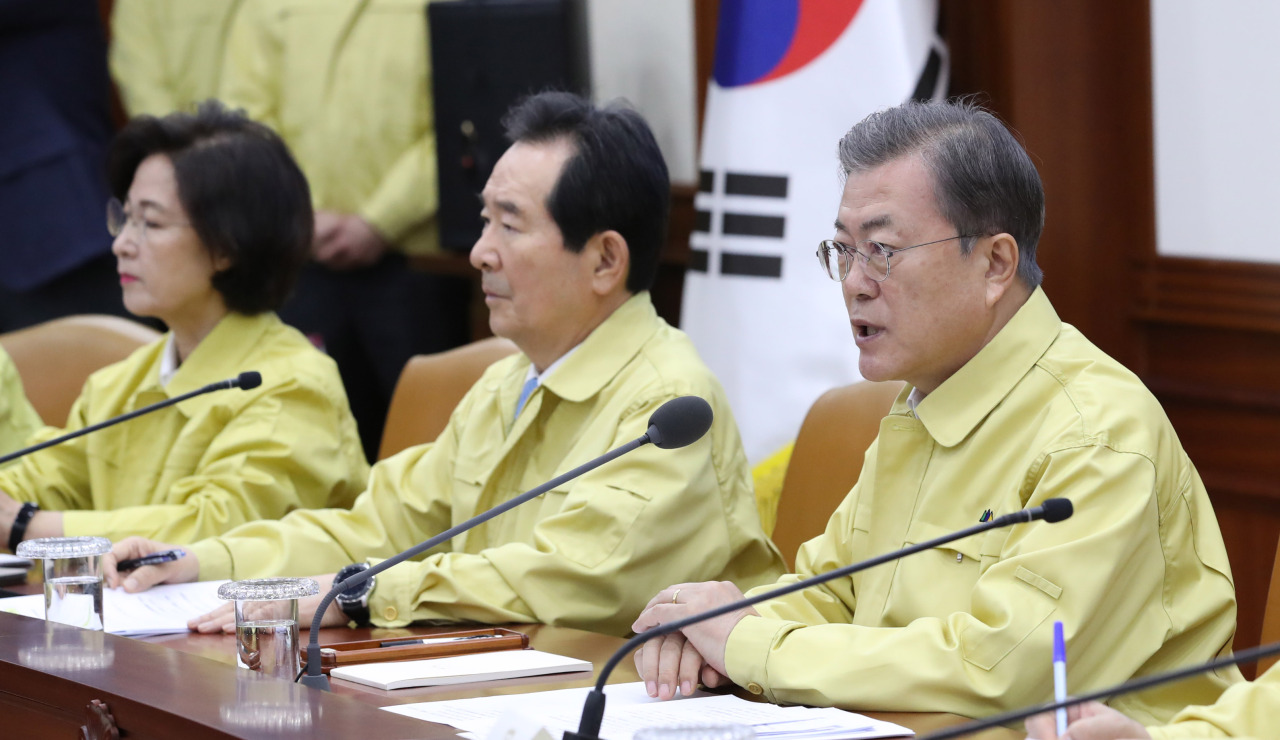 "There can be no compromise on the safety of the people," he said in televised remarks, presiding over an inter-agency meeting in Seoul on the country's response to the virus, which originated in China.

He urged the authorities here to be fully prepared for all scenarios and prepare all necessary measures.

"The faster preemptive, preventive measures are taken, the better -- and they should be powerful enough to be viewed as excessive," he said. "We need to maximize the response capacity of the government and local governments to prevent secondary infections."

Moon also declared a fight against fake news on the viral outbreak.

"The virus is not the only thing we have to face. We should actively stand up against excessive anxiety and vague fear," he said.

He instructed the government to release relevant information quickly and transparently.

The president emphasized the need for a can-do spirit, saying South Korea has world-class quarantine capabilities and experience in overcoming an outbreak like this.

"The weapons to protect ourselves from the new type of coronavirus are not terror and abhorrence but trust and cooperation," he said.

His remarks came amid protests by residents in two local towns, where hundreds of South Koreans evacuated from the Chinese city of Wuhan are set to be quarantined. (Yonhap)