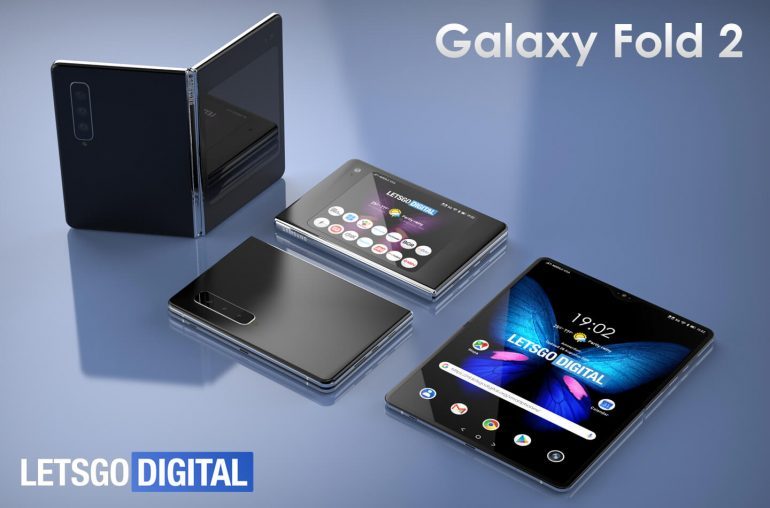 LetsGoDigital (https://en.letsgodigital.org/smartphones/samsung-galaxy-fold-2-foldable-phone/)
Amid rumors that the next edition of Galaxy Fold will feature a bigger screen and S Pen, speculations that it could replace the 10-year-old Galaxy Note series are gaining ground, according to industry sources Tuesday.

Responding to news reports based on a recent tweet that the Galaxy Fold 2 will feature an 8-inch main display, ultrathin glass and S Pen support, parts suppliers here said they are preparing for mass production of the device scheduled for the second half of the year.

However, they declined to reveal details of the launch date.

Some industry watchers are speculating that the next version of Galaxy Fold may gradually replace the flagship Galaxy Note series that has built its fandom with bigger screens and S Pen.

If the new foldable phone really comes with an 8-inch display as well as S Pen, users of the 6.8-inch Note variant (for Note10 Plus 5G in particular) could be tempted to opt for more diverse user experience on the bigger screen, according to industry watchers.

Based on Samsung’s normal release schedule, it is expected to unveil the 11th edition of Galaxy Note and the Galaxy Fold successor in August.

The Korean smartphone giant has been developing new technologies in recent years to add an S Pen to its foldable edition, according to a company official.

In the first edition, it was difficult to provide the pen feature due to the fragile colorless polyimide film cover of the phone.

However, as Samsung has reportedly decided to adopt an ultrathin glass that is more robust than the film, some of the technological difficulties seem to have been resolved.

“The foldable cover would need to be strong enough to endure the pen’s pressure,” an official from a subcontractor said.