South Korea on Sunday reported its third confirmed case of the Wuhan coronavirus amid mounting fears over the spread of the pneumonia-like illness throughout China and other parts of the world.

According to the Korea Centers for Disease Control and Prevention (KCDC), a 54-year-old South Korean resident of Wuhan who arrived back home on Monday tested positive for the new strain of the virus that has killed 56 people so far. 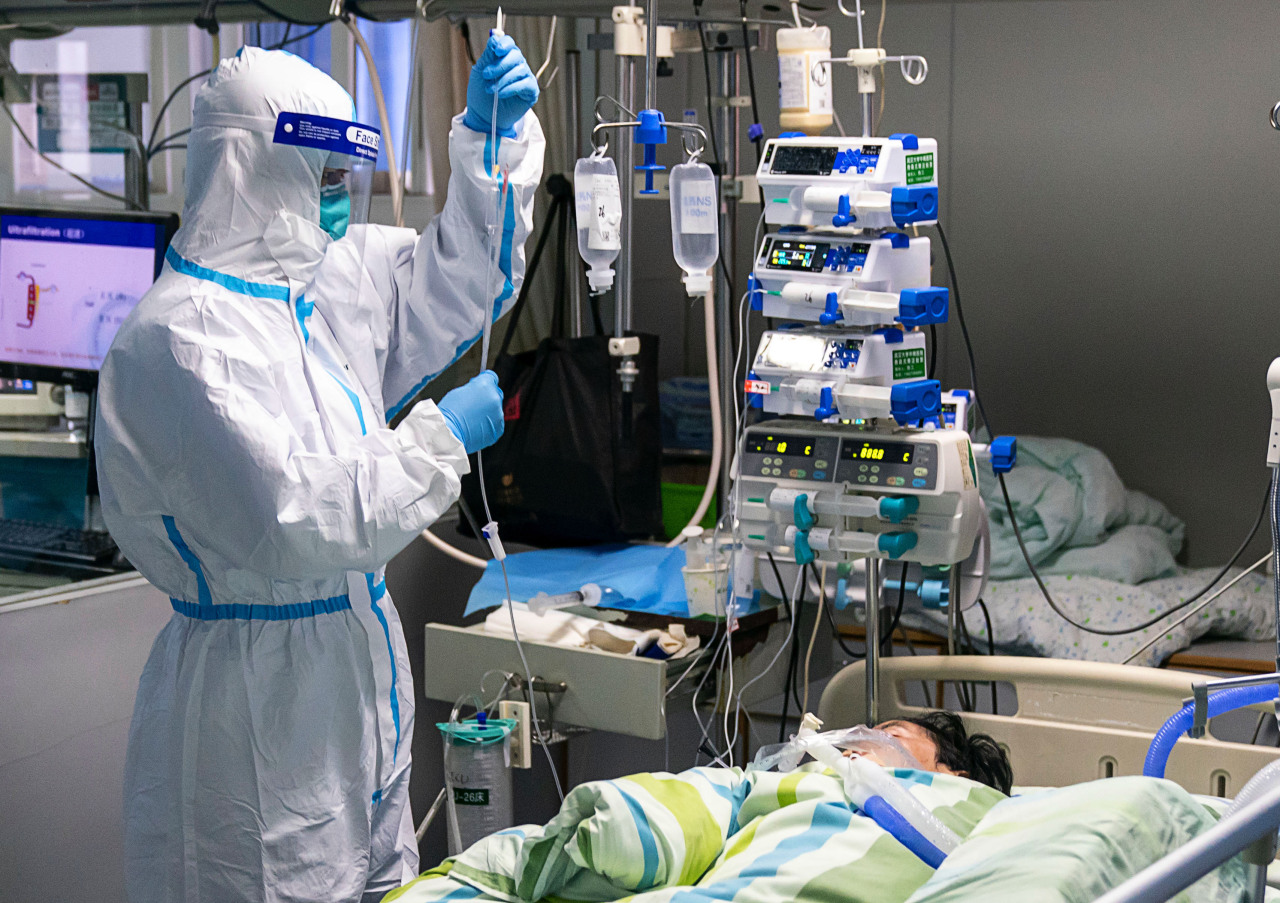 A patient with infected with the new strain of coronavirus is under treatment at a hospital in China. Yonhap
"Upon arrival at the airport he showed no symptoms but he started suffering from fever, chills and muscle cramps on Wednesday. His condition seems to have improved for a few days before getting worse again, at which time he contacted health authorities and was placed in isolation on Saturday for tests and treatment," the KCDC said.

It said more information about the third case will be made available in due course.

Besides the latest confirmed case, the KCDC said it has checked 47 people who have showed symptoms so far, with all testing negative for the illness. The tally was 32 on Saturday.

The country reported two confirmed cases of the new coronavirus strain on Monday and Friday and is keeping close tabs on those that may have come in contact with such people.

To counter the health threat posed by the virus, the health authorities here said Saturday that they have designated mainland China a "coronavirus watch" zone as part of their ongoing efforts to prevent the spread of the Wuhan coronavirus here.

Later in the day, South Korea's foreign ministry raised the travel advisory level for Wuhan and the Hubei region to "red alert" and recommended its citizens to evacuate the region.

The "red alert" is the third highest in the country's four-tier travel warning system.

Reflecting the concerns raised by the coronavirus, airports across South Korea have set up checkpoints to screen passengers from China and other countries for signs of illness, with local authorities accelerating quarantine efforts to contain the virus as people visit relatives at home or travel abroad.

Health workers stressed citizens should follow strict personal hygiene rules whether they are in the country or traveling abroad, especially since large numbers of Chinese tourists are visiting South Korea during the holiday period. The start of the Lunar New Year is celebrated by both Korean and Chinese people.

It also asked people to wash their hands frequently, cover their mouths when coughing and, if they have respiratory problems, wear a mask.

Common symptoms of the coronavirus, thought to have originated in Wuhan, central China, include fever, sore throat and breathing difficulties, with more acute cases bringing chills and muscle pain. Health experts said that elderly people and those with underlying disorders should be more careful.

China announced that besides the deaths, 1,975 people are confirmed infected amid concerns that the virus is spreading quickly and widely. It said that of those infected, 324 were in critical condition.

Outside China, Japan, Taiwan, Thailand, Vietnam, Singapore, Malaysia, Macao, Hong Kong, France, Australia and the United States have reported confirmed cases of the new coronavirus strain, and there are media reports of a new case in Canada. (Yonhap)