With the investment, Hanwha Systems will own a 30 percent stake in the US company, which currently runs a development project for eVTOL vehicle Butterfly. 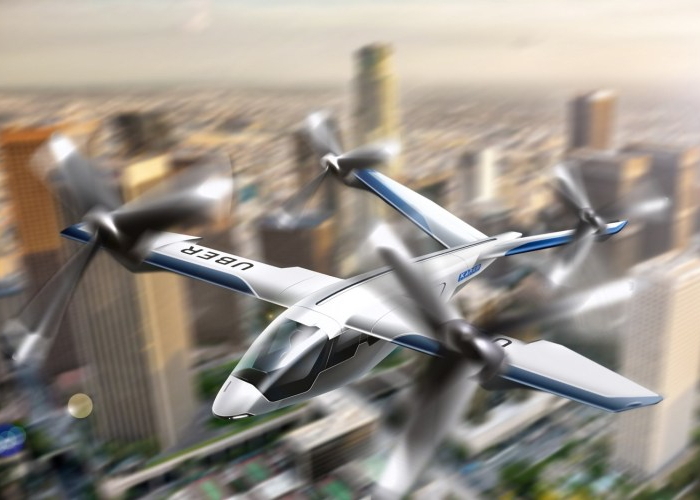 An image of California-based aircraft maker Overair’s electric takeoff and landing, or eVTOL, vehicle. (Overair)
The close of Overair’s Series A funding round came immediately after it gained a “deemed export” license from the Bureau of Industry and Securities in the US Department of Commerce. Earlier in December, the Committee on Foreign Investment in the US completed the deal review.

Thanks to the recent strength of the local currency against the greenback, Hanwha Systems managed to save 727.5 million won ($629,000) from its earlier estimate, according to a regulatory filing Tuesday.

The defense business arm of Korea’s chemicals-to-energy conglomerate Hanwha Group in July first made public the investment into Overair, which was previously named K4 Aeronautics -- a spinoff venture of US aerospace manufacturer Karem Aircraft.

Combining its patents for high-efficiency, low-noise eVTOL technology and Hanwha Systems’ industrial scale in avionics, system integration and aerospace manufacturing, Overair eyes deploying its first aerial ridesharing vehicles by 2023 and to commercialize them by 2025.

Overair is one of the partners for Uber Air’s personal air vehicle initiative, called Uber Elevate.