“Since the beginning of the year, it has been a whirlwind. Due to the tension in the Middle East, I think it will be a busy year ahead,” Foreign Minister Kang Kyung-wha told reporters Thursday at a New Year’s press event in Seoul. “The Foreign Ministry has been proactive in response to the latest military confrontation between the US and Iran, which has raised tension in the Middle East.

“We are faced with a grave (situation). I will endeavor to create a Foreign Ministry that puts our people and the national interest at the center.”

No sooner had South Korea rung in the New Year than it faced the question of how to deal with the US-Iran crisis, which escalated when the US killed Iran’s top military commander, Gen. Qassem Soleimani. Washington is now calling on its allies, including Seoul, to join a US-led maritime force to safeguard the Strait of Hormuz off the Iranian coast, the world’s largest oil chokepoint. 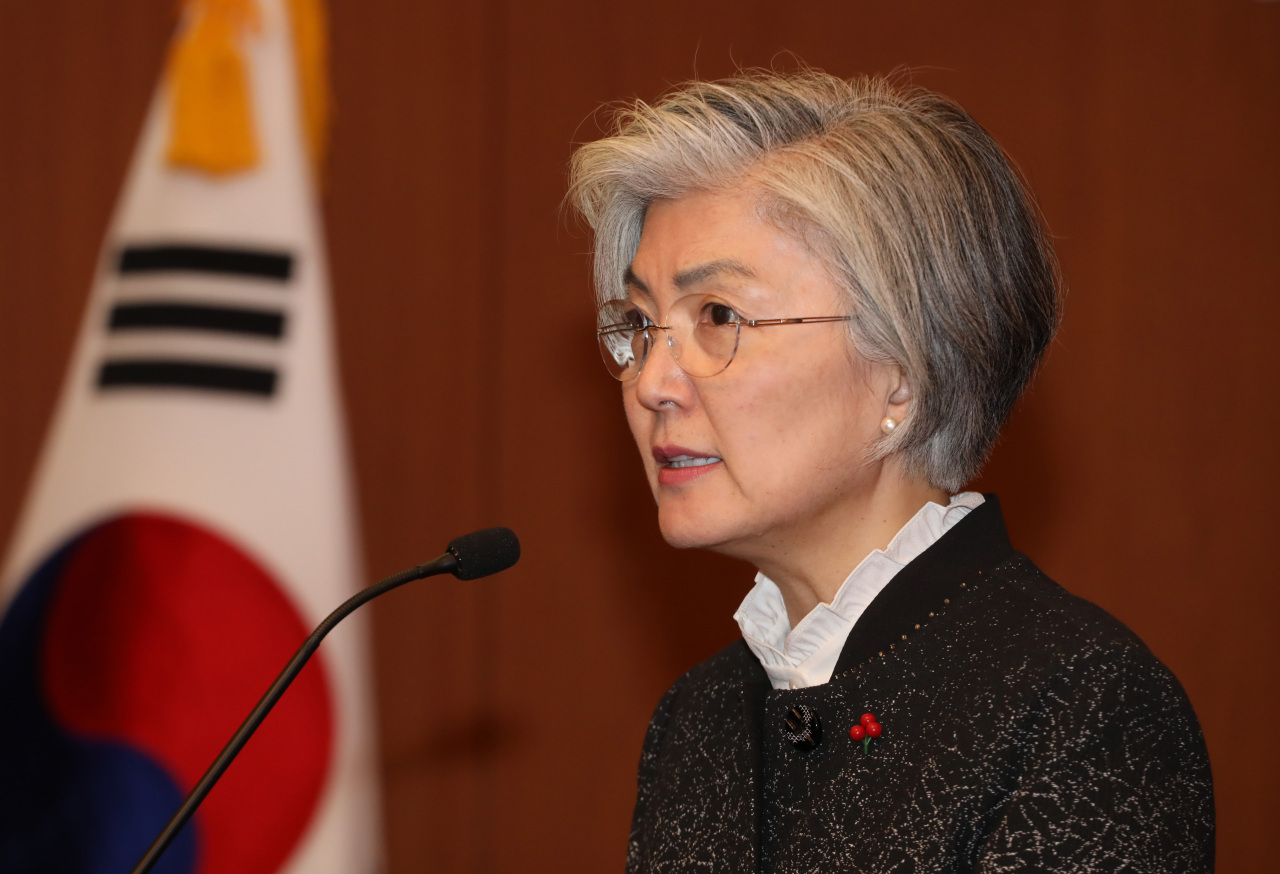 Seoul said it hasn’t yet made a decision, but there is speculation that the Navy’s anti-piracy Cheonghae Unit, currently stationed in the Gulf of Aden, could be redeployed four days away to the Strait of Hormuz.

Due to the tension with Iran, critics say, Washington will intensify pressure on Seoul to send troops to the region.

For Seoul, though, the conundrum is how to handle a request from its key ally and still maintain its economic ties with Iran.

“The US will definitely request (troops). But there are 1,600 (South) Koreans in Iraq. In Iran, there are 290 people, and of them, 240 are in Tehran. As the government’s decision affects those people, their safety should be the first and foremost priority,” the senior official said on condition of anonymity.

Kang is planning to meet US Secretary of State Mike Pompeo on Tuesday in San Francisco, and the possibility of a troop dispatch is expected to top the agenda.

Despite the large number of outstanding issues that need to be addressed, Kang has high hopes for Seoul on the foreign affairs front. This year, South Korea is hosting the P4G summit in June -- an international meeting of Partners for Green Growth and the Global Goals 2030 -- as well as a trilateral summit among South Korea, China and Japan.

Furthermore, South Korea is this year’s chair of MIKTA, an informal alliance of middle powers that also includes Mexico, Indonesia, Turkey and Australia.

By fulfilling its role as the chair of MIKTA, she said, South Korea is seeking results and is also considering ways to utilize MIKTA. “We will work hard, not only regarding issues concerning the Korean Peninsula and neighboring countries, but will also make great efforts to diversify diplomacy for the South Korean government and enhance service for our citizens.”