[ The Korea Herald – Send E-mail ]
With US-Iran tension, Korea braces for oil price hike
By Shin Ji-hye
Published : Jan 6, 2020 - 17:14
Updated : Jan 6, 2020 - 17:43
Heightened tensions between the US and Iran may force South Korea to further lower its oil import reliance on the Middle East, according to industry watchers.

As hostilities between the two nations escalated over the weekend, international oil prices have soared, stocks have fallen and prices for safe assets have soared.

President Moon Jae-in has ordered officials to “take a closer look at local civil safety and crude oil supply and demand, in addition to the security situation,” according to Cheong Wa Dae. Related to the matter, Moon also convened an emergency meeting of the National Security Council standing committee in the afternoon.

On the same day, high-ranking officials of related ministries, including the Prime Minister’s Office and the Ministries of Foreign Affairs, Trade, Defense and Maritime, gathered separately to discuss measures. A separate meeting of other economy-related ministers, presided over by Deputy Prime Minister and Finance Minister Hong Nam-ki, was also held. 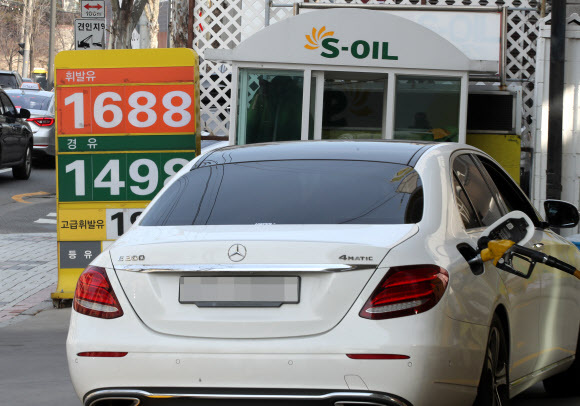 They reviewed current developments and ways to protect Korean citizens and companies in the region as well as measures regarding imports and exports with the region.

The conflict may have a limited impact on Korea in the meantime because the nation has not imported oil from Iran since May last year due to US sanctions. However, if the situation worsens, domestic impact is unlikely to be avoided, industry watchers said.

“If Iran decides to start an all-out war, blocking the main oil channel, the Strait of Hormuz or attacking oil facilities of other Middle East nations of the US allies, it would have dire consequences,” said Cho Sang-beom, a communication manager at the Korea Petroleum Association.

The Strait of Hormuz is a strategic chokepoint through which about 30 percent of the world’s crude oil flows. The blockade of the strait may lead to a surge in international oil prices. The Middle East is a key region for Korea, as it imports 70 percent of oil from the continent, including Saudi Arabia, Kuwait and the United Arab Emirates.

Song Ki-ho, a partner attorney at SoorunAsia Law, which specializes in international trade, said Korea should call for peace in the region.

“The impact on Korea is not small considering various factors, including Korean companies doing business in Iraq and the US calling for Korean troops. We should raise our voice for peace in the Middle East, even with the moderation of attitude.”

Meanwhile, oil prices in Korea have continued to rise as major oil producers have agreed to cut crude oil production this year. National gas station gasoline prices rose for the seventh consecutive week in the first week of the new year.

Local airline stocks weakened on the day due to concerns over rising oil prices.