"We call on Iran to withdraw all measures that are not in line with the nuclear agreement," German Chancellor Angela Merkel, French President Emmanuel Macron and British PM Boris Johnson said in a joint statement.

The 2015 agreement negotiated between Iran and the UN Security Council permanent members -- Britain, France, China, Russia and the United States -- plus Germany offered Tehran relief from stinging sanctions in return for curbs to prevent it acquiring nuclear weapons. 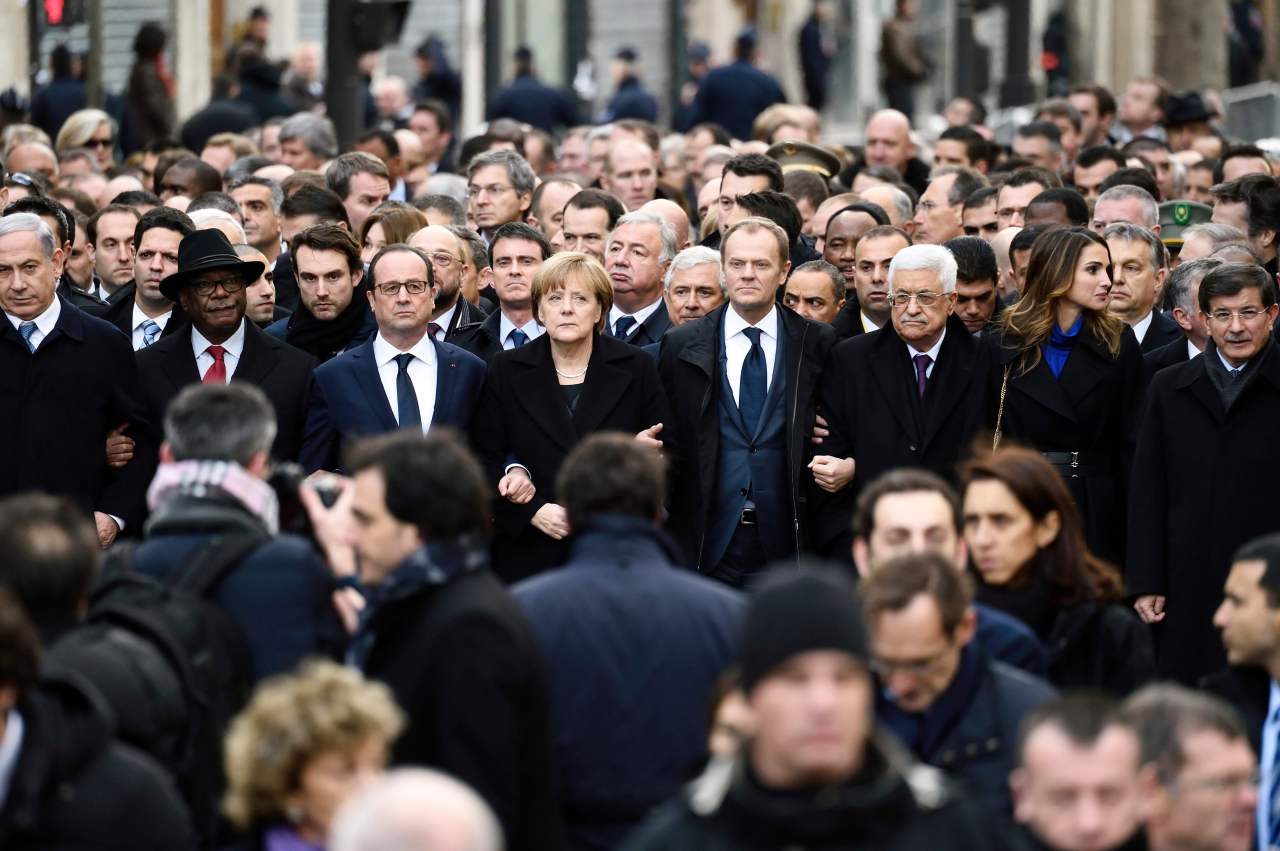 (AFP-Yonhap)
But US President Donald Trump's withdrawal from the deal last year had largely left it in tatters, with Iran in turn progressively dropping key commitments in the accord.

"It is crucial now to de-escalate. We call on all the players involved to show utmost restraint and responsibility."

The European leaders also pleaded with the parties to not jeopardise a battle against IS jihadists, after the Iraqi parliament passed a resolution demanding that thousands of US troops be ousted.

"Preserving the (anti-IS) coalition is of great importance in this context. We call on the Iraqi authorities to continue to provide the coalition with the necessary support," they said.

The US soldiers stationed across Iraqi bases are deployed as part of the broader international coalition, invited by the Iraqi government in 2014 to help fight IS.

The joint statement issued by the three leaders came hours after they spoke on the phone.

Earlier Sunday, a German government spokesman said the three leaders agreed to cooperate towards reducing tensions in the region. (AFP)