[ The Korea Herald – Send E-mail ]
M&As to keep Korean industries going in 2020
By Son Ji-hyoung
Published : Dec 31, 2019 - 16:33
Updated : Dec 31, 2019 - 17:16
South Korea was brimming with billiondollar mergers and acquisitions in 2019, mainly propelled by large business groups in search of new growth opportunities, along with the divestment of their noncore business units.

Experts say this uptrend will continue and will eventually fuel an industrial revamp in 2020. 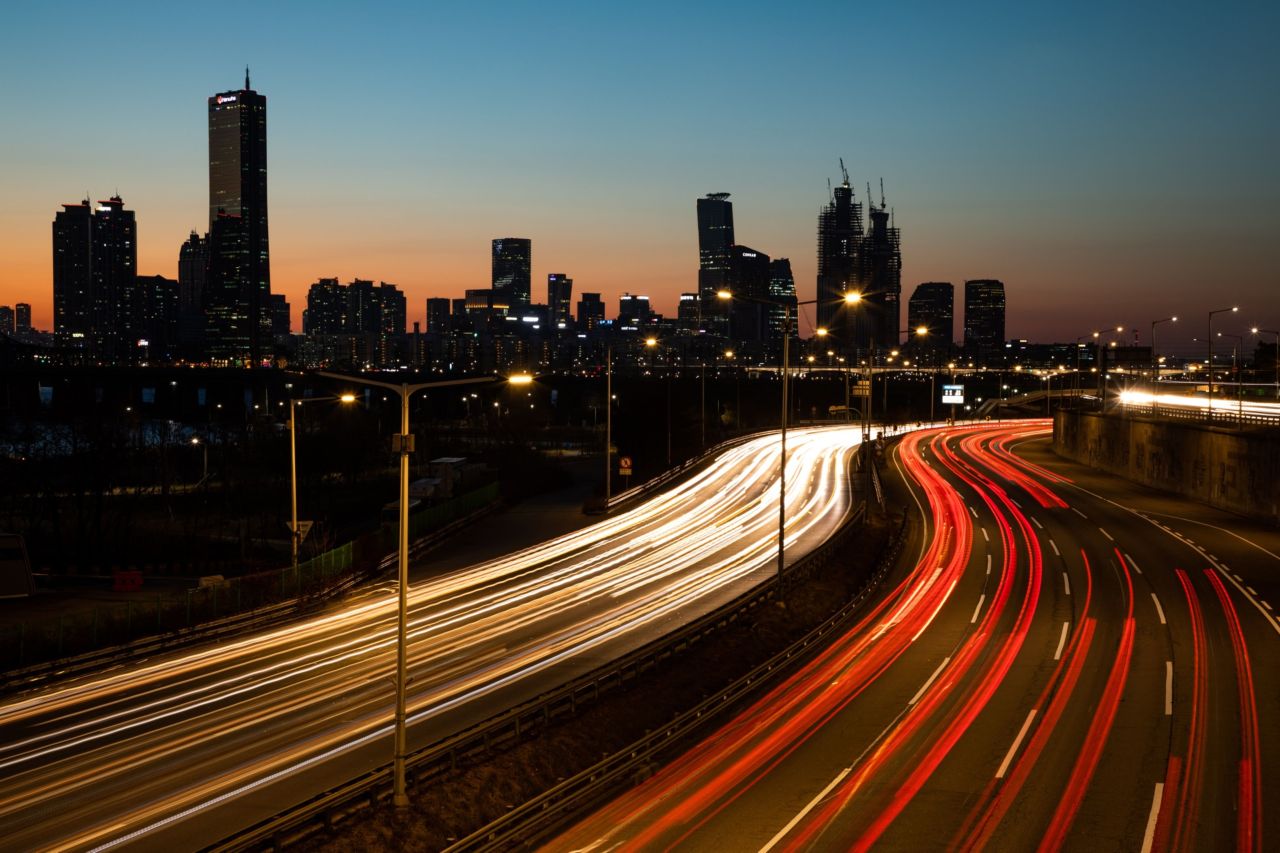 A night view in Seoul. (Bloomberg)
Korean conglomerates have been the biggest buyers in 2019. Their huge deals sought to reshape the industry at home and abroad. But some cases often left them saddled with financial burdens.

Woongjin Group regained control of water purifier rental company Coway in March, as a consortium comprising its educational arm Woongjin Thinkbig and private equity STIC Investment bought 22.17 percent stake for 1.7 trillion won from MBK Partners, until it put its voting rights up for sale after merely three months due to indebtedness.

The pay TV market in Korea is also expected to undergo a major reshuffle starting 2020, as LG Uplus’ acquisition of LG HelloVision from CJ ENM for 800 billion won was closed after regulatory approval in December. SK Broadband’s merger with T-broad is awaiting a review by authorities next year. The two entities owned by major telecom companies here will narrow the gap with the market leader KT and its affiliate KT Skylife, in their efforts to make inroads into pay TV services.

Many more domestic megadeals by conglomerates are in the offing.

In December, a consortium composed of Hyundai Development Company and Mirae Asset Daewoo announced a 2 trillion won takeover of 61.5 percent stake -- including existing shares from Kumho and newly issued shares -- of Asiana Airlines, South Korea’s second-largest air carrier. Netmarble also agreed to become the No. 1 shareholder of Coway, in a plan to buy a 25.08 percent stake for 1.7 trillion won.

In 2020, business reorganization through M&As will increasingly become the norm, said an M&A expert.

Corporate reorganizations stem from conglomerates’ need to address the shifting sands across the industries with the arrival of digitalization, another expert said.

“In the face of the ‘fourth industrial revolution,’ more selloffs of units devoted to manufacturing, construction and freight transportation are expected,” said Ahn Chan-sik, partner at HMP Law. “In the meantime, there would be growing demand for stake purchase in industries like finance, media and distribution.”

By sectors, insurance firms are fast-emerging targets for M&A deals, in the face of new accounting standards -- International Financial Reporting Standards 17 -- that go into effect in 2021, experts said.

While such deals -- often supported by debt -- sparked concerns about financial instability coupled with the acquired companies’ subpar profitability, experts said they are not cause for concern in the long run.

“The short-term profitability of an acquired firm cannot be a parameter to evaluate whether an M&A deal is successful. What counts instead is the effect the M&As have on the industry,” Lee of Yulchon said.

What to look out for in the M&A activities is the PEFs’ tendency to jump in major deals and their exit from the portfolio firms with high returns on investment, the experts added.

“Money is flowing in private equity funds and talents are jumping into such investment firms. These firms are becoming more experienced, which will increase the clout of PEFs in the Korean M&A landscape,” Lee of Yulchon said. “Strategic investors in 2019 had a tendency to go for a club deal with PEFs, and this will continue in the future.”

Meanwhile, there were signs that startups are seeking a quantum jump through sales of their controlling stake.

The biggest deal announced in 2019 was of a Korean unicorn – startups valued at over $1 billion.

Woowa Brothers, a food delivery unicorn that operates a No.1 mobile app called Baedal Minjok, has agreed to sell its entire stake to German company Delivery Hero at a $4 billion valuation.

Medit, another Korean startup that manufactures 3D dental scanners, also chose sales of its controlling shares, instead of earlier plans to go public. Medit CEO Chang Min-ho sold his 50 percent stake plus a share to Unison Capital for 320 billion won.

Experts were mixed as to whether M&A is a go-to option for startups to secure cash.

“For startups, M&As cost less time and money, making highly-valued startups more inclined to for stake deals instead of going through a more rigorous financial standard to be listed on a stock market,” Ahn of HMP Law said.

“For startup entrepreneurs, listing is a more likely option to exit, even when their startups were highly valued through stake selloff deals. Considering the CEOs’ influence on most unicorns in Korea, their exit from the startup through M&A deals at once may carry risks,” said Kim Mok-hong, partner at Bae, Kim & Lee.