According to CEO Score, Lee’s stock assets rose the most in the nation in 2019 and he is the only individual whose share value exceeds 10 trillion won here. 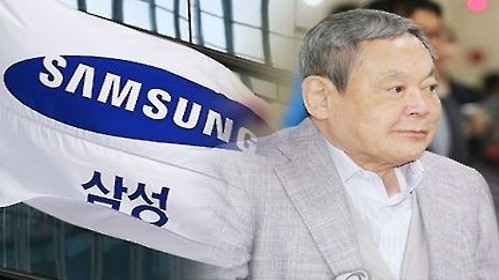 Lee’s immediate family members figure in the top 15 list, with a combined value of more than 30 trillion won.

His wife, Hong Ra-hee, came in sixth with a 0.91 stake in Samsung Electronics whose estimated value is 3 trillion won. His two daughters, Lee Boo-jin and Lee Seo-hyun, ranked 11th and 12th, with each holding a 5.51 percent stake in Samsung C&T. The value of their stocks stood at 1.7 trillion won each.

Meanwhile, the Celltrion and Hanmi Pharmaceutical chiefs saw the biggest decline in their stock assets.