The South Korean game company revealed its intention to branch out to a whole new business field in October, when it was named the preferred bidder for a 25.08 controlling stake in Coway.

Netmarble CEO Kwon Young-sik had said in a conference call with investors that the acquisition is a part of the company’s continued search for new growth engines and diversified business portfolio. 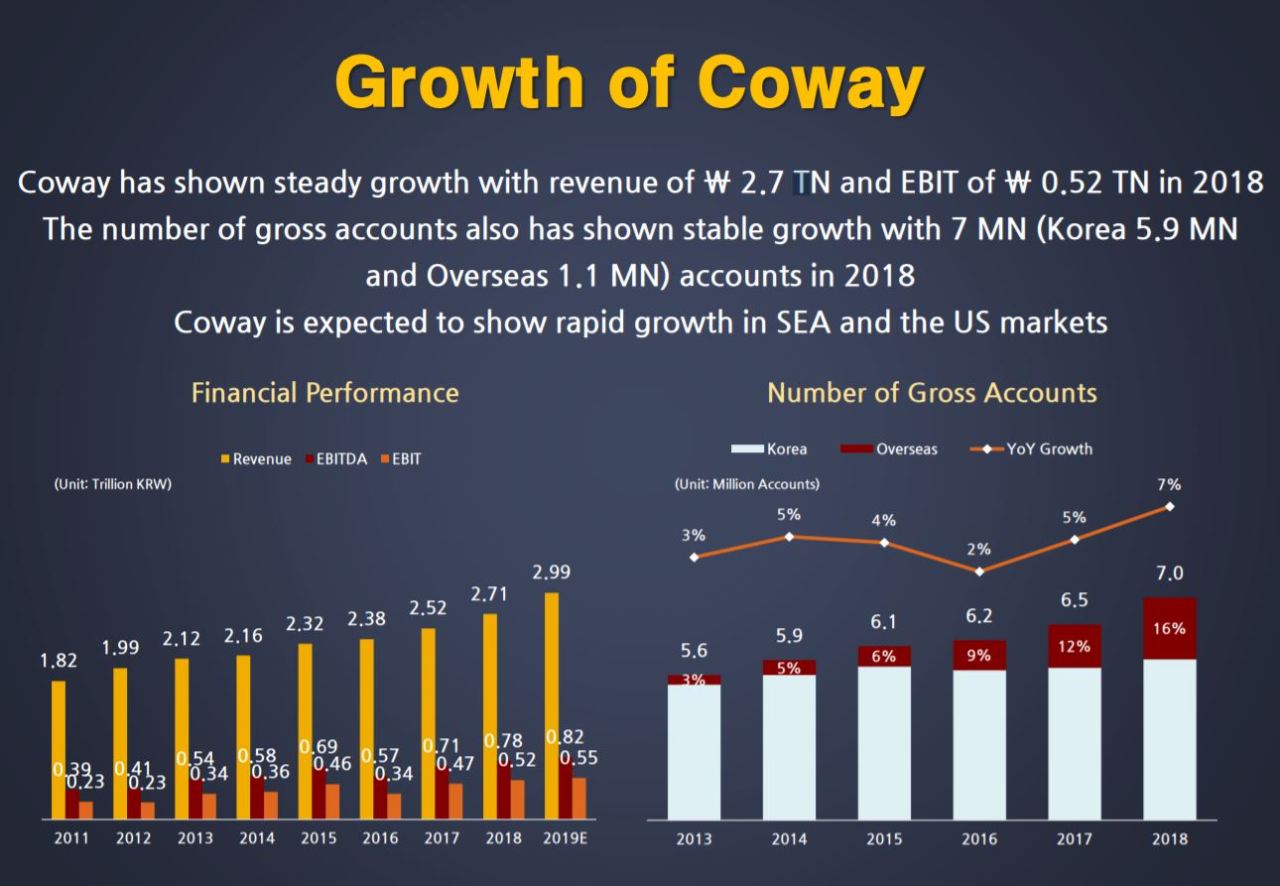 As a game company, Netmarble has been developing artificial intelligence, big data and cloud technologies. It plans to apply its information technology know-how to Coway’s household electronics to tap the subscription market for internet of things homes, he said.

“Netmarble’s current price-earnings ratio, about 26.7 times, will fall to around 20 times,” the analyst said.

PER is the ratio of a company’s share price to the company’s earnings per share. The ratio shows if a company is overvalued or undervalued – a lower ratio suggests a company’s finances are healthy.

Lee said that given the uncertainty of the proposed synergies between a game firm and a home appliance rental service, and the comparatively low return on equity, Netmarble’s valuation remains high.

“To justify the high valuation, Netmarble needs to improve on the fundamentals of its main gaming business. The future direction of Netmarble’s stock price will depend more on the performance of its new game titles than the Coway acquisition,” Lee said.

Netmarble assessed Coway as the No. 1 leader in the rental market with water and air purifiers and mattresses. The game company believes that when its IT capabilities meet Coway’s subscription-based business, the two have potential to expand their business to smart homes -- forecast by IHS Markit to see a six-year annual growth of 43 percent to $192 billion by 2023.

Coway has shown steady growth with revenue of 2.7 trillion won and 520 billion won EBITDA in 2018. The company is expected to show rapid growth in Southeast Asia and the US, Netmarble said.

The Korean consumer and household rental market is also forecast to grow to 10.7 trillion won by 2020 with a five-year growth rate of 16 percent, according to Korea Development Institute.