The move, long awaited by civic groups that denounced chaebol families’ alleged misdeeds, comes as the public pension fund approved its shareholder engagement guidelines Friday, effective immediately. The latest action would allow the nation’s largest institutional investor to demand corrections or, as a last resort, the ouster of executives of companies in which it holds shares.

Eyes are now on whether the fund -- which managed 714.3 trillion won ($615.5 billion) worth of assets as of end-September -- might oppose the reappointment of chaebol family members who stand accused of misconduct, including Hyosung Chairman Cho Hyun-joon and Daelim Group Chairman Lee Hae-wook. 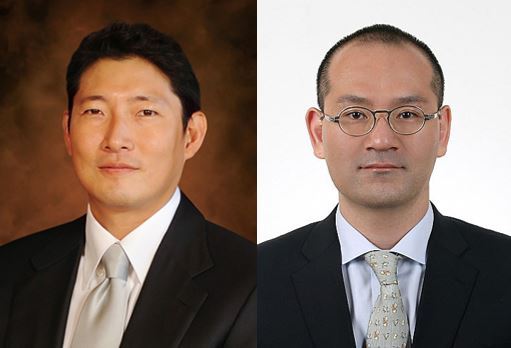 Hyosung Chairman Cho Hyun-joon (left) and Daelim Chairman Lee Hae-mook
Cho was accused of unfairly transferring money to a Hyosung affiliate company through total return swaps in December. He also appealed to the high court after he was sentenced to a two-year jail term for breach of trust in September. Meanwhile, Lee was indicted for allegedly engaging in unfair business practices by forcing Daelim’s hotel subsidiary to use the branding rights of a company wholly owned by Lee and his son.

A civic activist group, People’s Solidarity for Participatory Democracy, has called for NPS to engage in proper shareholder activism, and said the new guidelines could be the first step.

“An indictment of a company executive has an impact on stock prices, and the role of NPS is crucial in that its role is to prevent the stock value from falling to ensure a stable pension income (for Koreans),” Lee Ji-woo, coordinator of PSPD’s Center for Economic and Financial Justice, told The Korea Herald.

While the NPS stressed the new guidelines were meant to “pursue transparency and impartiality” for the sake of market predictability, businesspeople expressed fierce opposition.

Some of their representatives were absent from the NPS’ Fund Management Committee meeting presided over by Minister Park on Friday. The Federation of Korean Industries, representing major conglomerates here, expressed concerns about the NPS’ “interference with business management and corporate governance,” saying the action could “suppress their effort to enter into a new realm of business and create jobs.”

Still, experts say the new guidelines could curtail the power of Korea’s chaebol -- or family-owned conglomerates -- which has dampened return on investment.

“When an executive of a company commits embezzlement or breach of trust, it is normal to step down voluntarily prior to the final court decision, but it is often not the case for chaebol families,” Bruce Lee, chief executive of Zebra Investment Management, told The Korea Herald.

Lee added that the new guidelines would allow the NPS to prevent the firm’s board composition from being in murky waters due to the influence of owner families. 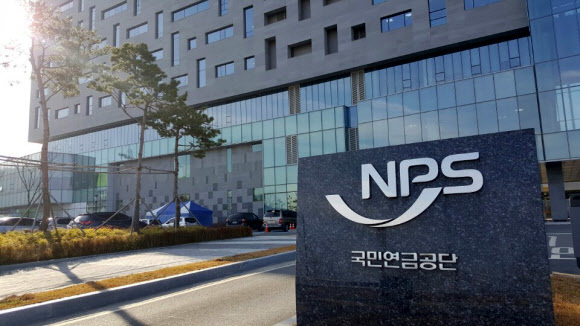 (Yonhap)
According to the recent decision, the NPS’ Fund Management Committee -- the governing body of the pension fund -- may, under the Commercial Act and the Capital Markets Act, carry out shareholder activism against troubled portfolio firms, which in extreme cases may include proposing the dismissal of executives.

Prior to the process, the NPS’ 14-member special committee on fiduciary responsibility would shortlist troubled companies, if the fund’s efforts to improve the situation with closed-door discussions bore little fruit.

NPS would announce its engagement in a firm’s management when the special committee handed over the case to the top committee, while shares of those companies in which the NPS held at least a 10 percent stake would be suspended from trading immediately. The number of such companies stood at 83 as of end-2018.

In the face of the new guidelines, businesspeople have expressed frustration over the lack of defense strategies once a proxy battle in a shareholders meeting unfolds.

Korea Corporate Governance Service research fellow Song Min-kyung, however, said their argument lacks substance, citing the virtual nonexistence of hostile acquisitions in Korea and the possible strategic handover of shares by affiliated people or treasury stocks to a friendly shareholder -- for example, including Samsung C&T’s sales of 5.76 percent treasury shares to KCC in 2015 in a proxy fight surrounding its merger with Cheil Industries.

“It is premature to discuss new methods for conglomerates’ hostile takeover defenses at this moment,” Song told The Korea Herald.