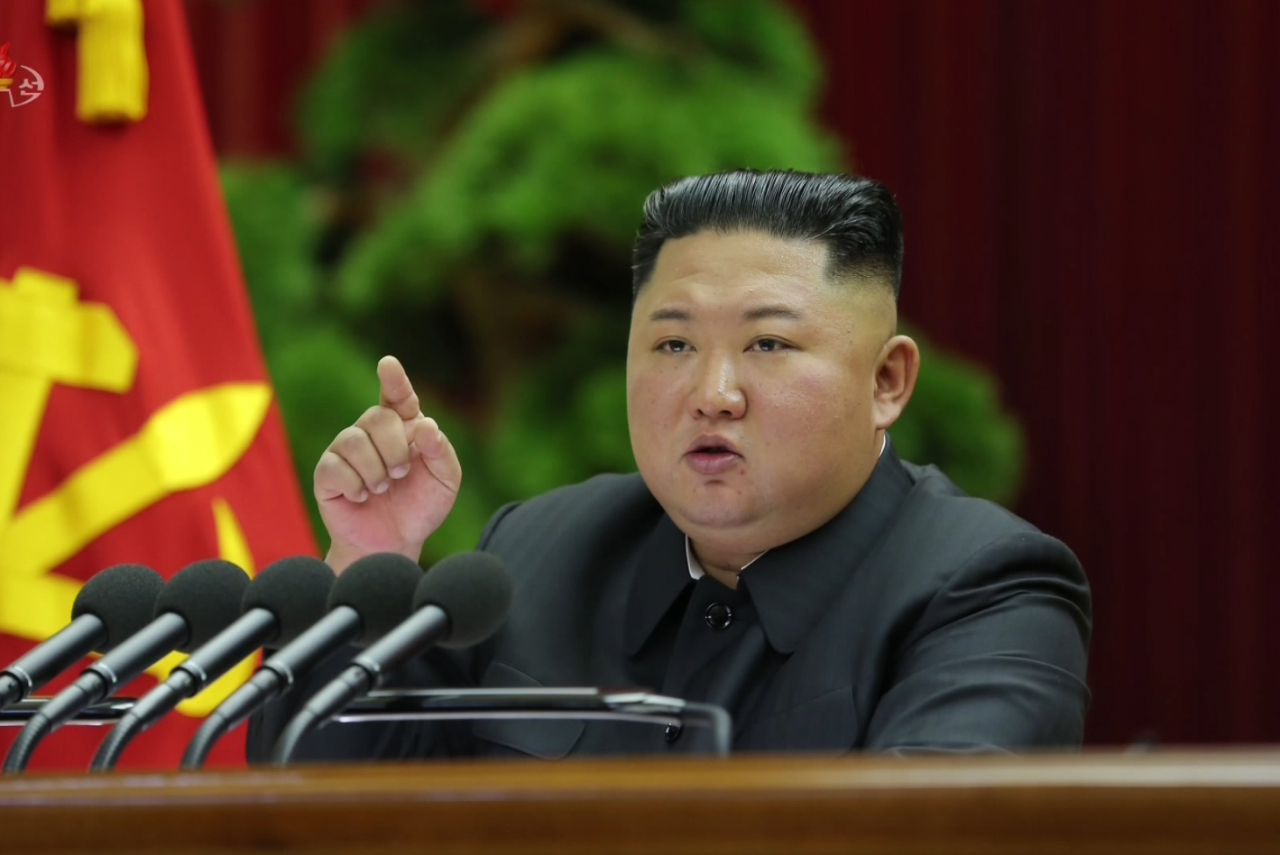 North Korean leader Kim Jong-un speaks during the fifth plenary meeting of the seventh central committee of the Workers’ Party of Korea on Dec. 29, 2019. (KCNA-Yonhap)
North Korean leader Kim Jong-un chaired the first part of a key ruling party meeting in Pyongyang on Saturday, amid speculation that the communist state may proclaim a “new path” in the face of stalled disarmament talks with the US

Attended by key party and military officers, the fifth plenary session of the seventh Central Committee of the Workers’ Party discussed details regarding building of the state and its defense, the North’s official Korean Central News Agency said.

“In response to changed situation at home and abroad, we intend to enhance our strategic position and empower the state, while engaging in a policy of struggle to expand socialism,” the KCNA said, describing the Saturday’s session as the first day and adding the meeting will go on. Details were not disclosed.

The announcement surprised North Korean watchers as the meeting has been a one-day event for the past decades except for 1990, when it extended for five days under Kim Il-sung, Kim Jong-un’s grandfather who founded the regime.

“The extended meeting is to demonstrate Kim is putting every policy in review,” said Shin Beom-chul, a senior fellow at the Asan Institute for Policy Studies. The political gathering, which is required to be convened at least once annually, serves to unveil Kim’s major policies to the outside world.

Washington and Pyongyang have been at odds over the path to denuclearization since the Hanoi summit in February ended with no agreement. The North has since demanded the US bring concessions to the table by the end of this year. Pyongyang warned it will pursue a “new path” if the US misses the deadline.

Observers have speculated the path could refer to ending its moratorium on weapons development. In April 2018, Kim and his party adopted a unanimous resolution to demolish the now-defunct Punggye-ri nuclear test site and to halt intercontinental ballistic missile tests.

Cheong Seong-chang, director of the Center for North Korean Studies at the Sejong Institute, said Pyongyang could discuss expanding its hard-line approach to Washington, while reviewing economic agendas to jumpstart the flailing economy, at the latest party gathering.

“Bolstering military capabilities will be a top priority for North Koreans. But they will pay just as much time on the economy,” said Kim Dong-yup, a professor at Kyungnam University’s Far East Institute.