They will then travel to the south western city of Chengdu for a trilateral meeting with Chinese Premier Li Keqiang.

Though they are expected to discuss various economic matters, North Korea appears likely to dominate the agenda. Pyongyang has grown increasingly frustrated that its halt of nuclear and long-range missile tests has not ended the crippling economic sanctions against it. 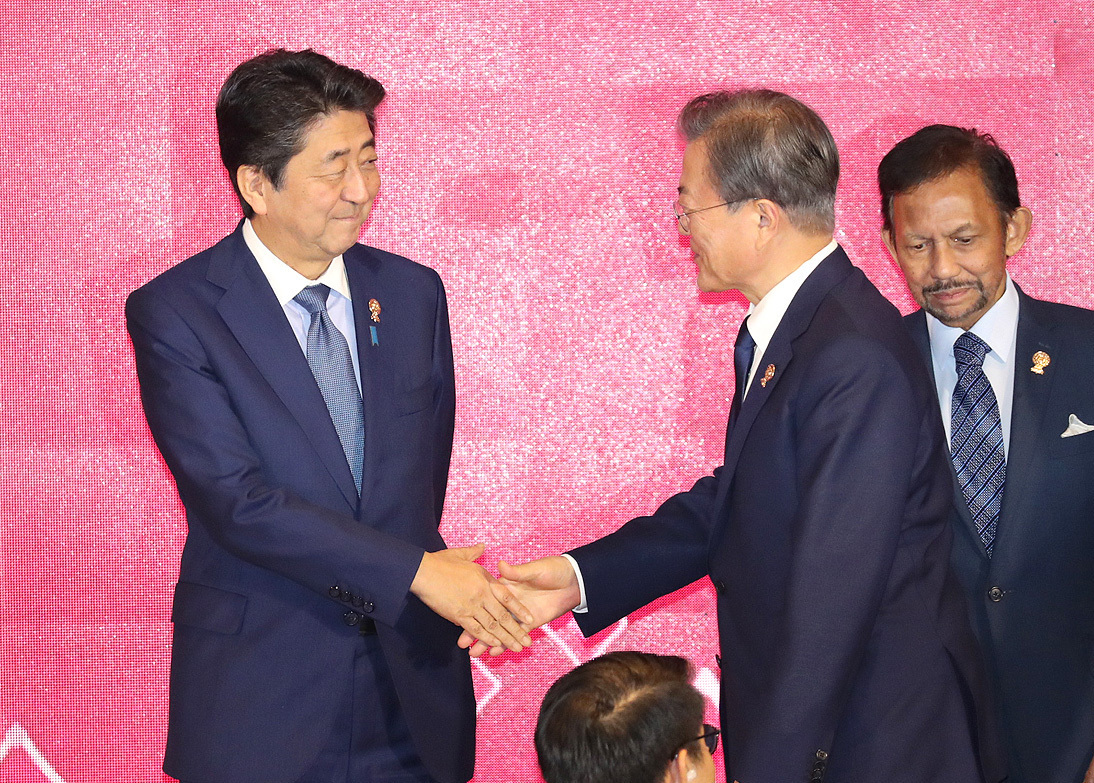 (Yonhap)
It set a Dec. 31 deadline for the United States to make concessions, but Washington has been unmoved.

Some experts believe North Korea may be readying to test an intercontinental ballistic missile launch soon, which wouldlikely end the 2018 agreement struck by its leader, Kim Jong-un,and US President Donald Trump.

"Safeguarding the stability and peace of the Korean Peninsula and pushing for a political solution to the Korean Peninsula issue are in the interests of China, Japan and South Korea," Chinese Vice Foreign Minister Luo Zhaohui told reporters on Thursday at a briefing on the trilateral meetings.

North Korea has not responded to his public call to resume dialogue, however. "The silence, even after Biegun's speech in Seoul, makes me concerned," Jenny Town, managing editor at the North Korea monitoring website 38 North, said on Twitter.

Beijing, jointly with Russia, proposed on Monday that the United Nations Security Council lift some sanctions in what it calls an attempt to break the current deadlock and seeks to build support. But it's unclear whether Beijing can convince Seoul and Tokyo to break ranks from Washington, which has made its opposition clear and can veto any resolution.

Though South Korea sees China as instrumental in reviving negotiations, it has so far side stepped questions on whether it supports the new proposal by Beijing and Moscow. Japan, which has historically been a staunch supporter of sanctions against North Korea, has also refrained from commenting on the proposal.

"With the (2020 Tokyo) Olympics coming up, North Korea going wild would pose a problem for Japan," said Narushige Michishita, professor at Japan's National Graduate Institute for Policy Studies. "But bilateral talks with North Korea, for example, willprobably be a better approach for Japan than easing UN sanctions." (Reuters)