UNITED NATIONS (Reuters) -- China and Russia on Monday proposed the UN Security Council lift a ban on North Korea exporting statues, seafood and textiles, according to a draft resolution seen by Reuters, in a move Russia said is aimed at encouraging talks between Washington and Pyongyang.

The draft also called for a ban to be lifted on North Koreans working abroad and the termination of a 2017 requirementfor all such workers to be repatriated by next week. The draftwould also exempt inter-Korean rail and road cooperation projects from UN sanctions.

It was not immediately clear when or if the draft resolution could be put to a vote in the 15-member Security Council. A resolution needs nine votes in favor and no vetoes by the United States, France, Britain, Russia or China to pass.

He said the sanctions they had proposed lifting were "not directly related to the North Korea nuclear program, this is a humanitarian issue." 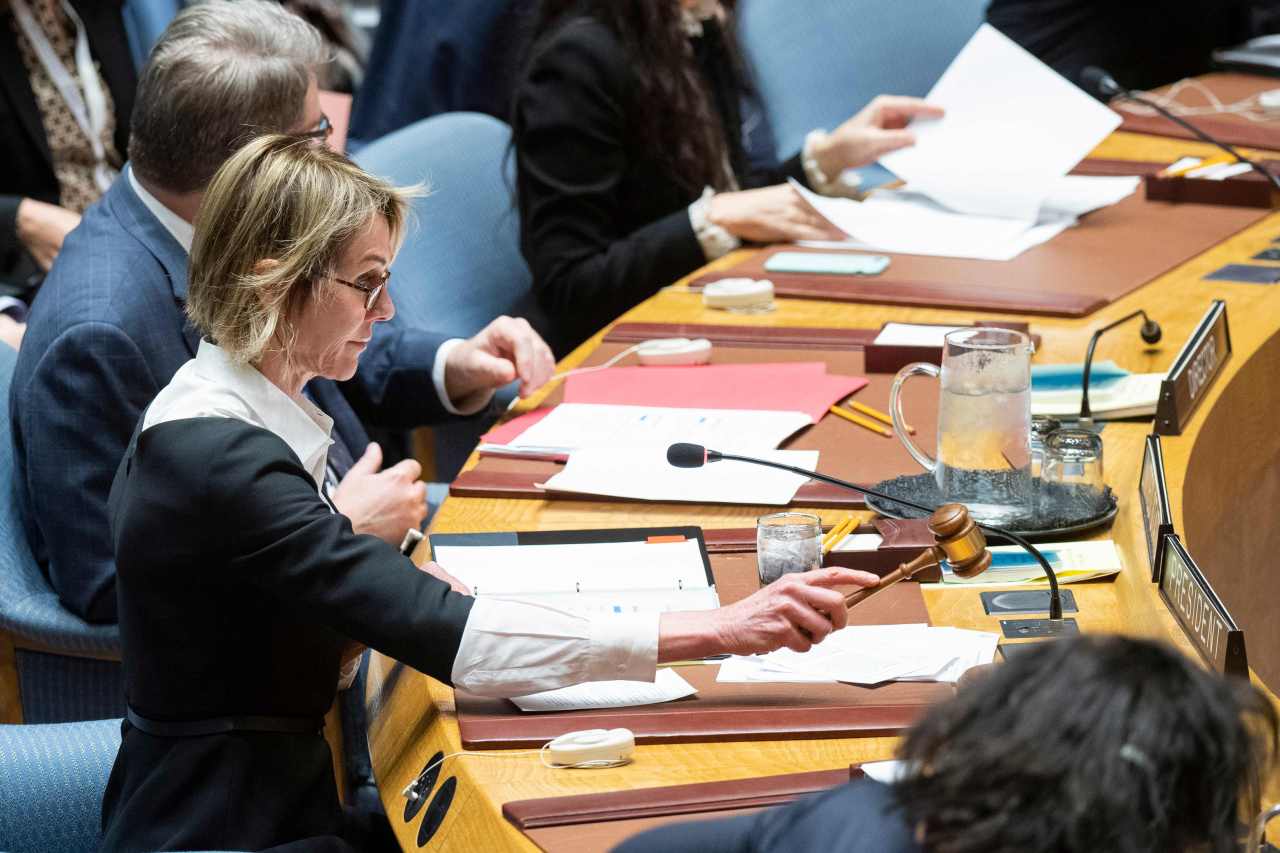 (AFP-Yonhap)
A US State Department official said now was not the time for the Security Council to consider lifting sanctions on North Korea as the country was "threatening to conduct an escalated provocation, refusing to meet to discuss denuclearization, and continuing to maintain and advance its prohibited weapons of mass destruction and ballistic missile programs."

The sanctions on industries that Russia and China have proposed lifting earned North Korea hundreds of millions of dollars and were put in place in 2016 and 2017 to try and cut off funding for Pyongyang's nuclear and missile programs.

The United States, Britain and France have insisted that no UN sanctions should be lifted until North Korea gives up its nuclear and ballistic missile programs. Pyongyang has been subject to UN sanctions because of those programs since 2006.

"On North Korea, as in the past, it's very important that the council maintains unity," German UN Ambassador Christoph Heusgen said on Monday.

Concerns were growing internationally that North Korea could resume nuclear or long-range missile testing -- suspended since 2017 -- because denuclearization talks between Pyongyang and Washington have stalled.

North Korean leader Kim Jong-un and US President Donald Trump have met three times since June 2018, but no progress toward has been made and Kim has given Trump until the end of 2019 to show flexibility.

Nebenzia said the draft resolution was aimed at encouraging talks between the United States and North Korea. "That's the whole idea, we don't do this resolution in spite, we really want to facilitate," he added.

The draft welcomes "the continuation of the dialogue between the United States and the DPRK at all levels, aimed at establishing new US-DPRK relations, building mutual confidence and joining efforts to build a lasting and stable peace on the Korean Peninsula in a staged and synchronized manner."

DPRK stands for the Democratic People's Republic of Korea.

It also calls the so-called six-party talks between North Korea, South Korea, China, the United States, Russia and Japan to be resumed or the launching of "multilateral consultations in any other similar format, with the goal of facilitating a peaceful and comprehensive solution through dialogue."

Russia and China have long said the Security Council should reward Pyongyang after Kim pledged in 2018 to work toward denuclearization.

At a council meeting on North Korea last week -- called by the United States -- China's UN Ambassador Zhang Jun said sanctions should be adjusted to "head off a dramatic reversal"of the situation.

The draft resolution circulated to the Security Council by Russia and China said the sanctions would be terminated "with the intent of enhancing the livelihood of the civilian population."

Pyongyang was famous for building huge, socialist-style statues, which it exports mainly to African countries. Some analysts estimated that North Korea had made tens of millions of dollars selling such statues. It also made millions of dollars from seafood.

A UN diplomat said in 2017 that North Korea had been expected to earn some $295 million from seafood exports that year.Textiles were North Korea's second-biggest export after coaland other minerals in 2016, totaling $752 million, according to data from the Korea Trade-Investment Promotion Agency (KOTRA).

A UN human rightsinvestigator said in 2015 that North Korea was forcing more than 50,000 people to work abroad, mainly in Russia and China,earning between $1.2 billion and $2.3 billion a year. (Reuters)