[ The Korea Herald – Send E-mail ]
[Herald Review] Eternal romance of ‘Phantom’ touches hearts of Koreans
By Im Eun-byel
Published : Dec 15, 2019 - 17:00
Updated : Dec 15, 2019 - 17:00
Musical “The Phantom of the Opera” is set in the iconic Paris Opera House in central Paris, also known as the Palais Garnier. Built in the late 19th century by Charles Garnier, the establishment is one of the city’s must-see spots to this day.

A mysterious figure referred to as the phantom lives beneath the opera house, away from others. He wears a mask to hide his scarred face. He falls in love with young soprano Christine Daae. Christine comes to believe the phantom is her “angel of music,” sent by her late father, a violinist. 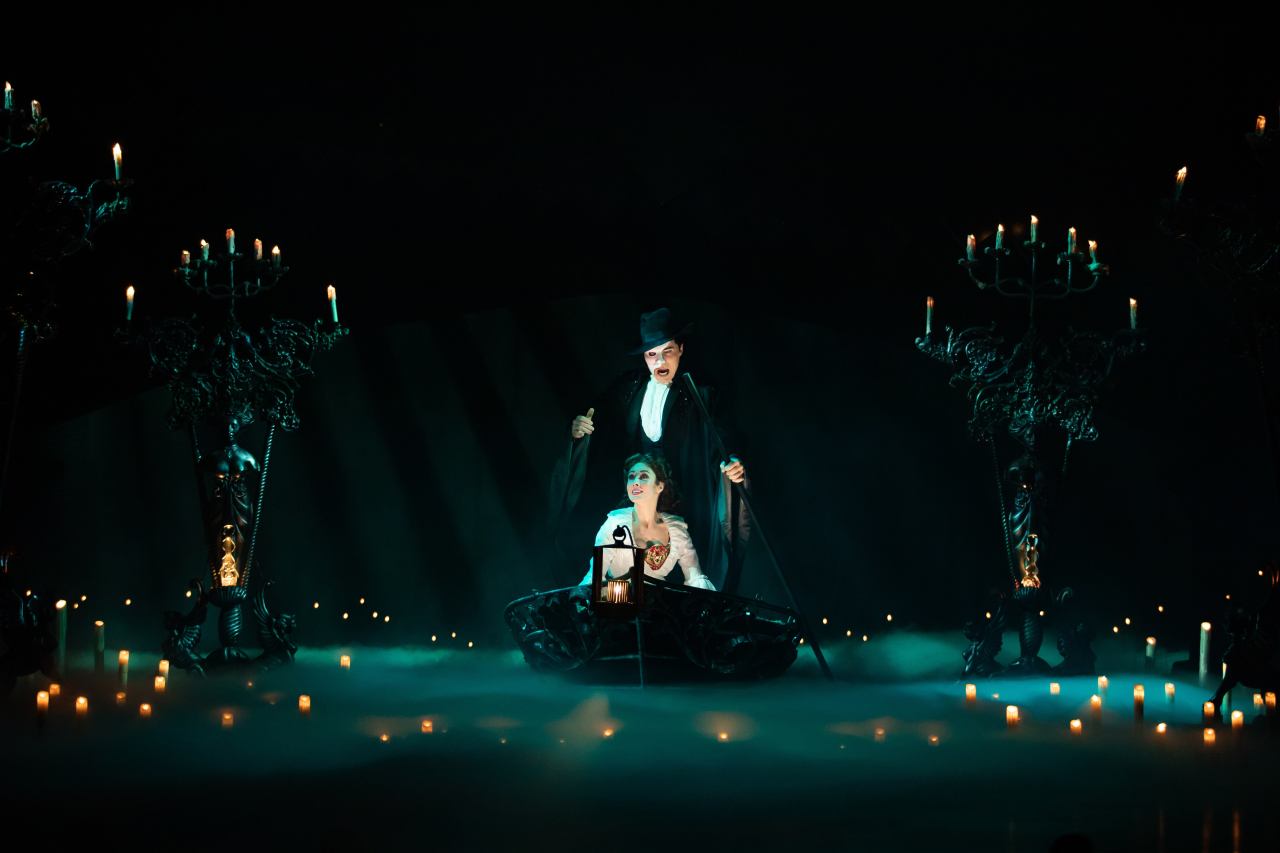 A scene from “The Phantom of the Opera” shows Christine and the phantom singing together. (S&Co)
Under the phantom’s guidance, Christine becomes the star of the opera house. She meets her childhood playmate Raoul, who recognizes her onstage, and they fall in love and get engaged.

The phantom finds out about Raoul. Upset that Christine loves another man, the phantom kidnaps her and brings her to his secret hideout beneath the opera house. Raoul comes to rescue his fiancee. The phantom urges Christine to choose him, or else Raoul will die.

The show is greatly appreciated for its iconic numbers, produced by the legendary composer Andrew Lloyd Webber. Though the audience may not remember the exact title of each, they will immediately recognize the melodies as they listen to “Think of Me,” “Angel of Music,” “The Phantom of the Opera” and “Music of the Night.”

The cast delivers a wonderful performance. Jonathan Roxmouth plays the phantom, Claire Lyon plays Christine and Matt Leisy is Raoul. The singing is superb and the acting is flawless.

But some parts of the storyline may seem confusing, such as why Christine and Raoul fall in love at first sight, and why the phantom is obsessed with Christine. Also, by today’s standards, Christine seems too weak and reliant on others. She is the damsel in distress, in need of rescue by a knight in shining armor.

However, what distracts the audience from the weak links in the story are the costumes and stage design.

Designed by the London-based theater designer Maria Bjornson, the costumes are colorful and dynamic. The 230 costume pieces change with every opera scene depicted in the story, with settings ranging from Paris in 1881 to the eras of Hannibal and Don Juan.

The set design is equally pleasing to the eye. The 22 scenes alternate swiftly, from the opera house to the underground labyrinth and secret staircases to the cemetery, with 82 automated cues. The decorations are elaborate and lavish, giving the audience an understanding of the golden age of the opera house.

According to the organizers, a total of 2,230 meters of fabric were used to make the drapes. They are made up of 250 kilograms of dyed wool interwoven with 5,000 handmade wooden beads imported from India.

The Busan performance continues until Feb. 9, after which it will have a run in Seoul from March 14 to June 26, and in Daegu in July and August. Tickets range from 60,000 won ($50) to 170,000 won and are available online at ticket.interpark.com.