For the past 12 years, Arko -- affiliated with the Ministry of Culture, Sports and Tourism -- has operated the Arko Selection program to support the local performing arts scene, covering the production costs for selected productions. The council released this year’s Arko Selection list Thursday. 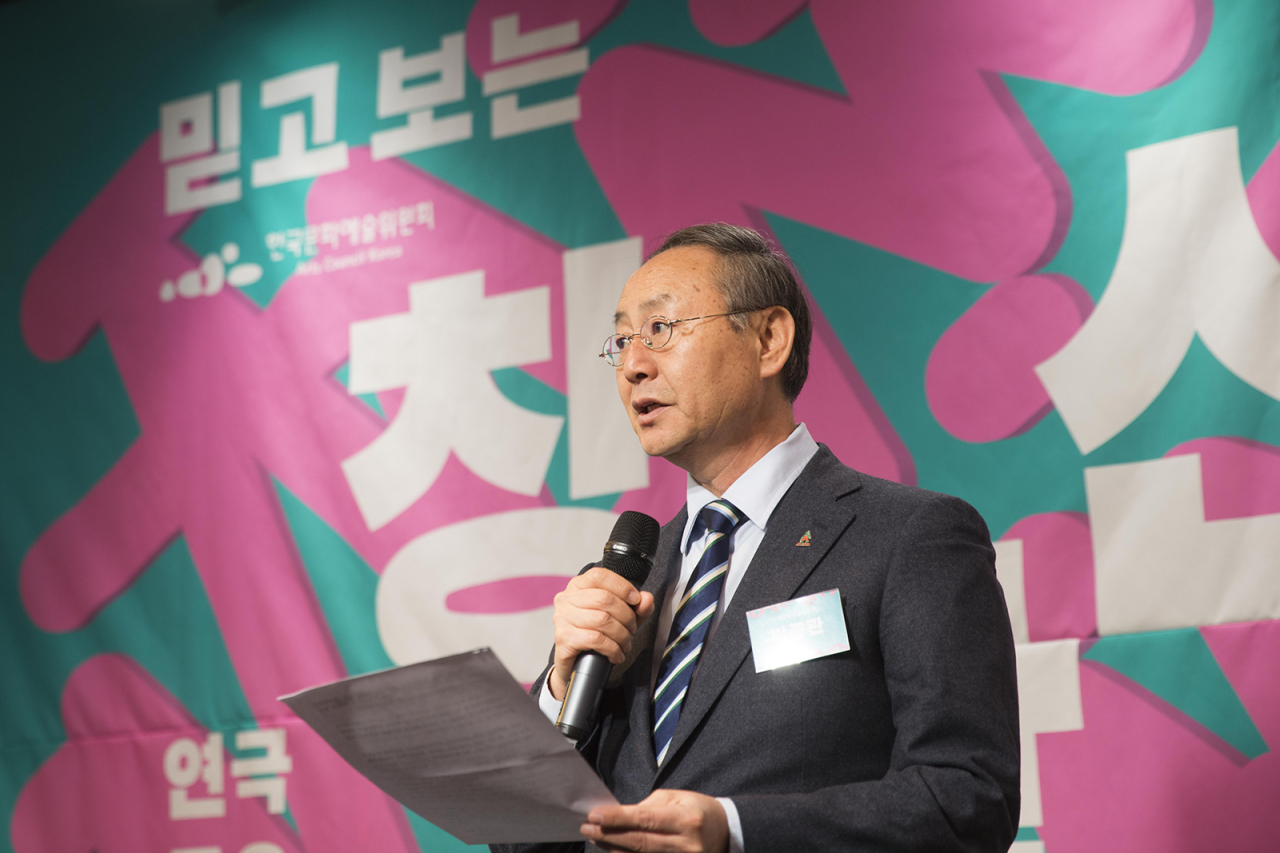 Park Jong-kwan, the head of Art Council Korea, speaks at a press event held Thursday at the Theater Cafe in the Daehangno area in central Seoul. (Arko)
A total of 25 productions -- eight plays, four traditional arts performances, four musicals and two opera pieces -- will go onstage from Dec. 20 to March 29 at the Arko Arts Theater and Daehakro Arts Theater in the Daehangno area and the Sejong Center in central Seoul.

According to the council, the 25 works were chosen in May in recognition of their creativity, quality and differentiating features. A total of 252 works were submitted.

Many works in this year’s selection are reinterpretations of classical works. The play “Chair Mender” is inspired by a novel of the same name by Guy de Maupassant, and the traditional performing arts piece “State of Three Generations” (unofficial translation) is based on Yom Sang-seop’s novel “Three Generations.”

“Arko Selection is ARKO’s signature program that allows production companies to release high-quality original repertories,” Park Jong-kwan, the head of Arko, said at a press event held Thursday at the Theater Cafe in central Seoul. “The performing arts scene should work on finding a balance between artistry and mass appeal. Meanwhile, Arko is all about letting artists create art.”

Traditional Korean singer and Arko Selection participant Kim So-jin said, “Thanks to the program, we are trying new things that we weren’t able to do before.”

“In traditional Korean arts, it is hard to define the fine line between tradition and creativity,” she said. “I hope there can be more experimental productions of various genres.”

On Thursday, Arko signed a memorandum of understanding with theater franchise CGV. Four of the productions will be filmed and screened at the theater’s branches in Busan, Gwangju and Cheongju in April. The memorandum aims to help the wider public across South Korea enjoy the performing arts. The four works have not been chosen yet.

For more information about the 2019 Arko Selection or a detailed schedule for the productions, check the council’s website at theater.arko.or.kr or call (02) 3668-0007.