Due to the preference for OLED TVs in Japan, OLED TVs accounted for 20 percent of the country’s TV sales this year, far larger than OLED TVs’ global market share at 6 percent. 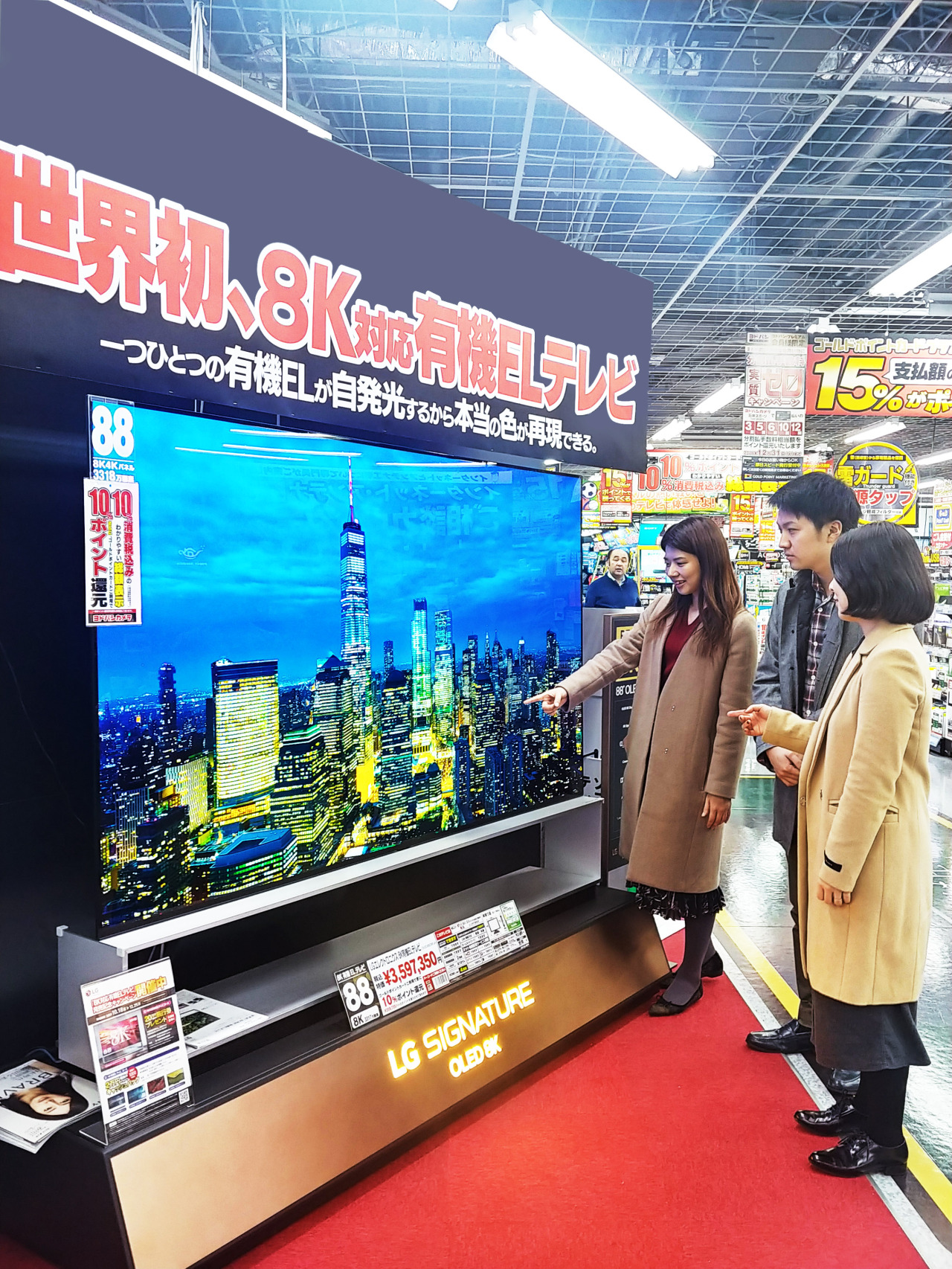 Japanese consumers look at an LG Signature OLED 8K TV model in Tokyo on Tuesday. (LG Electronics)
Amid the growing interest in OLED TVs in Japan, LG plans to solidify its leadership in the TV market with 8K OLED technology by introducing it to visitors to the 2020 Tokyo Olympics, according to the company.

The LG Signature OLED 8K model has a contrast modulation level of around 90 percent, representing a picture quality approved by international standards, a company official said.

“Japan has been a tough market for foreign TV makers, but LG has maintained its position with the OLED technology,” said Lee Young-chae, vice president at LG Electronics Japan. “LG’s OLED and 8K technologies, for sure, will win the hearts of Japanese consumers.”