The seventh session of the Codex Alimentarius Commission task force on antimicrobial resistance kicked off Monday in Pyeongchang, Gangwon Province, to be held for five days through Friday.

In 2015, the World Health Assembly adopted a global action plan to tackle the trend of antimicrobial resistance. The international food standards body Codex launched the task force dedicated to carrying out the World Health Organization plan the following year. 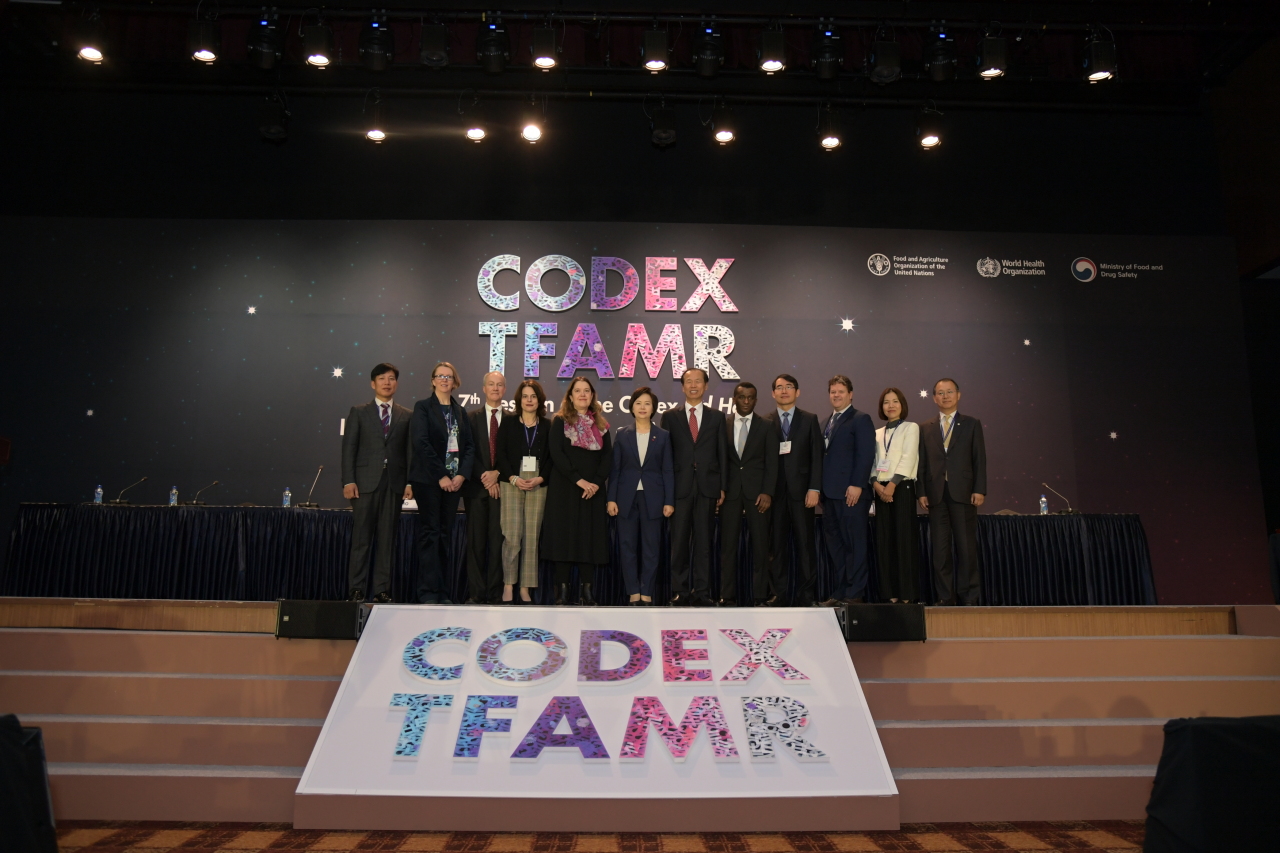 “Korea launched its national action plan in 2016 to protect public health by optimal use and reduced use of antimicrobials and control of the spread of drug-resistant bacteria,” said Minister of Food and Drug Safety Lee Eui-kyung in an opening address.

“No one country, sector or organization can address this issue alone,” he said.

In the seventh round of the assembly, the task force will work on devising guidelines to manage and discuss measures to monitor at state-level foodborne antimicrobial resistance.

The Monday session was attended by delegations from 188 Codex member states and officials from FAO, WHO and the World Organization for Animal Health.

Codex was established in November 1961 by the FAO, and joined later in June 1962 by the WHO.