The North Korean defector brought charges against a first sergeant surnamed Kim and a lieutenant colonel surnamed Sung, both working for the DIC, for repeated offences that took place over a period of more than a year. 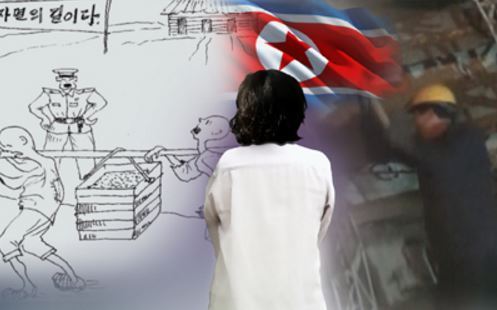 (Yonhap)
The Defense Ministry’s Criminal Investigation Command in late November referred the two officers’ cases to the military prosecution, requesting their indictment. They are currently suspended from duty.

As the situation worsened, the defector sought help from Sung, Kim’s superior.

Sung, however, drank with the defector and allegedly coerced her into sexual activity at her home in January.

The defector filed a complaint against Kim for quasi rape in October and then for sexual assault by abuse of occupational authority against both Kim and Sung, Wednesday.

“Quasi-rape” is defined in Korean law as a rape in which the offender takes advantage of the other’s condition of unconsciousness or inability to resist.

“The victim is a North Korean defector and has no family members here and did not have anyone to help her,” Jeon Su-mi, the defector’s attorney from the Good Lawyers Law Firm, told The Korea Herald.

“Also, the victim was intimidated by the DIC officers who knew a lot about her. So it was almost impossible for her to resist their assaults.”

The defector’s brother is also thought to be in a political prison camp in North Korea because of the two DIC officers. They connected the North Korean defector to her younger brother in the North via phone, and asked him to give them information in return. The brother is said to have been locked up for spying.