Her unusual teaching style was designed to better deliver her lecture to seven international students who are on the AKS Hanmun (classical Chinese) Fellowship program. 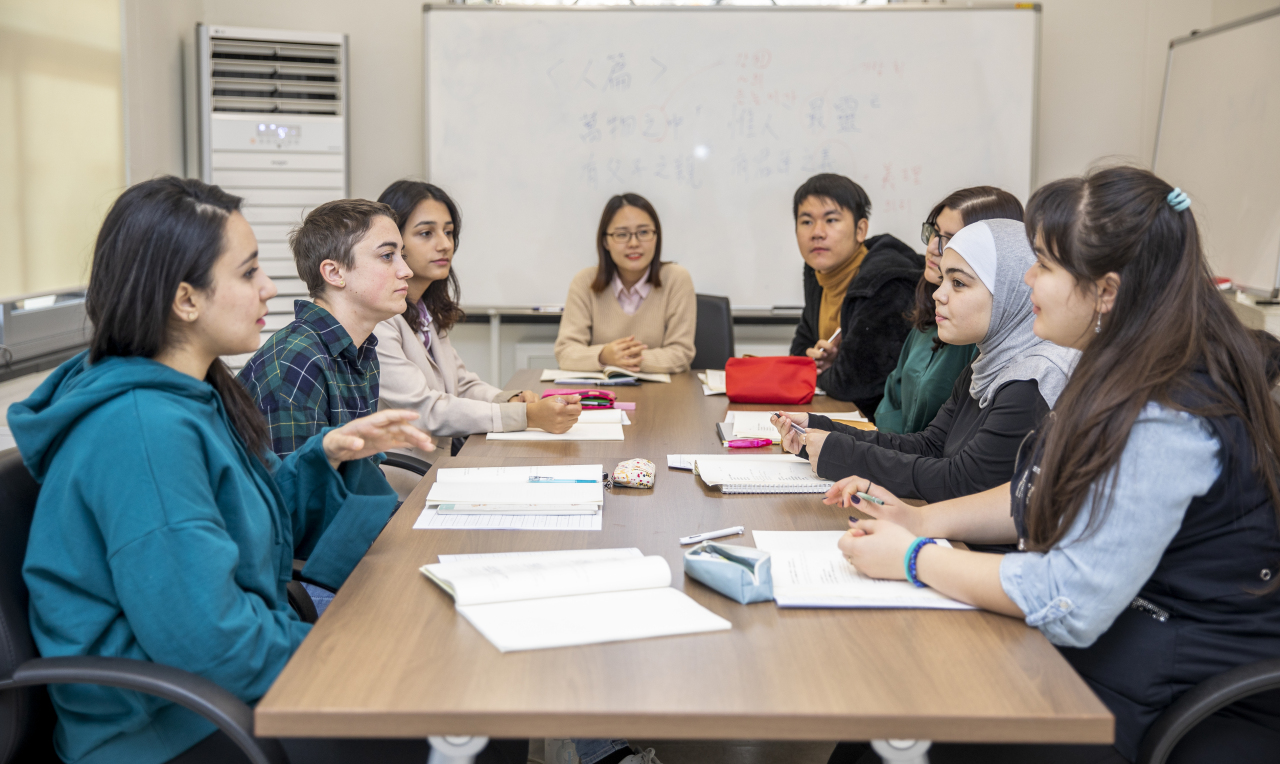 “In the first two weeks, students struggled to follow the lectures,” professor Kim said. “Now, they are actively participating in the class, asking questions and expressing their opinions freely.”

Kim said the entire text of “The Mencius” is too much to learn during a single semester. So she selected key parts from the text and tried to explain political and philosophical concepts that shaped not only traditional but also modern Korean society.

The students attending the class are eager to learn about Korean society through the program. “I applied for this fellowship to learn classical Chinese and better understand Koreans,” said Sumaya Nabas from Jordan.

Aya Karem Mahmoud Elbanby from Egypt said she found the class very challenging in the beginning, but fellowship professors helped students to adapt and catch up. As a result, students are now learning faster, she said.

The students, who get free accommodation and living expenses from the Academy of Korean Studies, said they formed a study session to help one another. “When we started, we had basic knowledge of basic Chinese characters. So we asked each other during our study sessions,” said Gamze Vural from Turkey.

Nilufar Khamidullaeva from Uzbekistan, who majored in the Korean language, said she wanted to learn more about classical Chinese used in Korean texts. “I got this opportunity, and I’m now very interested in the classical Chinese,” she said.

Banh Minhduc from Vietnam said, “The difficulty level varies from class to class, but I think it’s good since we can browse a range of materials.”

Park Sung-ho, assistant professor of diplomatics and head of the Division of International Support for Korean Studies, said the fellowship program will continue in the coming years, while reflecting the feedback from participating students, most of whom are college or graduate school students specializing in Korean studies outside of Korea.

“Since the fellowship program is designed to help nurture next-generation Korean studies scholars, we are exploring various options to link this program with other advanced courses,” Park said.