“The world is still a place where males have tremendous privileges. Smith is an intervention,” said Kathleen McCartney, president of Smith College, a private women’s liberal arts college in Massachusetts, in an interview with The Korea Herald in Seoul on Nov. 22.

“What I hear from alumnae is that they found their voice at Smith,” said McCartney, who was in Seoul as part of an Asian tour, meeting with alumnae and parents of current students as well as networking with schools and institutions.

“For four years, you live in a place where you see women leading. ... That is a very powerful intervention because you know women can lead successfully. You take that experience with you into the world.” 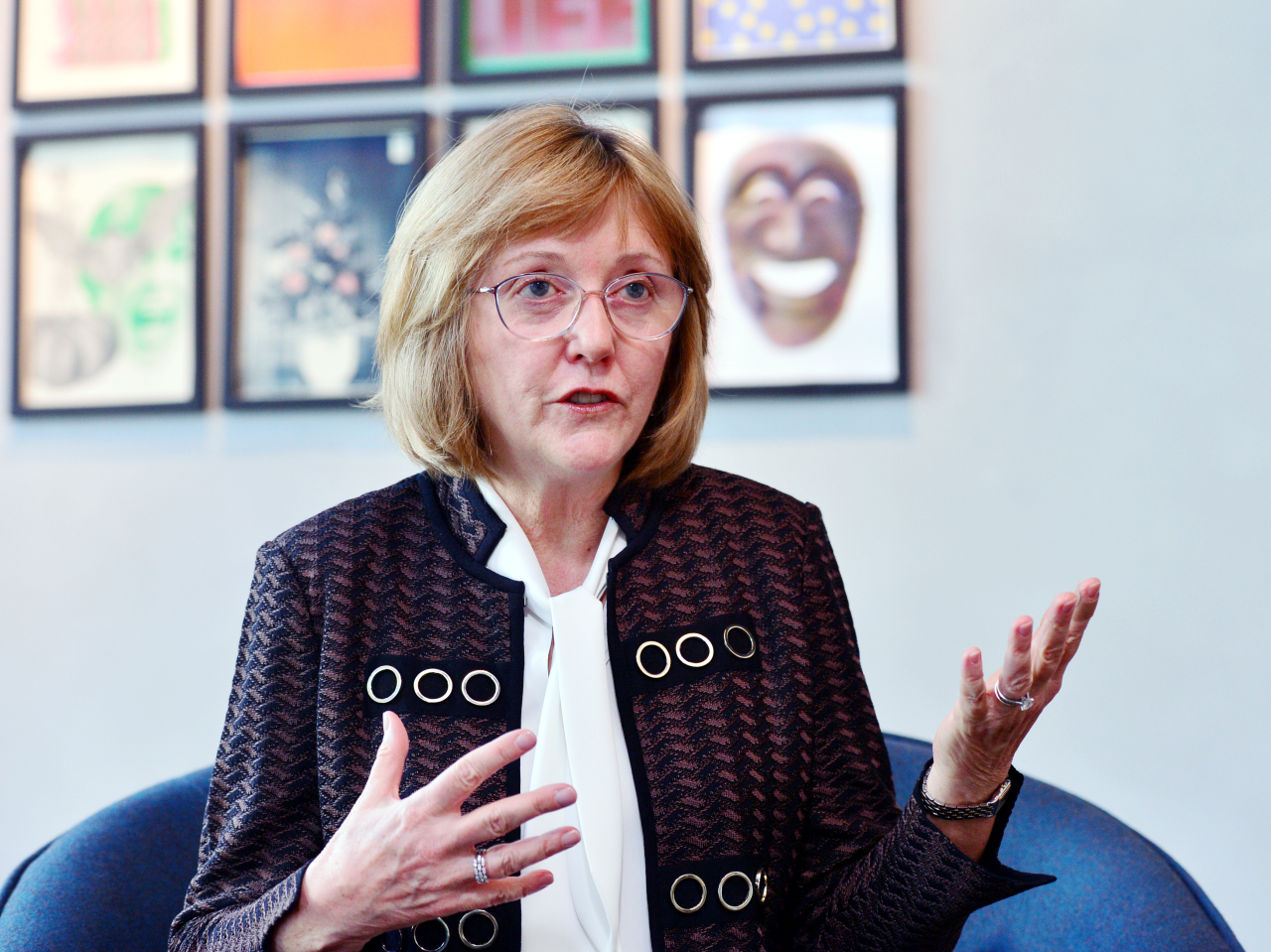 Smith College President Kathleen McCartney speaks during an interview with The Korea Herald in Seoul on Nov. 22. (Park Hyun-koo/The Korea Herald)
While there are claims that a liberal arts education does not adequately prepare students for today’s highly specialized workplace, McCartney begs to differ, saying it provides great training.

As a liberal arts college, Smith prepares students to think critically, to write well, to think with multiple perspectives on complex, urgent problems in the world, she explained. “To be thinkers, really,” she said.

Smith, which has a tradition of strong liberal arts programs, was also the first women’s college to have an engineering program. In fact, women interested in STEM (science, technology, engineering and mathematics) explicitly choose women’s colleges, according to McCartney. At Smith, 39 percent of the more than 2,400 students enrolled study STEM subjects.

Commenting on the college admissions process in general, McCartney said, “Grades are the best predictor of success.” For this reason, standardized tests are optional at Smith, as at many of the leading colleges in the US.

“A single test is not the solution,” she said, emphasizing the need for a holistic assessment of applicants. “There are many different ways to determine leadership skill that predict success in college,” she said.

“We are looking for diversity,” said McCartney, listing personal characteristics, integrity and self-motivation as some of the qualities the college looks for in applicants.

The number of applicants at Smith College has gone up 39 percent over the past decade, according to McCartney. In fact, applications at the Seven Sisters -- seven leading women’s colleges in the US -- have gone up in general. “I think women’s colleges are enjoying a renaissance.

“This generation is embracing a different kind of feminism than, let’s say, my generation,” she said.

“While students choose schools for all kinds of reasons, a school where women’s empowerment is a core mission is very attractive to young women,” she said.