[ The Korea Herald – Send E-mail ]
[Herald Review] ‘Fukuoka’ tells multilayered story in dreamlike narrative
By Yoon Min-sik
Published : Dec 1, 2019 - 17:46
Updated : Dec 1, 2019 - 17:46
Watching a Zhang Lu film is like being led through a labyrinth, with each of the director’s choices sparking thoughts, and ending up with more questions than answers.

“Fukuoka,” the story of a pair of estranged friends, two middle-aged men journeying both physically and metaphysically, looks at various aspects of life and the world itself in a new context.

The story begins when used-book seller Je-moon (Yoon Je-moon) from Seoul is talked into traveling to Fukuoka by So-dam (Park So-dam). Actually, what tips the scales is that his former college buddy Hae-hyo (Kwon Hae-hyo) -- with whom he had a falling out years ago over a girl they both liked -- is living in the Japanese city, after running a bar and growing old alone just like Je-moon over the past 28 years. 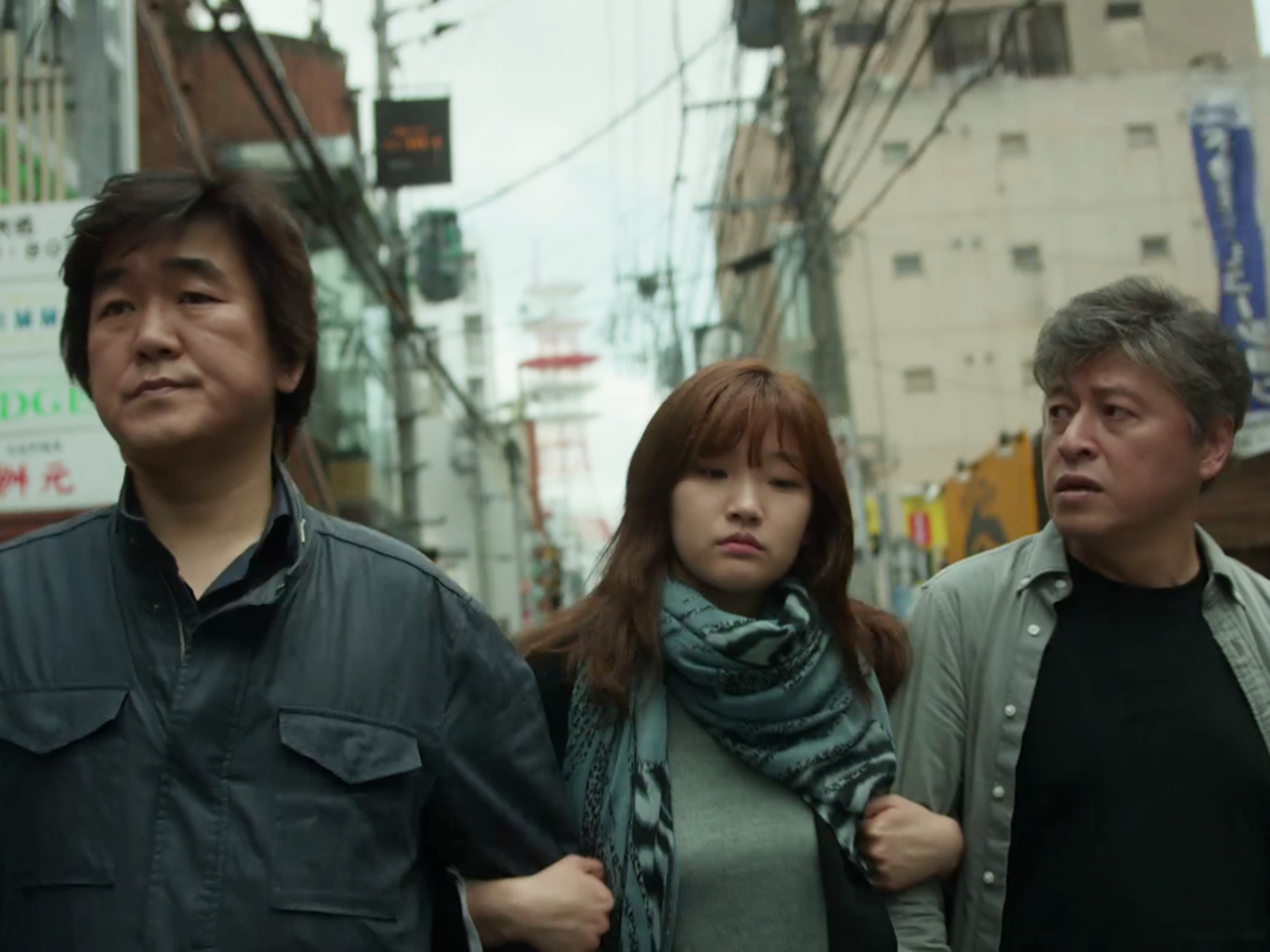 Despite some initial bickering, the two men and So-dam half-reluctantly travel across the city, exploring what had been, what could have been and what could be in their encounters with other people and themselves.

The trio of acclaimed actors bring their own characteristics and charm to each character via witty dialogue that sets the tone of the movie. While Zhang’s previous work “Ode to the Goose” was slow-paced and cynical, “Fukuoka” feels lighthearted and optimistic.

The chemistry relies on Park’s spot-on portrayal of an enigmatic but charming figure. Throughout the film, it is never clearly answered why she has no problem communicating with the Chinese and Japanese characters without being able to speak either language, why at 21 she wears a high school uniform, how she can accurately judge the character of a person she has just met, or why she was so hell-bent on dragging Je-moon to Fukuoka in the first place.

Her character plays a crucial part in establishing the tone and asking the questions for both her companions and the audience, like what would have happened if both Je-moon and Hae-hyo had agreed to love the same woman, and if indeed things would have turned out much worse had they done so. It is not the answer to this question that is really important in this film, but the process of venturing within to seek it.

Both Yoon and Kwon made their names doing theater, and the scenes they share feel a lot like scenes from a play. Accordingly, their dialogue scenes feel immersive and active -- despite very little movement. The two contrast but mirror each other in a strange decalcomania that So-dam suggests is what made their college love interest fall in love with both of them. The chemistry between the veteran actors and their mutual exhaustion with life is captured beautifully.

The film manages to capture the moment through masterful camerawork that adds character to all three, such as focusing on Je-moon’s gloomy expression in the background while Hae-hyo and So-dam discuss him. The shaky cam technique is effective in depicting the subjective nature of the narrative, as the audience is unsure if what is taking place is real or a dream -- an illusion where the characters are merely ghosts.

The trio’s encounter with Yuki (Yamamoto Yuki) further reinforces the sense that we are being deceived, particularly her mention of the doll So-dam supposedly left behind despite claiming never to have visited Fukuoka.

What is true or false is not really the focal point of the film, as the film invites the audience to interpret the story however it wishes. Whether it be ghosts, illusions or the wishful daydreams of a lonely man, the film speaks to everyone who is haunted by past choices and comes back to question them in a beautifully constructed dreamlike circle.

“Fukuoka” recently opened in local theaters and was the opening film for the 45th Seoul Independent Film Festival. It premiered at this year’s Berlinale.