[ The Korea Herald – Send E-mail ]
Seoul considers carrying out maintenance work on facilities at Kumgangsan
By Park Han-na
Published : Nov 29, 2019 - 18:00
Updated : Nov 29, 2019 - 18:01
The government is considering repairing some of South Korea’s facilities at North Korea’s Kumgangsan tourism complex, the Ministry of Unification said Friday, as the North continues to demand their demolition.

“Our side is planning measures to repair the temporary facilities that cannot be reused in Onjong-ri or the port of Goseong,” Kim Eun-han, a deputy spokesman for the Unification Ministry, told a regular press briefing. 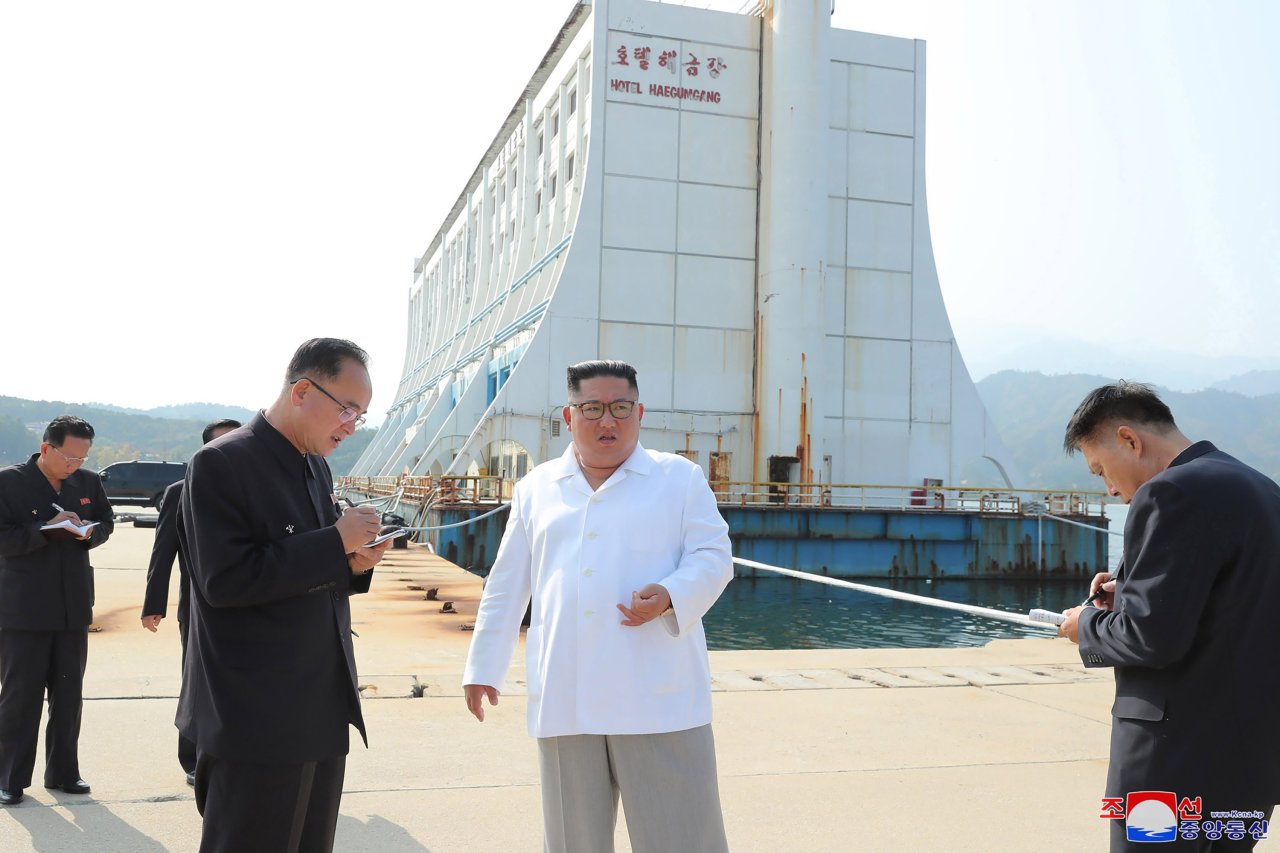 In October, Pyongyang notified Seoul that its leader Kim Jong-un had ordered the removal of what he called the “hideous” South Korean-built facilities from scenic Kumgangsan, where the two Koreas once operated a tourism program together, saying the North planned to transform the site into a modern international cultural and tourism zone.

“We will discuss a wide range of options for the development of the Kumgangsan tourism zone, including the issues raised by the North,” Kim from the Unification Ministry said.

The South Korean government and companies have invested over 430 billion won ($364.33 million) in the tourism complex to build facilities including hotels, restaurants, a golf course, a fire station and roads.

However, the area has been neglected since 2008, when a South Korean tourist was shot dead by a North Korean soldier and the inter-Korean tourism project was suspended.

“I won’t specify which buildings will be targeted for maintenance work, but there are some old and sectional buildings that were made out of containers,” Kim said.

In Onjong-ri, there is a meeting place for separated families, as well as accommodations and a cultural center. The Hotel Haegumgang, Kumgang Pension Town, Kuryong Village and Onjong Pavilion are located near the port of Goseong.

“We will discuss the direction of the development of the Kumgangsan tourism district in the future, including the problems raised by North Korea,” the ministry spokesperson added.

Seoul has been seeking dialogue with the North to resolve the issue and improve their strained relations. Pyongyang flatly rejected the offer of a face-to-face meeting.

On Nov. 15, Pyongyang said it would unilaterally remove the facilities if Seoul insisted on talks.

The government appears to be clinging to its hopes of a breakthrough in the difficult situation, said Shin Beom-chul of the Asan Institute for Policy Studies.

“What the North wants is the demolition, not remodeling, of the facilities. The government should lodge a protest against the North for canceling the agreement (on the inter-Korean tourism project) and demand they correct it,” he said.