The grandiosely named World Institute of Kimchi occupies a building next to the kimchi museum in a corner of the complex.

There, scientists and experts from various disciplines of research have gathered for a national mission: unraveling the science behind kimchi. 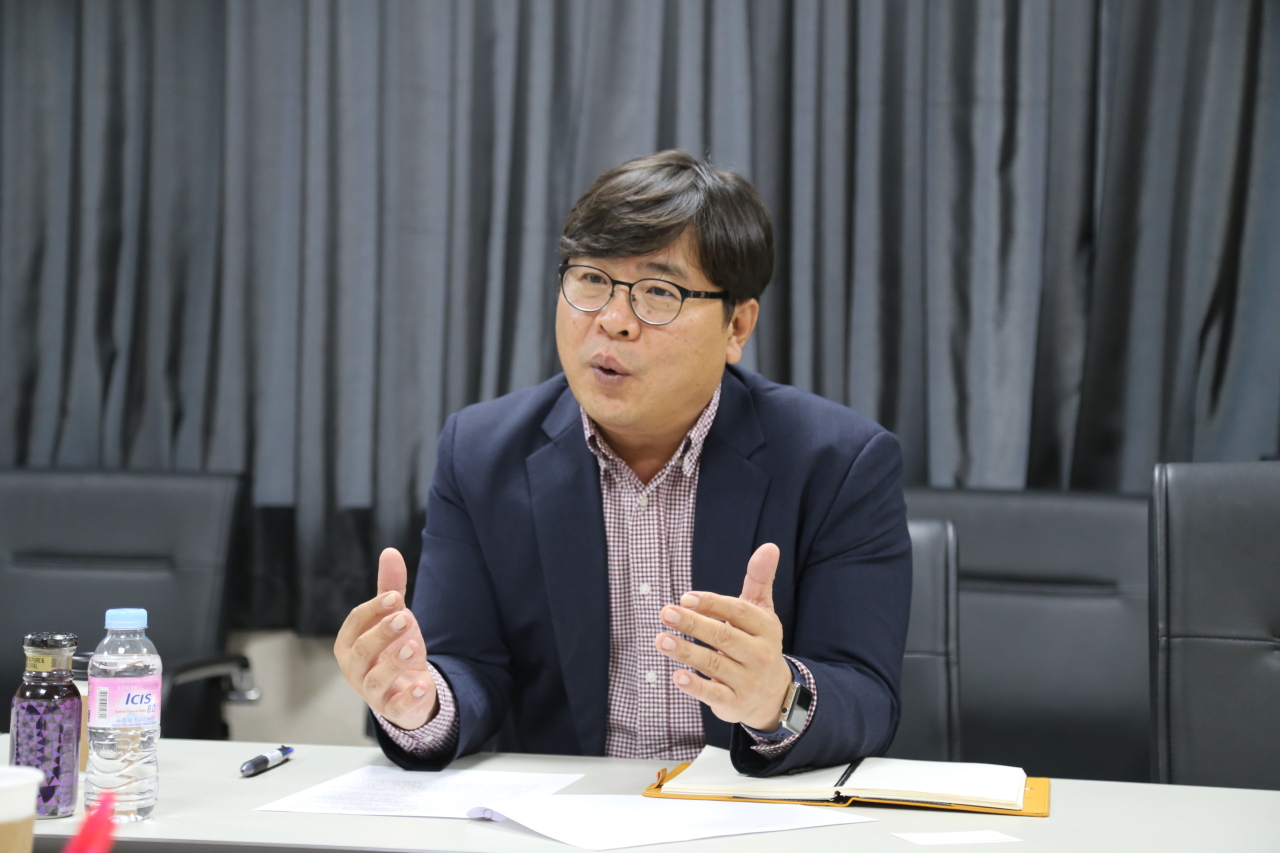 Choi Hak-jong, head of research and development at World Institute of Kimchi, speaks during an interview earlier this month. (World Institute of Kimchi)
“We study everything about kimchi,” said Choi Hak-jong, director of the research and development division. “We work to make kimchi tastier, healthier and more hygienic for everyone -- not just in Korea but elsewhere in the world -- to enjoy.”

WiKim for short, the institute was launched in 2010 under the auspices of the Science Ministry.

“About 70 percent of our staff are researchers whose field of study ranges from kimchi microbiology to fermentation science, food packaging and the food culture,” Choi said. 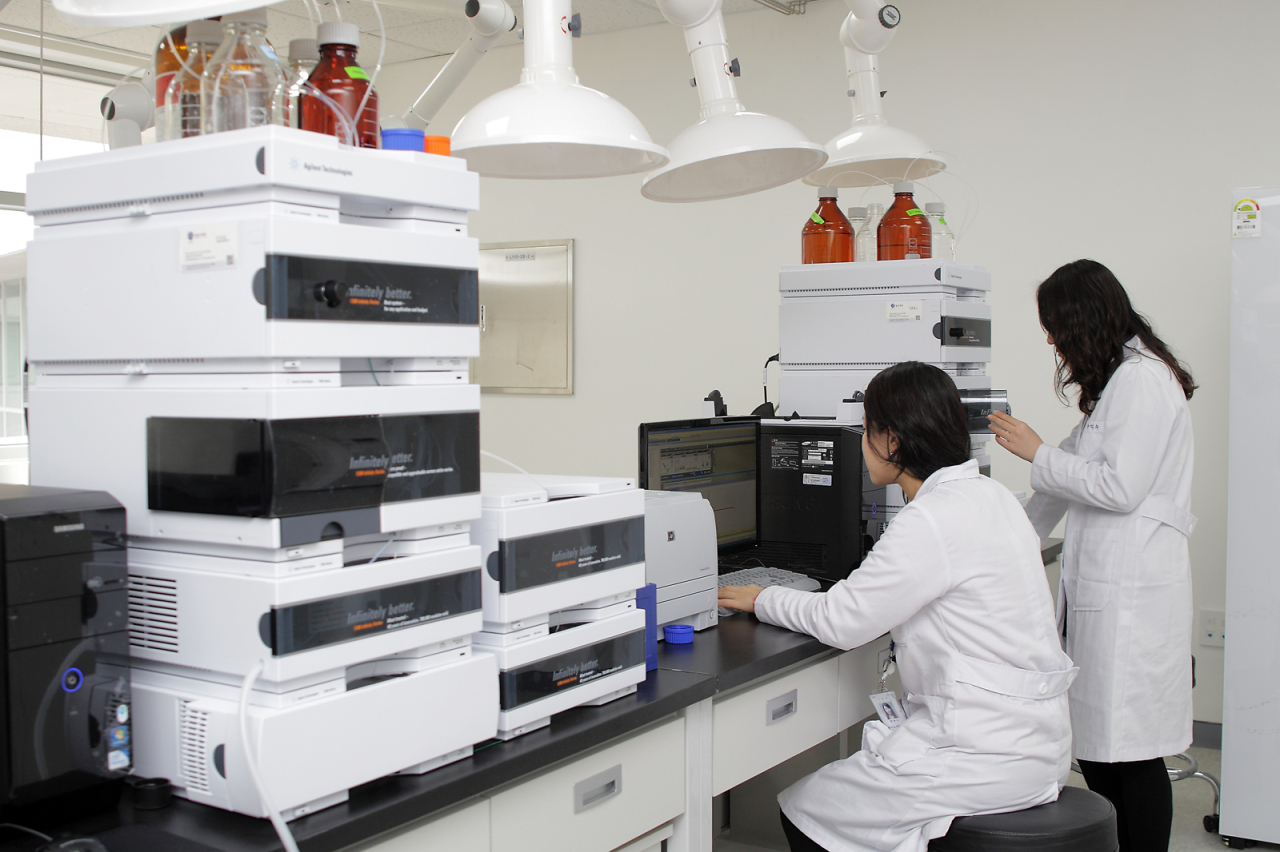 WiKim’s main task is to provide scientific explanations for the dish’s health effects, whether it is the work of microbes -- notably the lactic acid bacteria found in abundance in kimchi -- or kimchi itself as food.

“Our researchers have shown that kimchi can help ward off obesity and improve brain functions, while its microbes have properties suitable for the treatments of atopic skin conditions and hair loss,” Choi said.

Some of their work is expected to result in the creation of health supplements or medicines through the center’s technology transfer deals with private parties. For instance, the possible kimchi-based medicines might deal with Parkinson’s disease and cancer.

Choi, a kimchi scientist himself, has led a project to find a kimchi-based remedy for atopic dermatitis.

As kimchi is nonpasteurized and continues fermenting, it emits carbonic acid gas. This means that if kimchi is packed in regular plastic bags, the packaging could inflate or even pop while being shipped or in stores.

WiKim’s researchers have introduced new packaging materials that absorb gas while completely sealing the pungent smell in and preventing it from leaking out.

“Oxygen is another key factor. There has to be as little oxygen as possible so kimchi packaging has moved in that direction as well,” said Choi.

There is still so much to be studied, he added.

As kimchi gains popularity overseas, much work needs to be done to standardize recipes as well as develop more kimchi starters and ready-made sauces.

In the long run, the institute hopes to one day be able to unravel the delicate and complex process of kimchi fermentation.

“We know only very little about the many microorganisms found in kimchi. We don’t know yet exactly how kimchi becomes kimchi,” said Choi.

Here are some tips from the veteran scientist on how to enjoy tasty and healthy kimchi at home.

-- Make kimchi to suit your taste. If you want to enjoy kimchi at its best as soon as possible, leave it for one or two days at room temperature to speed up the fermentation process. For long-term preservation, put it in the refrigerator right away.


-- The less oxygen in the container, the tastier and healthier the kimchi. Food ferments when there is insufficient oxygen. When there is oxygen, unwanted airborne microorganisms will thrive.

-- Probiotics-wise, kimchi is at its best from the fifth to the 14th day, which is when people consider it to be tastiest. After the two-week point, the probiotics start to dwindle. When it has aged to a point where it doesn’t even taste sour, less than one-hundredth of the probiotics are left.