[ The Korea Herald – Send E-mail ]
[ASEAN-Korea summit] Connectivity to bring Korea’s relations with ASEAN to next level
By Park Han-na
Published : Nov 24, 2019 - 14:35
Updated : Nov 25, 2019 - 09:22
South Korea expects to take a leap in its relations with Southeast Asian countries by revisiting the achievements of the past 30 years and developing a new vision for the future.

During the ASEAN-ROK Commemorative Summit in Busan, Korea and the 10 Association of Southeast Asian Nations member states will adopt a joint vision statement on coexistence and prosperity.

The statement will suggest directions for cooperation in different fields, such as the development of strategic partnerships between Korea and ASEAN, the establishment of peace in the region, how to strengthen partnerships in social and cultural areas, as well as cooperation on sustainable development.

Connectivity -- a keyword for ASEAN due to its diverse demographics and cultures -- will be the focus of discussion during the multilateral summits, according to Foreign Minister Kang Kyung-wha. 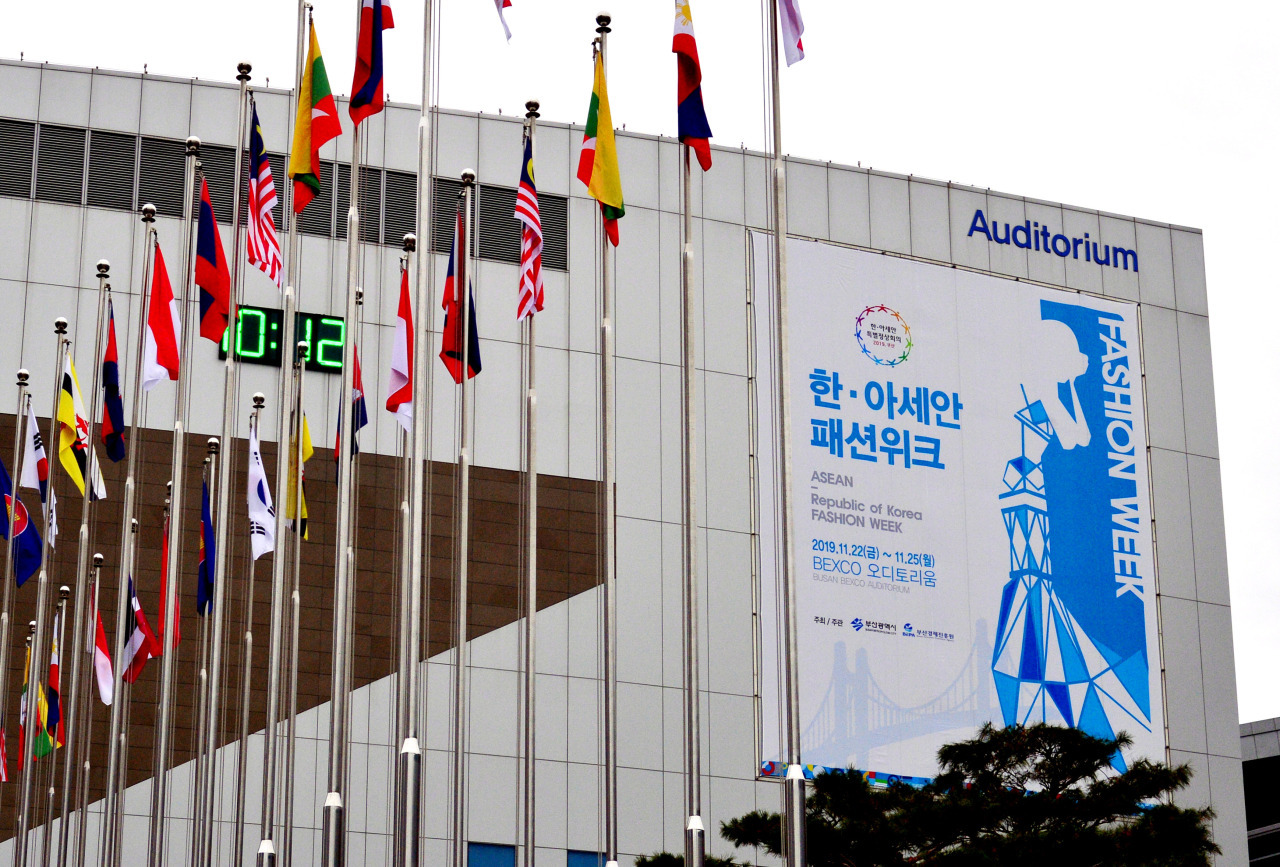 “ASEAN has this vision of becoming a truly integrated ASEAN community. That means connecting, whether it’s software, hardware, infrastructure, aviation or water resources management,” she said.

Korea expects to explore new horizons in connectivity and share its expertise and experience with the bloc, the minister said.

Seeking to gain momentum on the occasion of the international gathering, Cheong Wa Dae plans to initiate President Moon Jae-in’s New Southern Policy 2.0, which aims to broaden the country’s diplomatic horizons further with the Southeast Asian countries and India.

In November 2017, Moon unveiled the New Southern Policy with the aim of elevating Korea’s relations with ASEAN and India to the level that it enjoys with the four regional powers -- the US, China, Japan and Russia.

The government also seeks to expand its economic territory by boosting cooperation with ASEAN and tapping the region’s growth potential.

The ASEAN region is Korea’s second-largest trading partner, right after China. The Korean government expects to increase its trade volume with the bloc to $200 billion by 2020, from $159.7 billion last year.

In October, Korea and Indonesia concluded talks on the Comprehensive Economic Partnership Agreement, which is equivalent to a free trade agreement with a broader focus.

In bilateral summits with ASEAN leaders, Moon will discuss ways to work together in infrastructure sectors including smart cities, water supplies and drainage management. Cooperation on defense, official development aid and job training will also be part of their agendas.

The Korean government expects bilateral meetings to yield substantive results that will enable people in the concerned countries to enjoy closer ties by forging accords such as an “open skies” agreement, which would liberalize the aviation industry, and a double-tax avoidance treaty.