[ The Korea Herald – Send E-mail ]
[ASEAN-Korea summit] Busan aims to be hub of exchange, cooperation between Korea and ASEAN
By Im Eun-byel
Published : Nov 24, 2019 - 15:34
Updated : Nov 24, 2019 - 15:49
The mayor of Busan expressed hope that the 2019 ASEAN-Korea Commemorative Summit will elevate the city into a hub of exchanges and cooperation between South Korea and member countries of the Association of Southeast Asian Nations.

Busan Mayor Oh Keo-don said the regional summit, which will draw heads of state from the 10 ASEAN member countries, can be expected to establish Busan’s place firmly as a global city that links Korea with foreign nations. 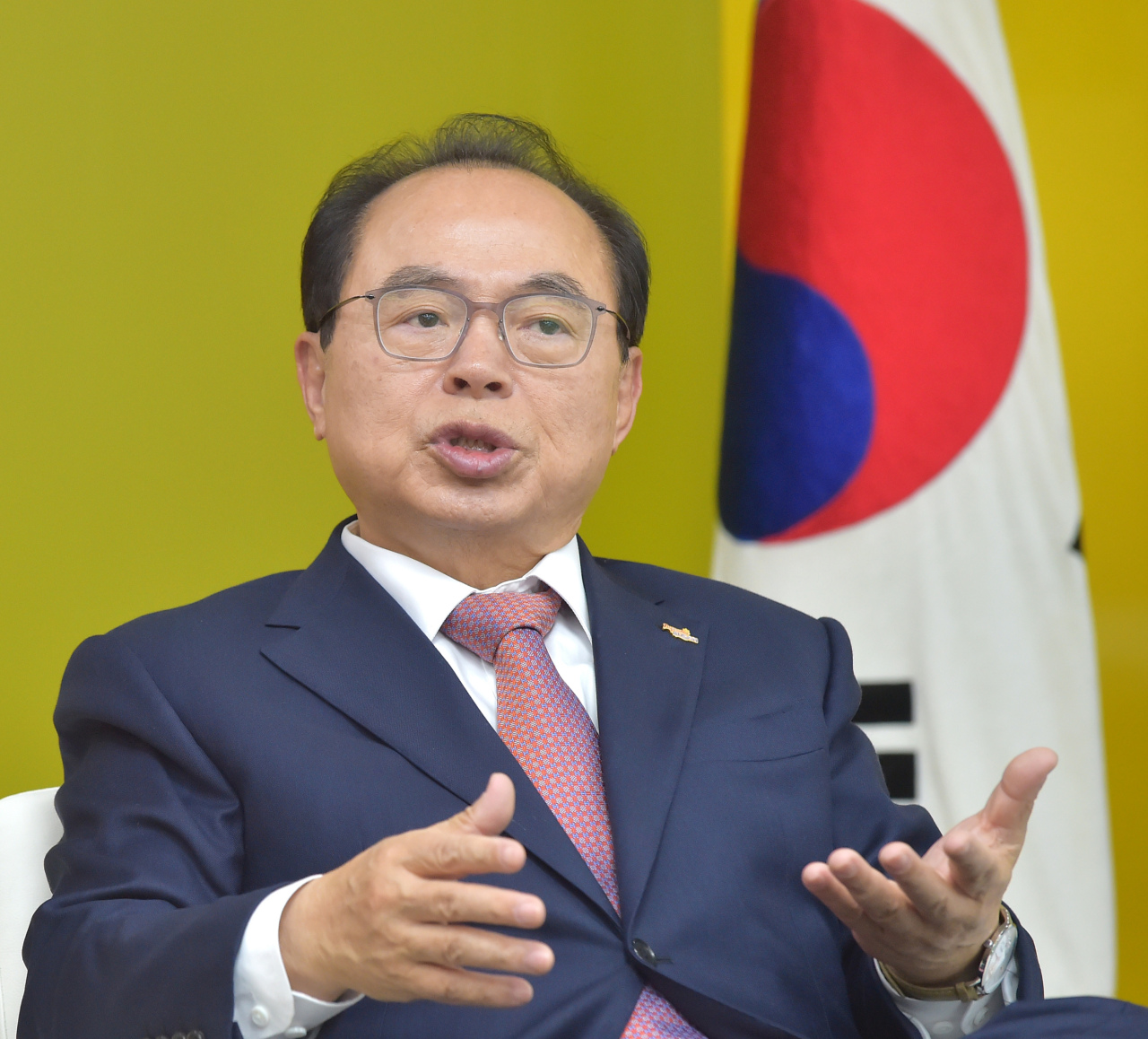 Busan Mayor Oh Keo-don (Busan Metropolitan Government)
“I will do my best, as the mayor of the host city, to make this summit more than just a one-time event. Through the event, Busan can support peace and co-prosperity for Korea and the ASEAN nations,” he added.

While the summit is going on, the government and the host city have many extra cultural activities planned and are inviting the wider public to take part.

“This summit is more than just an event focused on the leaders and attendees of conferences. It is a festival for all Koreans and those from ASEAN nations,” Oh said. “Please, visit Busan!”

Oh also introduced his city as a major venue for various international sports events. The LPGA International Busan was held last month, and the East Asian Football Championship and Ultimate Fighting Championship will take place in Busan in December, followed by the World Table Tennis Championships in March. The city’s next big goal is to host the 2030 Busan World Expo.

“Busan aims to become a maritime hub of Northeast Asia where its people are happy. This is the goal of Busan. It will be more than just the second-largest city in Korea. It will develop as a global city,” he said.

Mentioning the city’s global status, the mayor also touched on the planned expansion of Gimhae International Airport. Years ago, after discussions that began in 2006, the central government decided to expand the airport in response to the growing demand for air travel in the region.

However, a regional joint inspection committee consisting of authorities and experts from Busan, Ulsan and South Gyeongsang Province deemed the airport expansion “unsuitable.” The committee says a new airport should be built in the southeastern region.

“Launching a new airport in the southeastern region is a necessary step for the advance of Korea’s logistics, transportation and tourism. In case of an emergency, is there a substitutional gateway airport of the Incheon Airport in Korea?”

“By opening a new path in the sky with a southeastern gateway airport, its astounding results will spread across the nation,” he said.

In 2018, around 60,000 young adults left the city. Considering that fact, Oh proclaimed a Youth Policy Road Map in July, setting aside 492.1 billion won to implement 106 measures over the three years till 2022.

“The most important part of the road map is about youth employment. Policies (to benefit) youth should (proceed) in stages: strengthening the employment ability of the unemployed, practically offering (jobs)and connecting employees with jobs, and maintaining employment so that employees can be employed for a long time,” he said.

“A city where young people are happy is a city with opportunities and entertainment. It should also have a balance between residential conditions and a city environment,” Oh said. “To make Busan a place where young people return to and stay, a policy focused on a certain area cannot be enough.”

Oh, who was born in Busan and took office in June 2018, believes the city needs to be a place where young people are happy.

“Based on this idea, I will come up with policies that satisfy young people’s requests, through endless communication with experts and young people themselves, generating a cooperative system of youth policies for the city.”