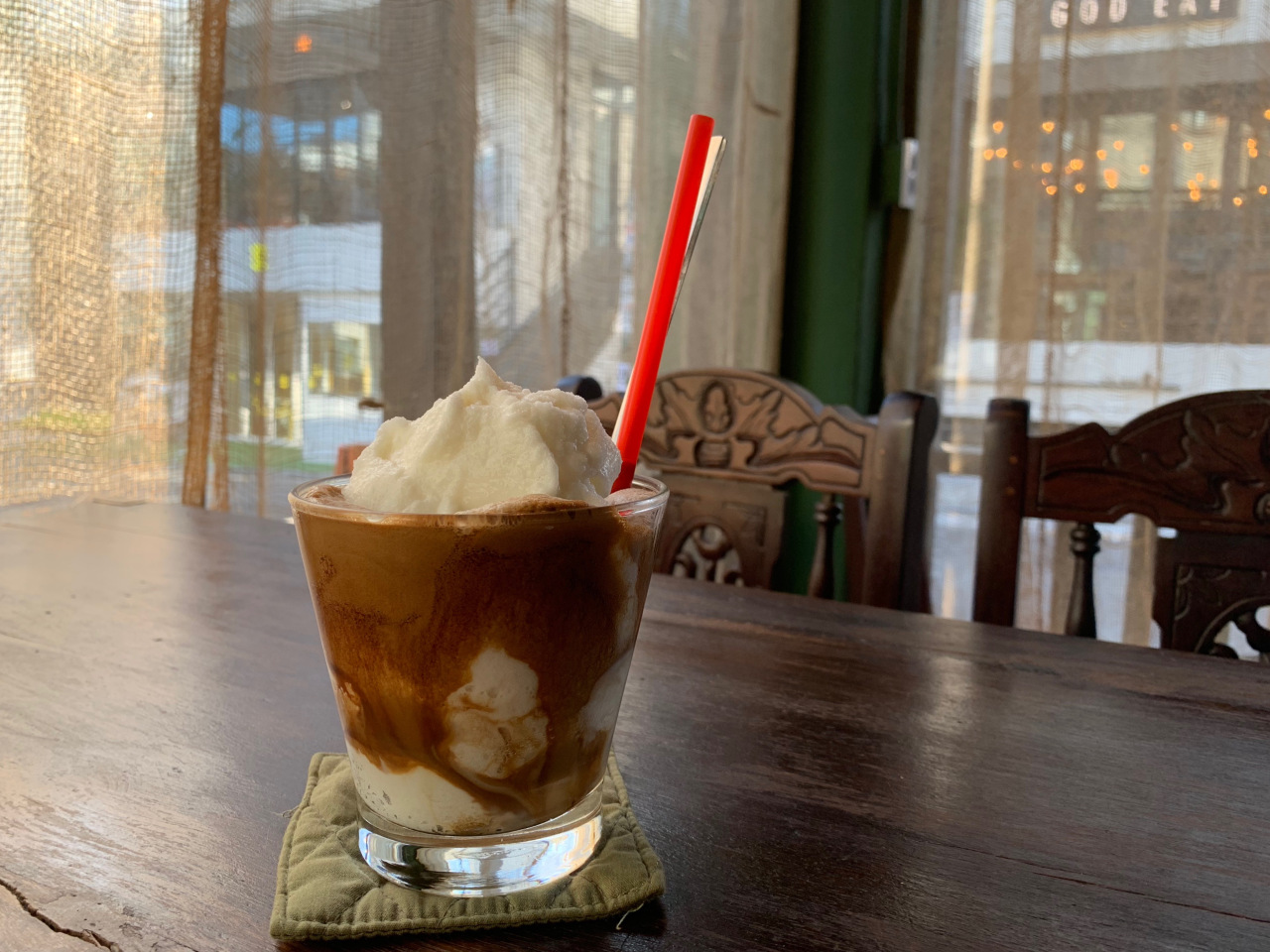 The Yeonnam branch in western Seoul is decorated in a classic Vietnamese style with thin wooden doors and green walls. The furniture is imported from Vietnam.

The cafe franchise has three more branches in South Korea, including Seoul’s Itaewon as well as Pangyo, Gyeonggi Province. It landed in Seoul in July 2018 with the Yeonnam branch. Each drink costs 5,000-7,000 won.

For those looking for a Vietnamese bite, a banh mi, or Vietnamese baguette sandwich, is a popular option. 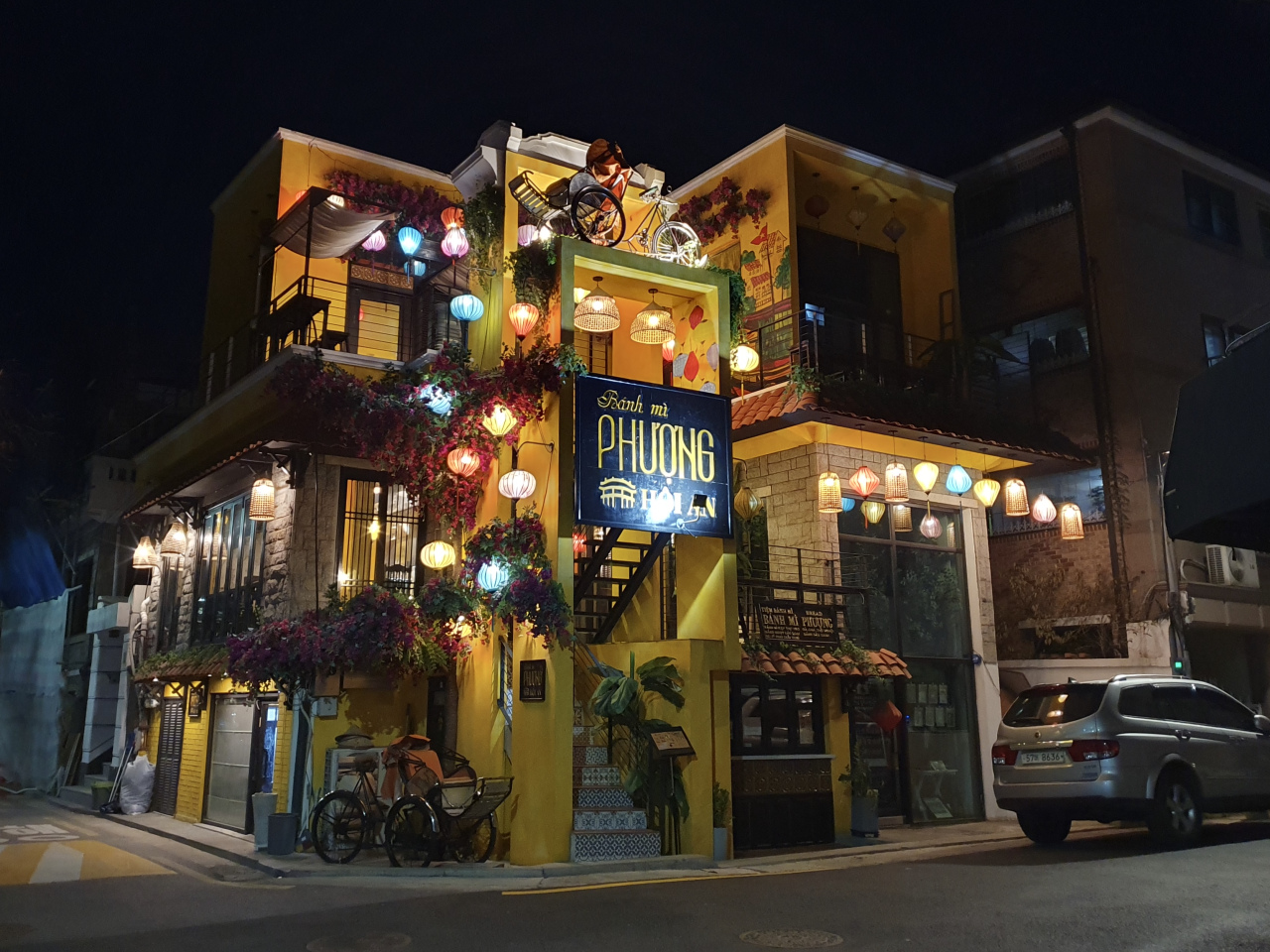 Banh Mi Phuong in Yeonnam-dong, western Seoul (Im Eun-byel/The Korea Herald)
Though sandwiches may be a Western concept, Vietnamese cuisine has surely made its presence known to the world with banh mi. It seems the tasty sandwich is making an impression in Seoul, too.

Since May, Seoul has been home to one of the most authentic banh mi restaurants, Banh Mi Phuong of Hoi An, Vietnam. It is considered one of three major banh mi stalls in the scenic harbor city.

Though the original store in Hoi An may be a small stall, its Seoul branch is a three-story building painted bright yellow with Vietnamese-style lanterns hanging outside. It looks as if it is situated on a bustling street in Hoi An, rather than a residential district in Yeonnam-dong. The inside is decorated in bright yellow, too, with color coordination by a Vietnamese designer.

Though the stores in Vietnam feature a wide variety of the baguette sandwiches, the Seoul branch offers only four: barbecue, chicken and cheese, beef and egg or a mixture of all three. Pho and Vietnamese coffee drinks are available here too. 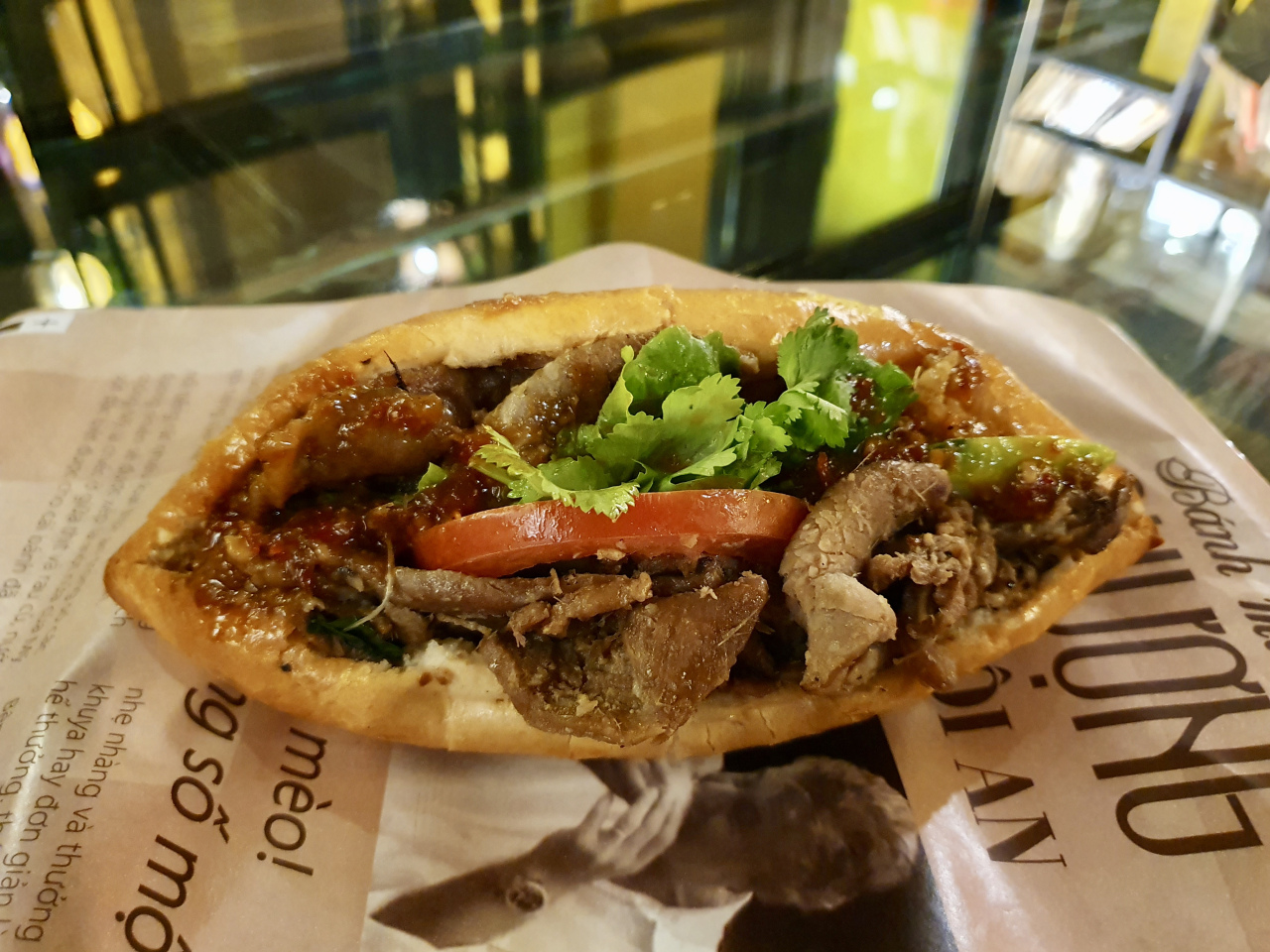 Beef banh mi at Banh Mi Phuong (Im Eun-byel/The Korea Herald)
The beef and egg sandwich is full of flavors, packed with pickled vegetables and splashed with authentic sauces. The sliced beef is thick. Yet the airy baguette wraps all the stuffing up for a harmonious taste.

The Seoul branch is the first overseas location for the business. Fresh baguettes, the secret to a delicious banh mi, are baked at the store every day.