[ The Korea Herald – Send E-mail ]
[Herald Review] ‘Aida’ brings spectacle and drama to stage
By Yoon Min-sik
Published : Nov 20, 2019 - 11:45
Updated : Nov 20, 2019 - 11:47
One thing that is certain about the musical “Aida” is that no matter what version you check out, there is plenty happening onstage. The clever use of props and stage design was effective in making the show as grand as possible, even overcoming limitations in depicting various aspects of Africa.


The Sunday performance of the show -- which runs through Feb. 23 at the Blue Square Interpark Hall in central Seoul -- was truly a sight to behold. Beyond the colorful and creative stage and costume design, the choreography of the ensemble delivered the raw energy and passion that was in keeping with the theme. 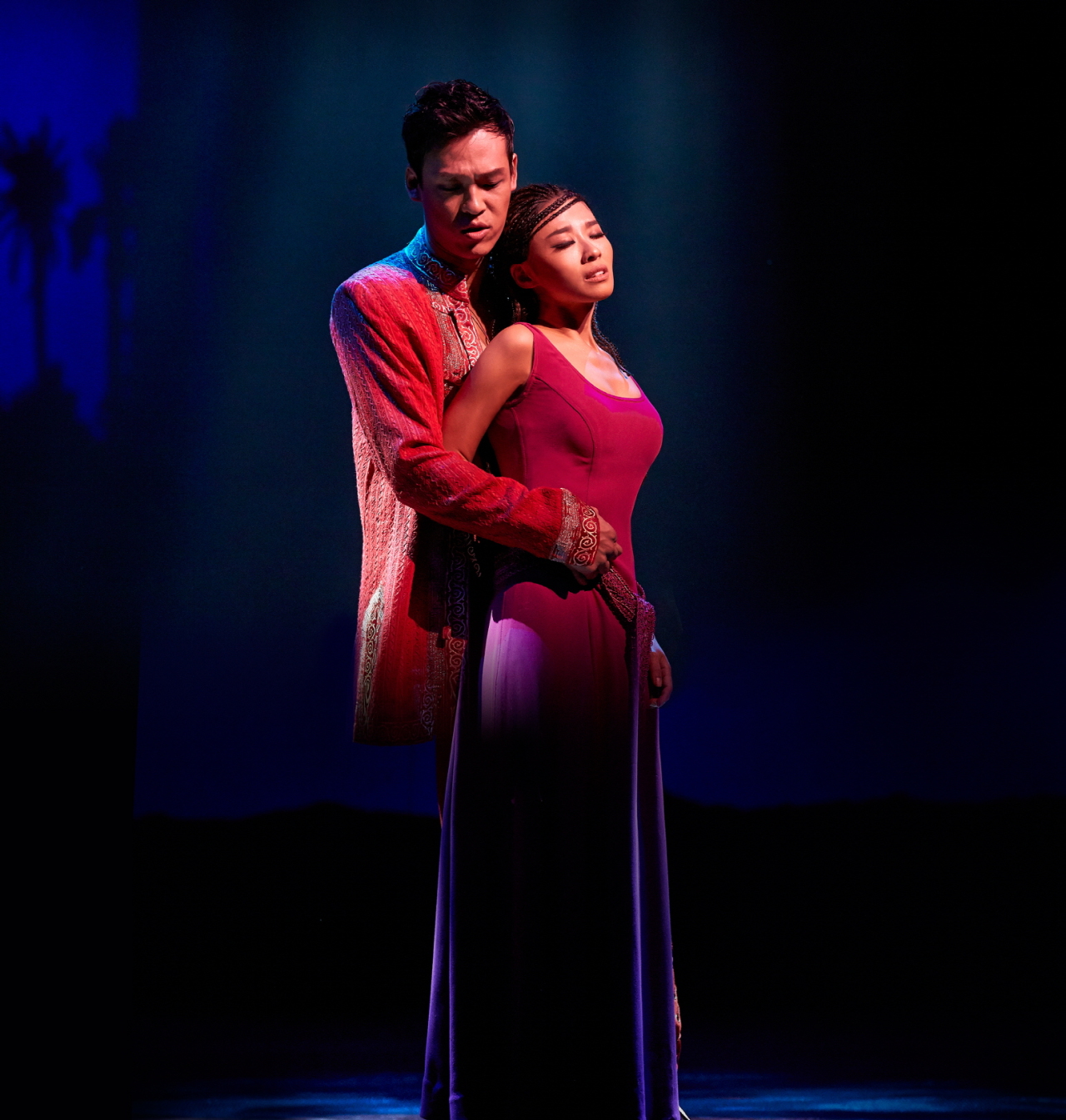 “Aida” (Seensee Company)
“Aida” -- featuring music by Elton John and lyrics by Tim Rice, and originally produced by Walt Disney Theatrical -- follows the story of a Nubian princess, Aida (Jeon Na-young), who is taken into slavery by Egyptian Gen. Radames (Choi Jae-rim). Despite their thorny initial encounter, Radames grows fond of her despite being engaged to an Egyptian princess, the vivacious and somewhat childish Amneris.

While I liked how the show looked, I loved how it sounded. “Aida” is packed with memorable numbers including “Written in the Stars” and “The Gods Love Nubia,” with each score reflecting various styles of music such as rock, gospel, pop, African traditional music and even hints of reggae.

While the show is obviously not historically accurate, the use of modern music allows casual viewers to easily catch on and enjoy the scores. Like many of the scores, the show itself was flamboyant and huge, with impressive scenes like the one where Amneris -- Ivy -- performs “My Strongest Suit.”

The singer-turned-musical actress provided some memorable moments, capturing the essence of a character who moves from airhead princess through teenage angst and betrayal of trust to acceptance and growth. The leading lady and her man being rather textbook good-natured people, I preferred how Amneris brought more color onstage, and Ivy was the perfect actor for the role. 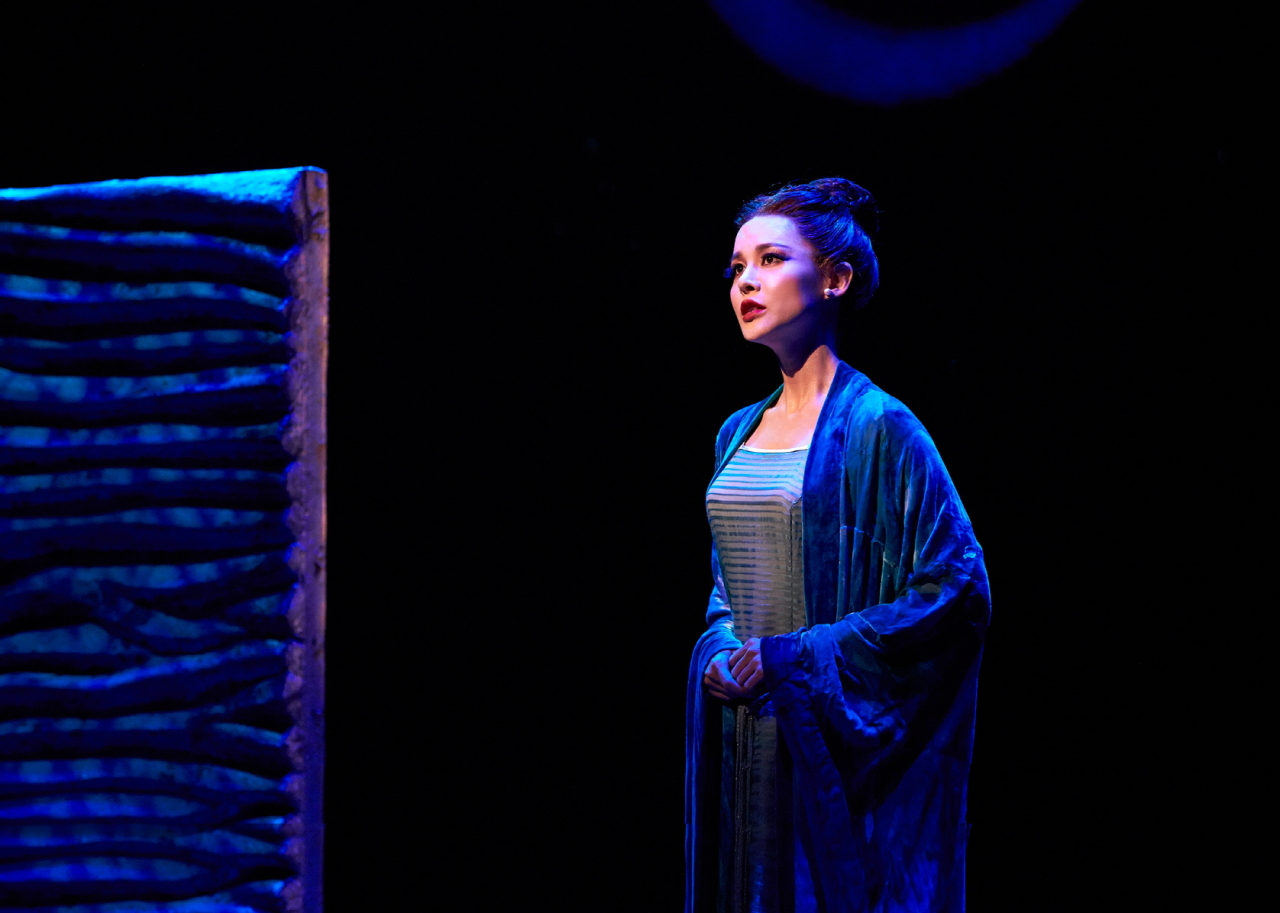 “Aida” (Seensee Company)
That is not to say Aida and Radames were dull. Their scenes felt big, both in terms of drama and scale, as Jeon and Choi managed to depict the deep emotions running through the moment with their vocal skills.

Jeon commanded the stage, singing the notoriously difficult part with ease and effectively portraying a character with an unconquerable soul. And even though I felt Choi was a natural baritone singing tenor parts, I preferred it as he hit all the high notes effortlessly while his naturally booming voice made the songs sound more epic.

If I were to nitpick, I felt that while Jeon’s singing voice was incredible, she seemed to make her speaking voice intentionally deeper than it actually is, which felt a little odd. She has a great voice, and I felt she could have depicted a strong character with her beautiful natural voice. 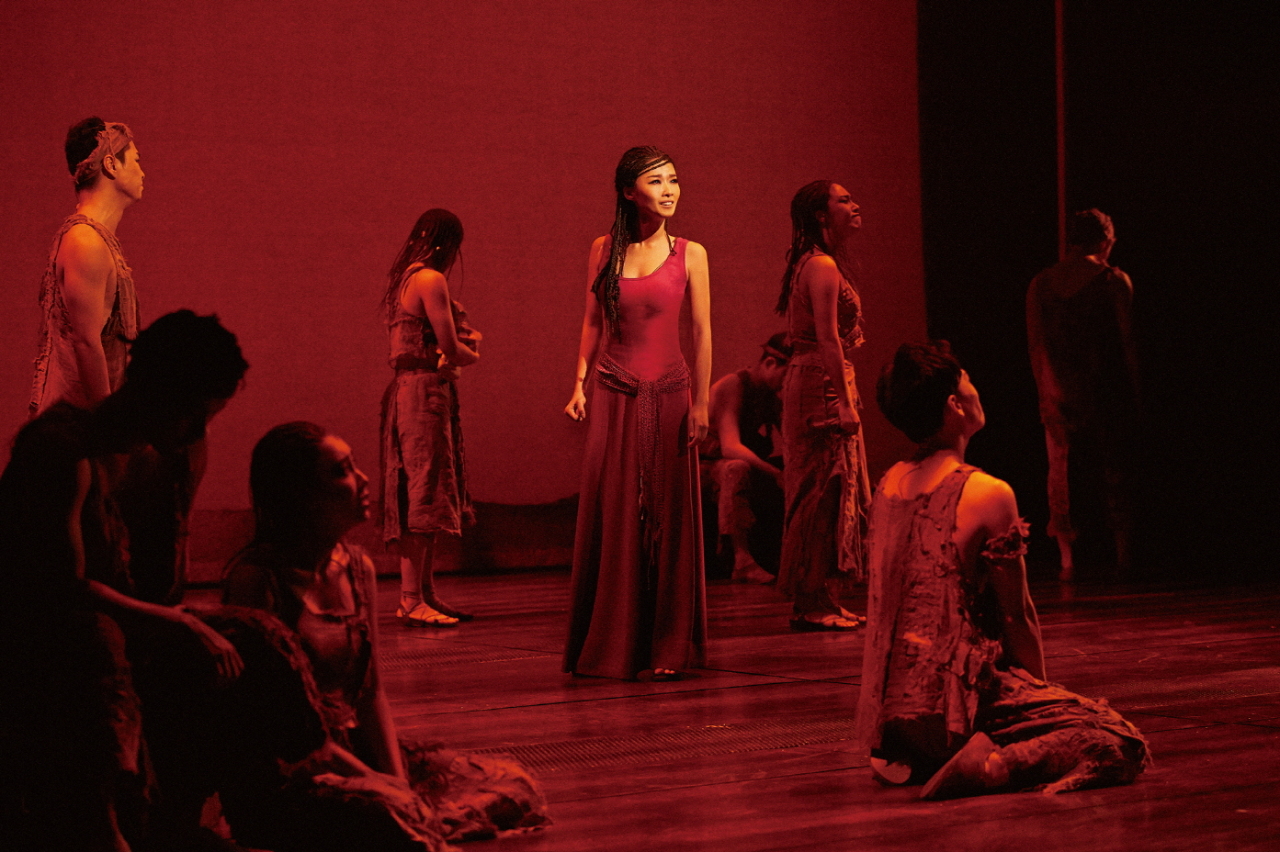 “Aida” (Seensee Company)
But that is a small complaint about an otherwise thoroughly enjoyable 165 minutes. The music was great, the acting was superb, the stage was just so beautiful and brilliantly creative, and the near-perfect choreography brought to life by the ensemble made 165 minutes just fly by.

Actors Yoon Gong-ju, Kim Woo-hyung and Jeong Seon-ah will alternate in the lead roles, with Yoon as Aida, Kim as Radames and Jeong as Amneris.
By Yoon Min-sik (minsikyoon@heraldcorp.com)