The South Korean government has extended the bidding deadline for a digital budget accounting system called “dBrain,” after LG CNS and its partner ITCEN decided Tuesday not to enter the race.

Samsung SDS’s consortium with Daewoo Information System was the only participant in the bidding for the project worth 120 billion won ($102.7 million) to build the government’s digitalized budget accounting system.

According to the Public Procurement Agency on Wednesday, the new deadline for receiving further proposals is set for Nov. 26.

“After thoroughly reviewing the project’s profitability, we decided not to enter the bidding,” said an official from LG CNS, citing its rival’s offer of “the lowest bidding price” as a reason for reconsideration. 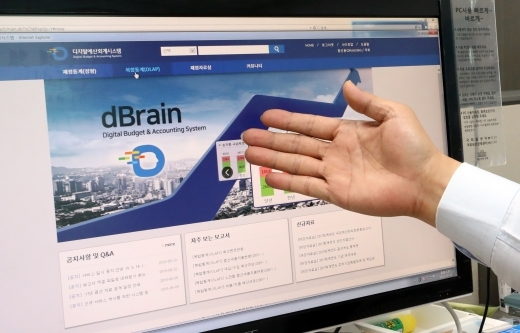 Government`s budget accouting system dBrain website
While the company did not comment on its position regarding the extended deadline, industry sources said LG CNS would eventually join the bidding, considering the size of the project and resources invested for the bid.

The Ministry of Strategy and Finance is expected to spend about 120 billion won on digitizing its budget accounting system by 2022.

“It seems that there is something that needs to be worked out internally,” said an industry watcher, suggesting that LG CNS has yet to come up with a pricing plan that can compete with Samsung SDS.

Samsung SDS had beaten LG CNS to win the government’s first phase of digitization for tax management in August.

Samsung SDS said it remains committed to the latest public IT project bidding despite the extension of the deadline.