But despite the general uptrend, the nation’s backbone manufacturing industry continued to shed jobs. The figures for those in their 30s and 40s also continued to disappoint, stirring up concerns that the apparent improvement is mostly driven by government spending in the public sector.

The employment rate -- indicating the ratio of jobholders to the working-age population as a whole -- stood at 67.3 percent in October, up 0.5 percentage point from a year earlier, according to Statistics Korea. The latest figure was the highest on record for any October since 1989, when the government started tallying the data under current standards.

The employment rate for those aged 15 or older, with no age ceiling, also came to 61.7 percent, the highest for any October since 1996.

The number of jobless people for October tallied 864,000, down 108,000 or 11.1 percentage points from a year earlier and the lowest in six years. The unemployment rate for the entire working-age population stood at 3 percent, down 0.5 percentage point on-year, and the corresponding figure for people between the ages of 15 and 29 was 7.2 percent, hitting its lowest level in seven years.

The number of newly added jobs stood at 27.5 million last month, up 419,000 or 1.5 percent from a year earlier, marking the sixth consecutive month that the figure remained above 200,000 and the second time this year that the on-year increase exceeded 400,000. 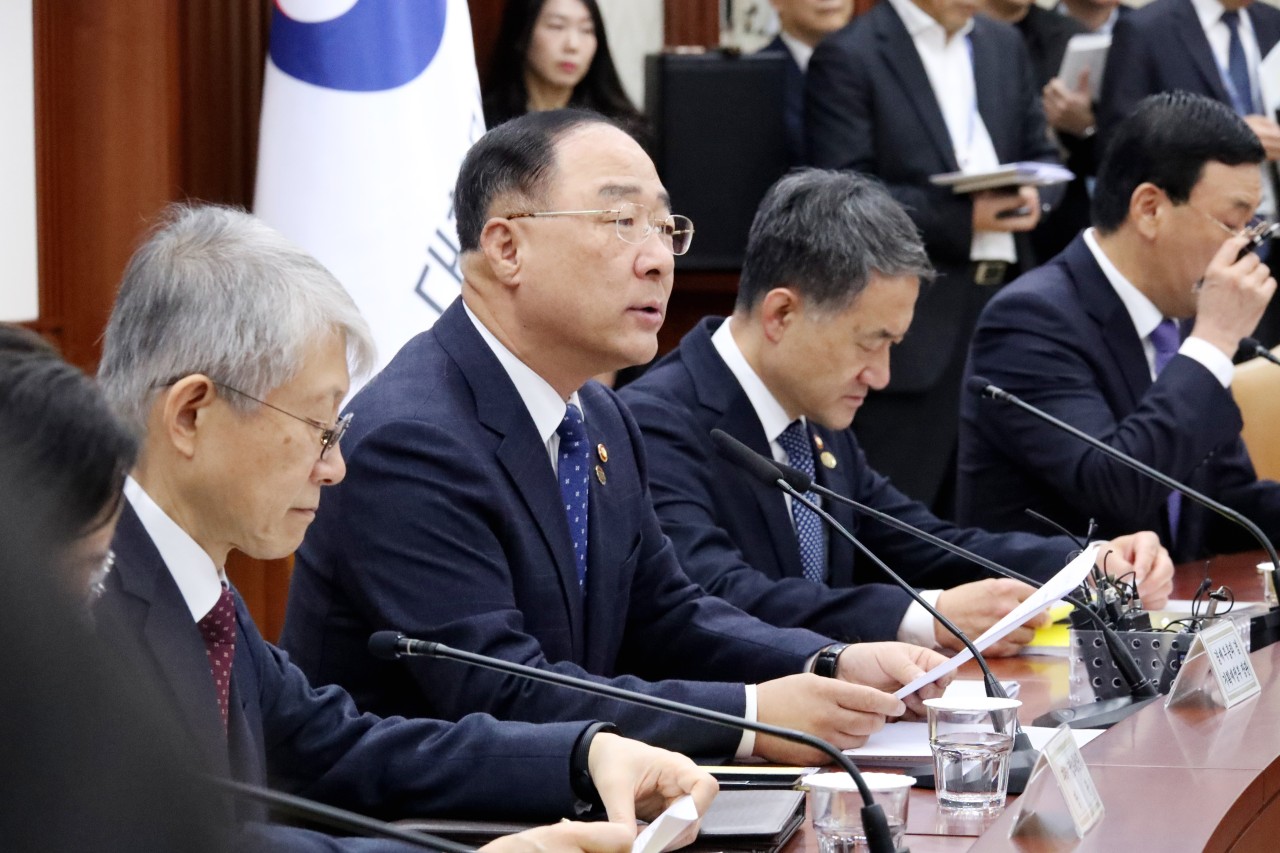 “There have been clear signs of recovery in the key job indexes. The recovery trend, which started to appear since August this year, has firmly taken shape recently,” said Deputy Prime Minister and Finance Minister Hong Nam-ki in a policy meeting for economic revitalization.

The fiscal chief, however, also acknowledged the prolonged slump in the manufacturing sector and the difficulties facing job seekers in their 40s.

The wholesale and retail sector, as well as the finance and insurance businesses, also saw fewer newly added jobs.

“There have been some fluctuations, but the manufacturing sector continues to struggle (in terms of employment),” said Jeong Dong-wook, employment statistics director at the statistics office.

“Also, the dampened employment situation for those in their 40s is largely attributable to the decrease of jobs in manufacturing, construction, wholesale and retail.”