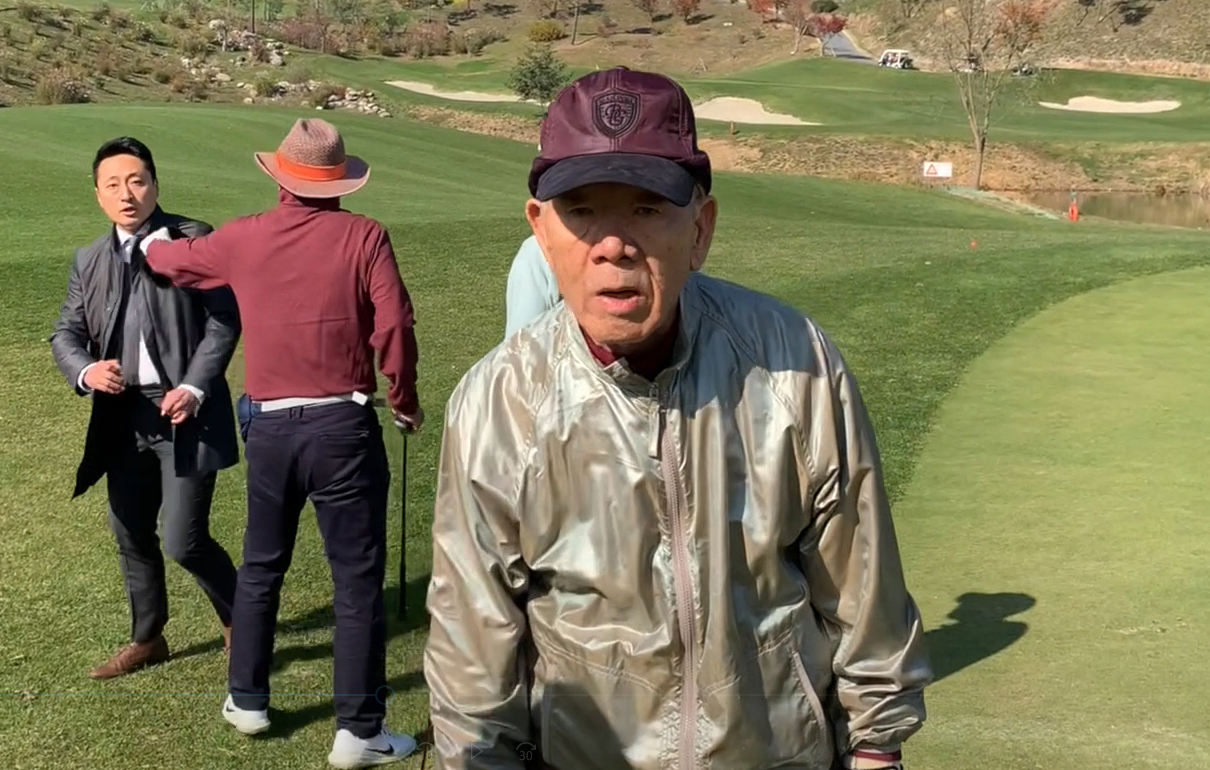 Chun has been accused of defaming late Rev. Cho Bi-oh regarding the 1980 Gwangju Democratic Uprising.

Justice Party Vice Chairman Lim Han-sol on Friday released a video clip of Chun playing golf with his companions. Upon the release, civic groups, including the May 18 Memorial Foundation, immediately condemned Chun.

“This is an insult and mockery of history. We really can’t tell how outraged we are now,” the statement read. “Chun has cited dementia as an excuse to avoid the trial. But the footage clearly shows that’s false. The court should not be lenient.”

“The claim that Chun can’t attend the ongoing hearing is a lie. The court should force him to come to the trial,” said Lee Hae-sik, spokesperson for the ruling Democratic Party of Korea.

“Chun has abandoned the last modicum of decency. He should be at the court, not at a golf course,” said Kim Jung-hwa, spokesperson for the minor conservative Bareunmirae Party.

The Justice Party concurred, saying Chun has deceived the public and urged the court and prosecution to exhaust all avenues to deliver justice. But, the main opposition Liberty Korea Party refrained from commenting.

Chun is accused of writing false accounts about the May 18 pro-democracy protests in his memoir published in 2017. He denied claims by witnesses that the government mobilized helicopters to shoot at protesters and called the late Rev. Cho Bi-oh, who said he saw the helicopter attacks, a “shameless liar.”

Chun, indicted last year on libel charges, attended a hearing in Gwangju in March and has since skipped all hearings citing dementia.

For Chun’s next hearing on Monday, he and his attorney have called in witnesses -- retired military officials on duty during the movement -- to substantiate his argument that no shooting took place.