Around 1,000 people attended the event, titled “Our Beautiful Costume Hanbok That Moves Forward Into the Future,” held at Namsangol Hanok Village, a collection of five Korean traditional houses at the foot of Namsan’s north side. 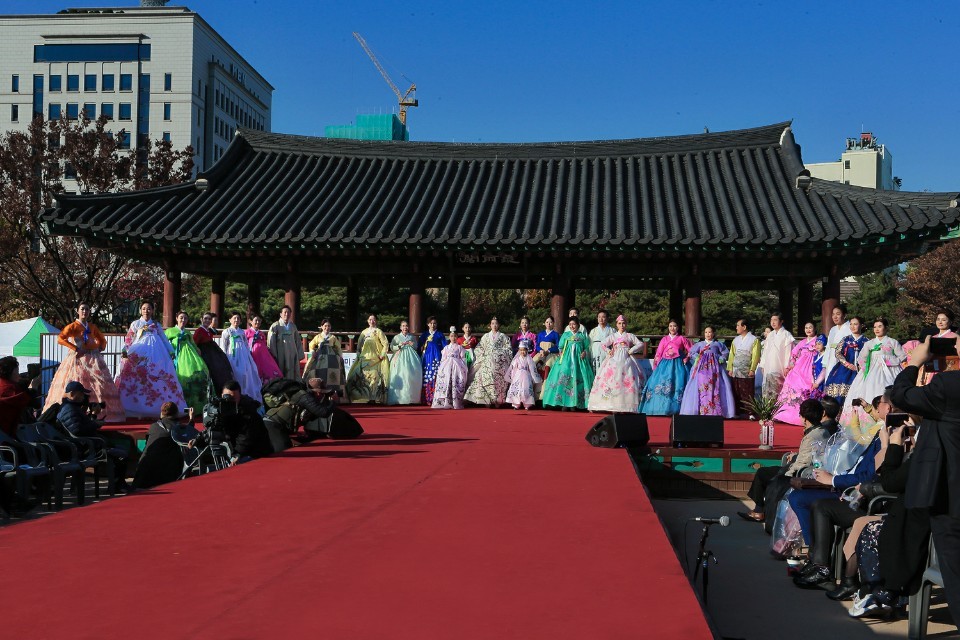 Models of various ages, from children to seniors, hit the runway in hanbok by designer Lee Bok-sil. The group also invited children from multicultural families to take part in the spirit of diversity and inclusion.

Before the main hanbok show, artists performed a pansori, a traditional form of musical storytelling, and a taepyeongmu, a traditional dance to wish for great peace for the country.

Chang said the group plans to hold the show every year. It also plans to hold another fashion show in Japan that will feature hanbok and traditional Japanese clothing, the kimono, as a form of cultural exchange.