[ The Korea Herald – Send E-mail ]
[Weekender] How open is Korea to men’s makeup?
Men’s cosmetics are big here, but not as big as some might think
By Lee Sun-young
Published : Nov 8, 2019 - 09:34
Updated : Nov 8, 2019 - 09:44
Male makeup could be the beauty world’s next big thing. And Korean men are leading that revolution as the world’s top consumers of grooming products, according to data and surveys.

Men with flawless skin and colors on their eyes and lips often appear on TV here. It has even become the norm for male K-pop celebrities to apply makeup on their full face. 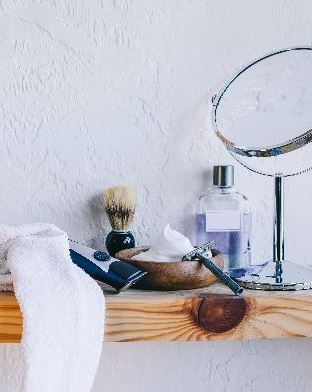 123rf
But off-screen, how open is Korea to male makeup?

“For me, a little something to fix the complexion is OK, but eye and lip makeup is a no-no,” said Kim Hyung-shik, 28. “No one I know does that.”

Kim applies a very lightly tinted moisturizer on special occasions like a blind date. “It helps even out my skin tone while still looking natural,” he said. “Who doesn’t want to look good? Appearance is your No. 1 competitiveness.”

He belongs to the millennial generation, consisting of those now in their 20s and early 30s, who are fast emerging as a key consumer group.

Keen on expressing themselves through fashion, beauty and other choices, this demographic has driven the men’s grooming industry globally. 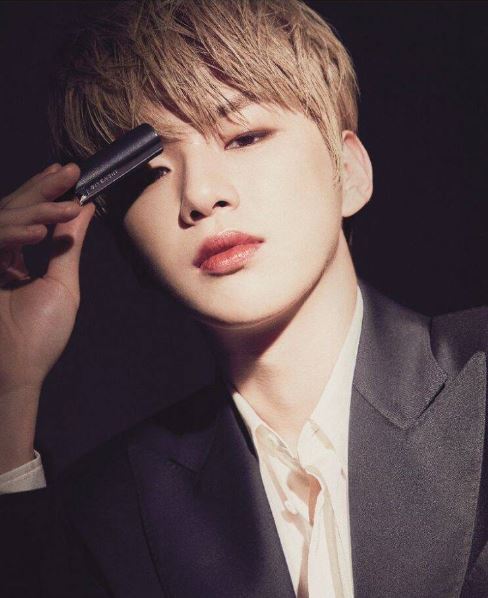 K-pop singer Kang Daniel is the face of Givency Beauty (Givency)
According to market researcher Euromonitor International, Korean men spent a total of 549 billion won ($495 million) on cosmetics products in 2018, accounting for 21 percent of global sales. In per-capita terms, they were the top spenders.

However, Korean millennials tread a fine line between a natural look and a perfect face. In other words, they want to look good, but they don’t want others to know that they try. 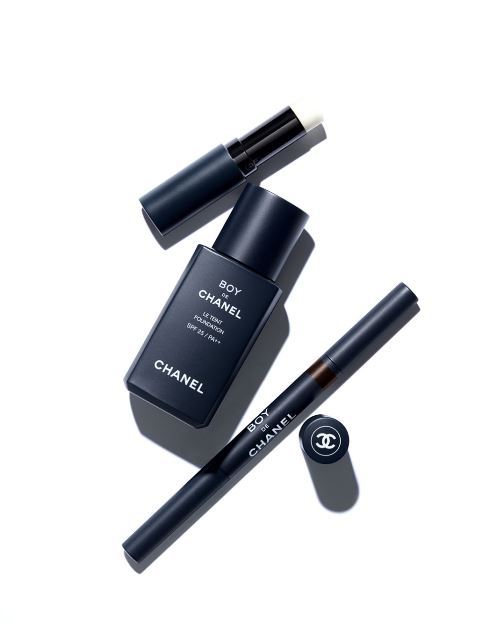 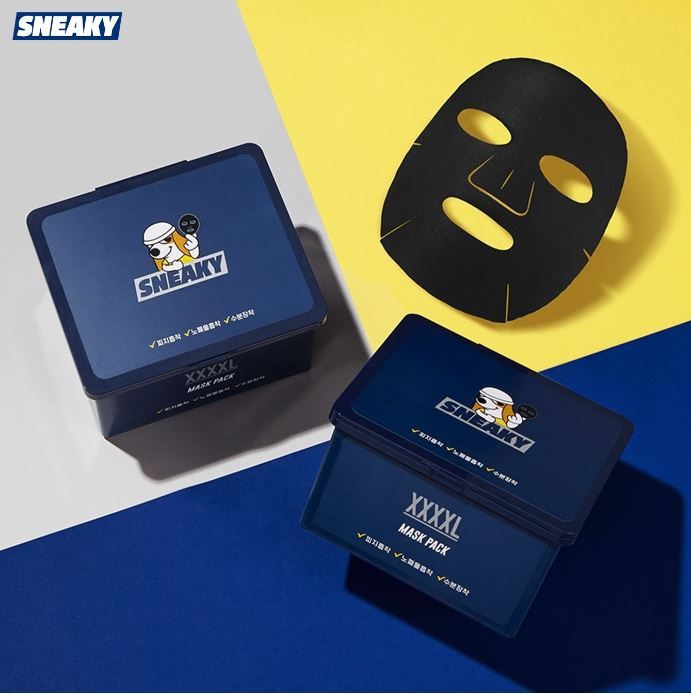 Sneaky’s male makeup products
That notion poses a challenge for cosmetics makers in expanding their lineup and continuing to rack up profits. In the past, some companies had aggressively rolled out eyeliners and mascara for men, but such items have virtually disappeared from the shelves now.

“I bought some popular BB creams online, but ended up not using them. They were a bit too much for me. I don’t want to be seen as a man with makeup,” said Lee Jong-yong, 34.

The nation’s largest beauty and health care store chain, Olive Young, has a men’s grooming section at its stores, offering over a hundred skincare brands for men. The most popular products are basic skincare items, tinted sunblock and BB cream.

“Other than toners and moisturizers, BB creams are most sought-after. Customers try to find products that best match their skin tone,” a sales clerk at the Olive Young branch in Myeong-dong, Seoul, told The Korea Herald.

Unable to expand their product line past sunscreen, BB cream and other foundation-like items, growth has slowed for brands.

Some cosmetics brands are focusing on younger consumers in late teens and early 20s, with affordable pricing, social media marketing and tailored products. 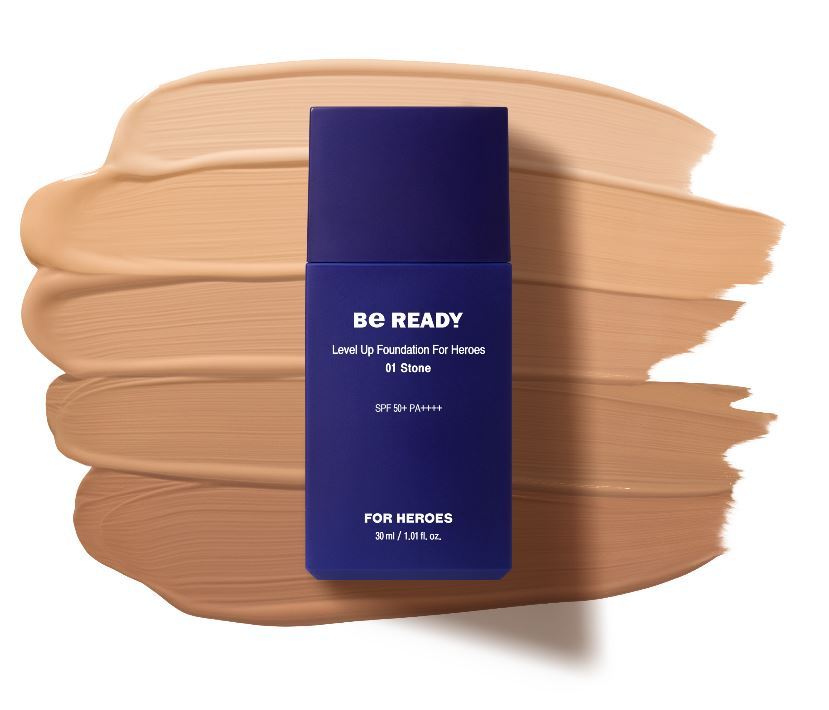 “Men in general have oilier skin and a darker tone compared to women. Finding a foundation that best fits them is the first step of any makeup,” BeREADY said in a press release.

Before the launch, BeREADY’s developers and marketers started promoting the brand on YouTube. Its channel has not only video tutorials on how to use products, but such content as product managers’ own reactions to negative comments about the brand and men wearing makeup in general.

“I hope these people try out our products just once. They will think differently if they hear positive reactions from people around them, like ‘You look good today,” said one BeREADY official in a clip.

Another brand Sneaky, launched last year by home goods maker Aekyung, puts forward a clear message: “Look good, but don’t let anyone notice what you did.”

Preparing for its launch, Aekyung conducted a focus group interview with men aged 18-24 and found that Korean men desire to look good, but are also conscious of how they are viewed. Furthermore, they are averse to going through multiple stages of makeup, said the company’s spokesperson.

That’s the approach behind Sneaky’s foundations, touted as being able to smooth complexion, cover blemishes and protect the face from ultraviolet rays. Its lip balms look just like natural lip products with no color. White on the outside, the product has color hidden in the center that creates just a healthy amount of flush on the lip.

Industry insiders say the trend of men spending time and effort to pamper their skin -- with or without ostensible makeup -- will sweep the beauty industry, going forward.

They await the arrival of a younger generation at the forefront of the retail scene in coming years -- Gen Z who are now late teens or in their early 20s. It is not a coincidence that BeREADY and Sneaky had this particular group in mind from the planning stage.

A recent survey by Seoul National University suggests Gen Z is more open to men openly wearing makeup. Three in 10 men belonging to this demographic responded that they use facial makeup products more than twice a week. It also showed that a majority of them started using makeup since middle school.

Sharing his three-stage skin care routine consisting of a toner, moisturizer and sunscreen, 27-year-old Hong Tae-gyoung said, “At clubs or on Gangnam streets, (where youths gather), I think men with makeup probably outnumber those without makeup.”