[ The Korea Herald – Send E-mail ]
[Weekender] Male shoppers gripped by lure of luxury
From luxury to fashion to home electronics, men emerge as next power shoppers
By Lee Sun-young
Published : Nov 8, 2019 - 09:17
Updated : Nov 8, 2019 - 09:17
Lotte Department Store threw a party for some 200 of its VIP customers last month. About 10 luxury brands, including watchmaker IWC and designer clothing brand Thom Browne, set up booths, and models presented top styles for the upcoming season at a mini fashion show. Only men with annual purchases of over 100 million won ($86,485) were invited.

Gone are the days when men were just an afterthought for retailers. They are emerging as power shoppers who exercise their spending power with a new sense of conviction. 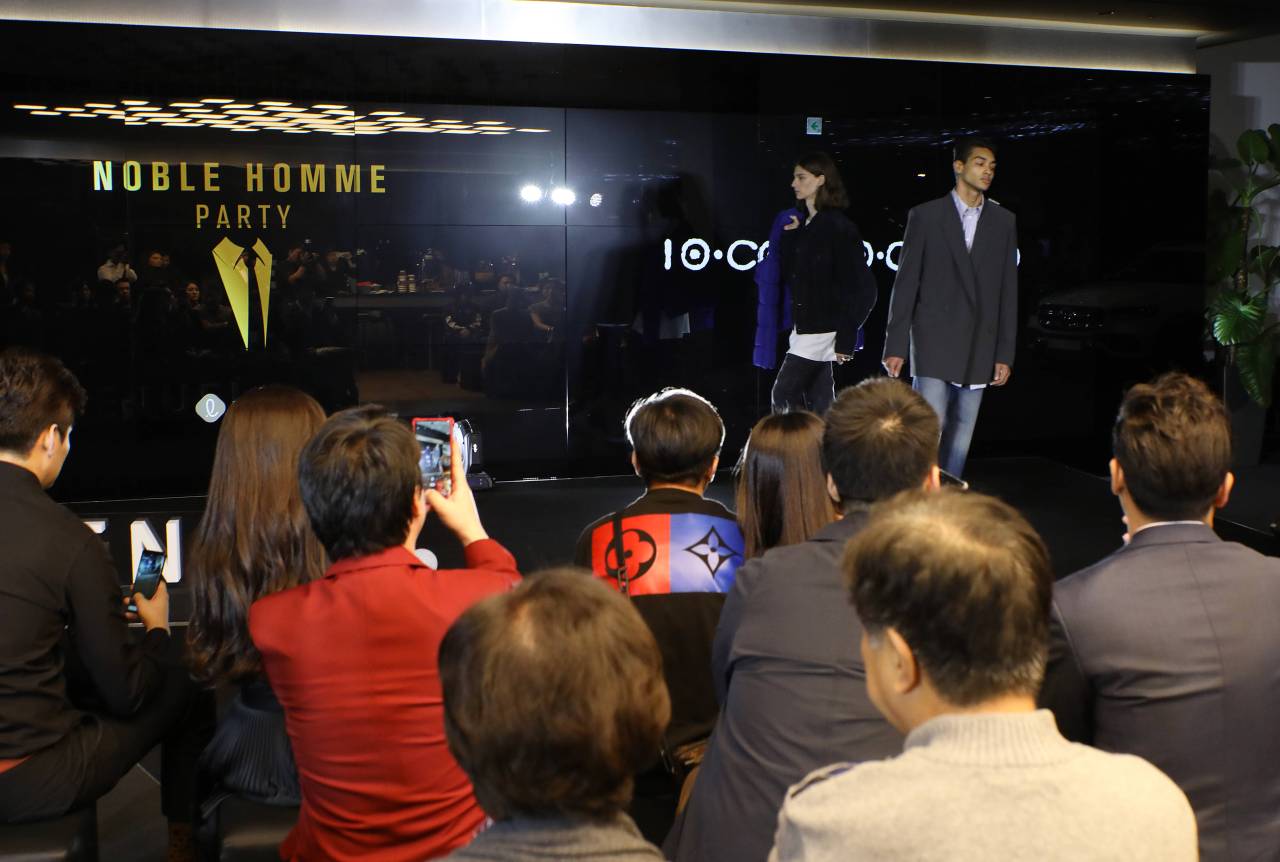 Lotte Department Store’s “Noble Homme Party” for VIP male customers takes place at a venue in Gangnam, Seoul, on Oct. 16. (Lotte Shopping)
“Men’s luxury has been seeing a strong growth lately,” Kim Hye-ra, an executive of Lotte, the largest department store chain in Korea, said of the motives behind the “Noble Homme Party.”

“So we planned this event, the first of its kind in the local retail industry, to present male shoppers with some new lifestyle ideas.”

The department store chain has witnessed a steady increase in men’s purchases, from around 25 percent of total sales in 2016 to 31 percent last year.

More recently, a noticeable change is taking place in items they buy: In 2017, the top three categories were electronics, menswear and outdoor gear. Between January and September this year, the list comprised electronics, beauty and personal care, and imported luxury. Lotte says men in their 20s and 30s -- millennials who are more conscious of their self-image and willing to spend on themselves -- as behind the shift.

Shinsegae, which in March last year launched a credit card exclusively for men in partnership with Samsung Card, has analyzed data from the card users’ purchasing patterns. 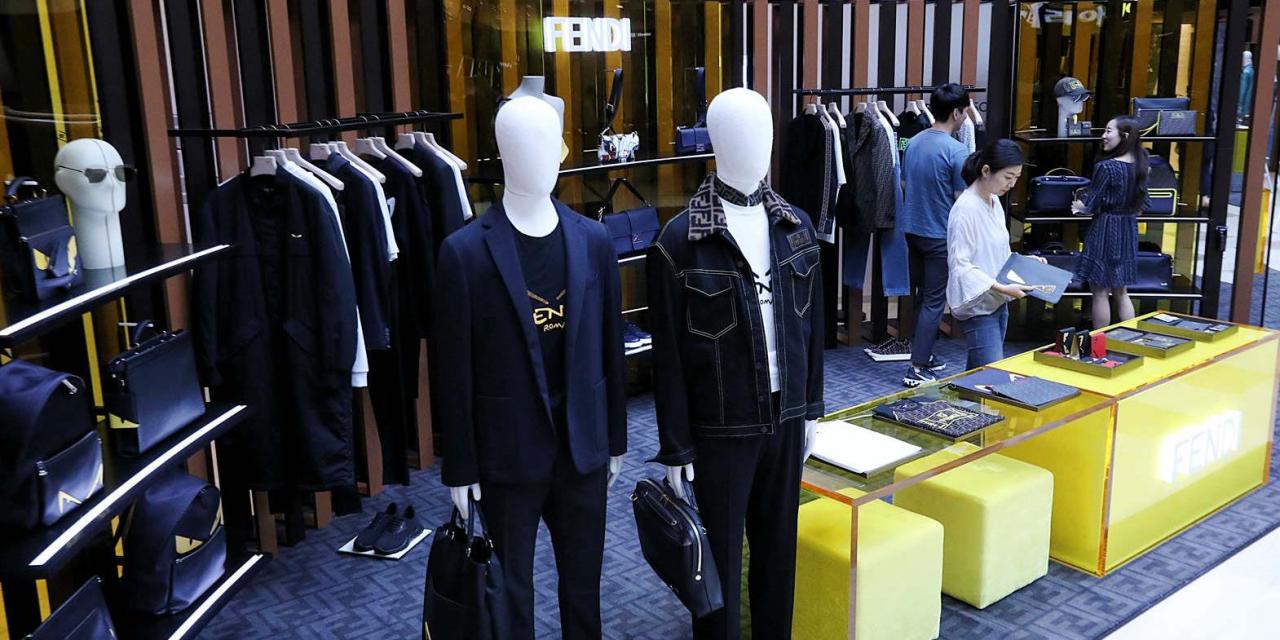 A Fendi menswear store at Lotte Department Store in Seoul (Lee Sun-young/The Korea Herald)
It revealed that men visited its stores less often, but when they did, they spent four times more than their female counterparts did.

Meanwhile, Galleria Department Store has seen a 32 percent increase year-on-year in sales of men’s luxury brands in 2018 and is logging double-digit growth this year again.

“Luxury is driving the sales of department stores and is expected to remain strong for the time being,” said Park Eun-gyeong, an analyst at Samsung Securities, in a recent report. 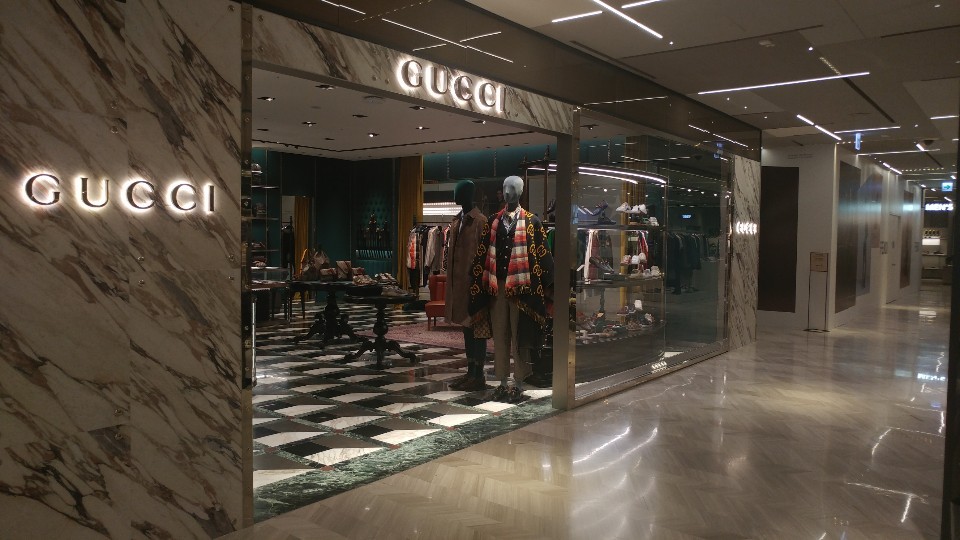 A Gucci men’s store is located at Shinsegae Department Store’s main branch in Myeong-dong, Seoul. (Lee Sun-young/The Korea Herald)
Louis Vuitton, Gucci, Fendi and Dior have added new stores for men in Korea in the past year or so.

Hyundai has dedicated a section to men’s fashion and beauty at some of its branches in and around Seoul, which encompasses fashion, jewelry, electronics, cameras, bicycles and even a premium beauty shop.

This August, Lotte introduced Fendi’s collection for men at a pop-up store. Its earlier pop-up in February had featured new watches from IWC.

Wristwatches were among the popular items for younger luxury buyers, along with sneakers.

“Top-notch brand sneakers have become something like what luxury bags are for women,” said Kim Hyung-shik, 28, who bought a pair of sneakers from Balenciaga last year. It cost him nearly 1 million won, two-thirds of what he earned for his intern job, but Kim said he didn’t regret the purchase.

“I think it was a good style investment,” he added.

Backing Kim’s observation is cash-back shopping portal Ebates Korea, which predicted luxury footwear as the No. 1 keyword for Korean consumers seeking to buy foreign goods directly from overseas via the internet. Items most purchased on Matchesfashion.com, one of the biggest global online luxury retailers, by Korean customers in the first half of this year included sneakers from Balenciaga and Gucci, it said.

Millennial men are rising as the key consumer group for the retail industry globally. It is not just luxury, but fashion, home appliances and even groceries that are being affected, experts say.

Many younger men are single, or married without children, or share homemaking with wives, shattering old gender stereotypes in shopping patterns. They are keen on expressing their personal style and are actively involved in household purchasing decisions both small and big, the experts say.