[ The Korea Herald – Send E-mail ]
Top US negotiator for defense cost-sharing deal visits South Korea
By Jo He-rim
Published : Nov 6, 2019 - 17:30
Updated : Nov 6, 2019 - 17:30
James DeHart, the chief US negotiator for the defense cost-sharing deal with South Korea, is in Seoul for an informal visit. South Korean government officials view the visit as aimed at learning more about public sentiment here toward the negotiations.

DeHart, who arrived Tuesday, was scheduled to hold an unofficial dinner with his South Korean counterpart, Jeong Eun-bo, and other government officials during his four-day trip. It would be the second meeting of the top negotiators since they met for the second round of the defense cost-sharing negotiations, in Honolulu in October. 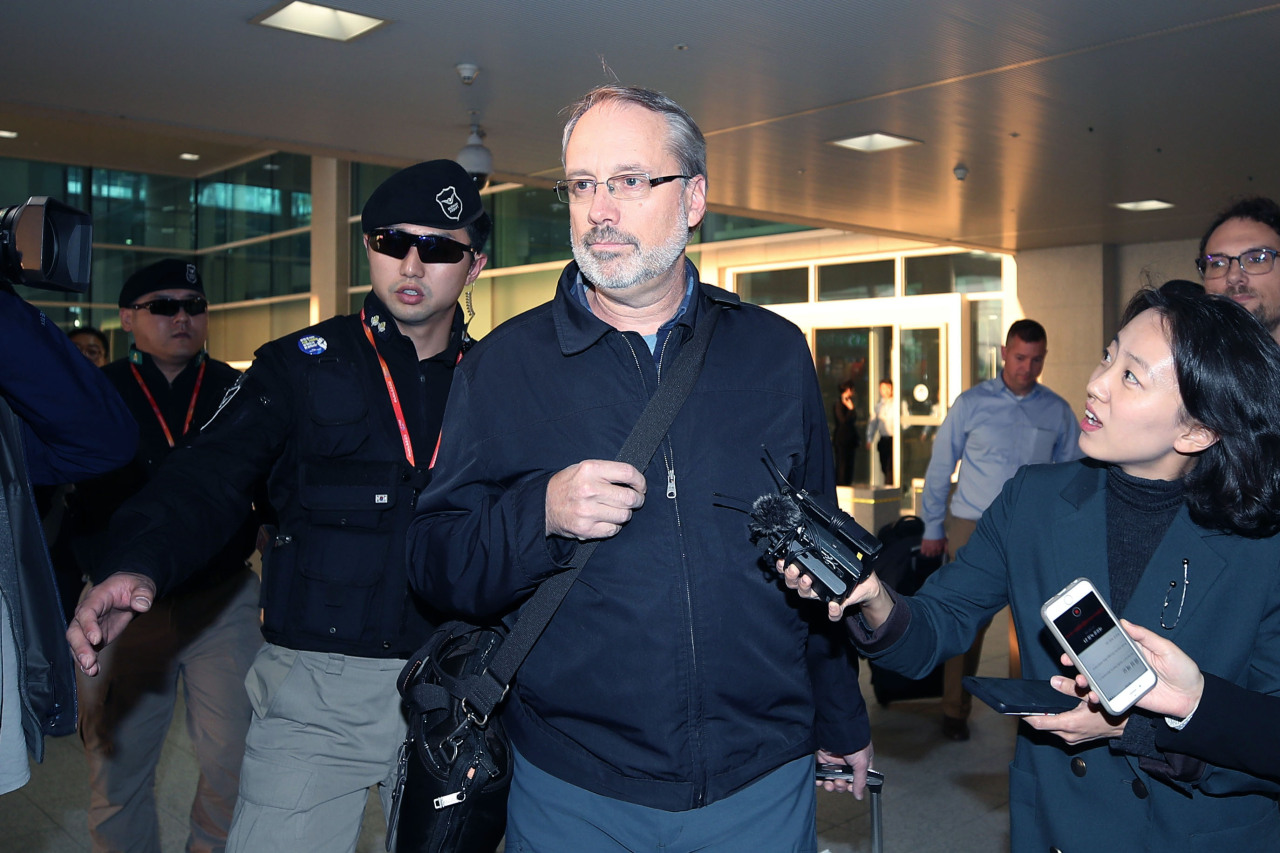 James DeHart, the chief negotiator for the 11th Special Measures Agreement arrives at the Incheon International Airport on Tuesday. (Yonhap)
Korea and the United States are engaged in talks for the 11th Special Measures Agreement to determine the amount that Seoul will contribute toward next year’s cost of maintaining some 28,500 US troops stationed here

DeHart was also expected to meet with journalists and officials of the United States Forces Korea.

“Very good to be here this week,” DeHart told reporters upon arriving at Incheon Airport. He avoided commenting on the US’ ratcheting up of pressure on Seoul to shoulder a greater amount for the upkeep of its forces here.

Korea has been bearing part of the costs of stationing the US troops here since 1991, when the two sides first inked the SMA. The first round of negotiations, held in Seoul in August, was led by their predecessors, with Chang Won-sam representing South Korea and Timothy Betts representing the US.

The third round of the 11th SMA talks is scheduled to take place in Seoul this month, but the exact date has not been decided.