The South Korean tech giant claims that most of the Hisense TV models being sold in the US use as many as four of its patented technologies.

They include those that improve user interface and speed up data transmission based on Wi-Fi.

In the suit filed with the District Court of California, LG demanded Hisense stop using its patented technologies and pay damages. 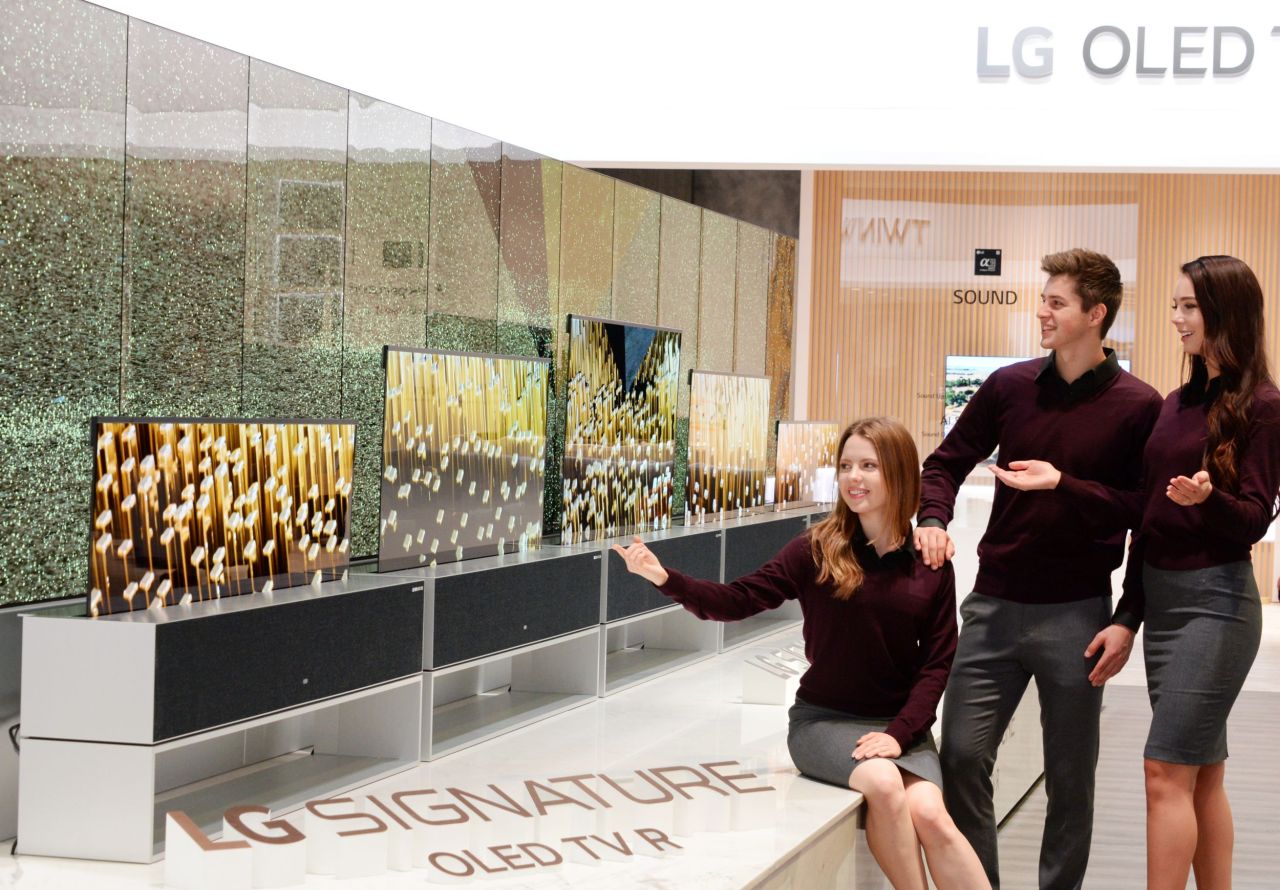 LG’s Signature OLED TV R (LG Electronics)
Hisense was the world’s fourth-largest TV provider by sales in the first half of the year. It has been aggressively expanding its operations in the US.

Meanwhile, the Korean firm has stepped up measures to counter patent violations by both global and domestic rivals.

In September, it sued three European home appliance manufacturers at a court in Munich for allegedly infringing its ice-making patents for side-by-side refrigerators.