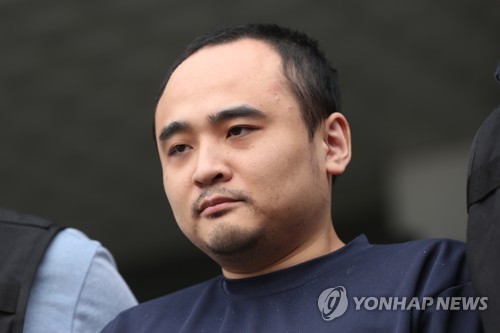 (Yonhap)
The Uijeongbu District Court’s Goyang branch handed down a life sentence to the 38-year-old, who shocked the public with his complete lack of remorse. The court said he should be permanently isolated from society for appearing to “mock” the victim and the judiciary.

Jang said that the victim had deserved to die.

During the trial, Jang said he did not want to ask for forgiveness from the victim’s family and that he would be fine with a death penalty.

Following the ruling, the victim’s family wailed loudly in the courtroom. The victim is survived by his pregnant wife and a 5-year-old son.

Jang, who was an employee at a Seoul motel, was indicted for the murder and dismemberment of a 32-year-old customer and dumping the body in the Han River in August.

Jang’s crime came to light after a headless torso was discovered in the river.