Led by legendary French choreographer Angelin Preljocaj, Ballet Preljocaj is touring Korea with “La Fresque.” It performed at the LG Arts Center in southern Seoul over the weekend.

The performance began in complete darkness. The soundtrack created by Nicolas Godin -- half of the groundbreaking French electronic music duo Air -- evoked a mysterious, subtle atmosphere, and there was palpable tension among the audience. 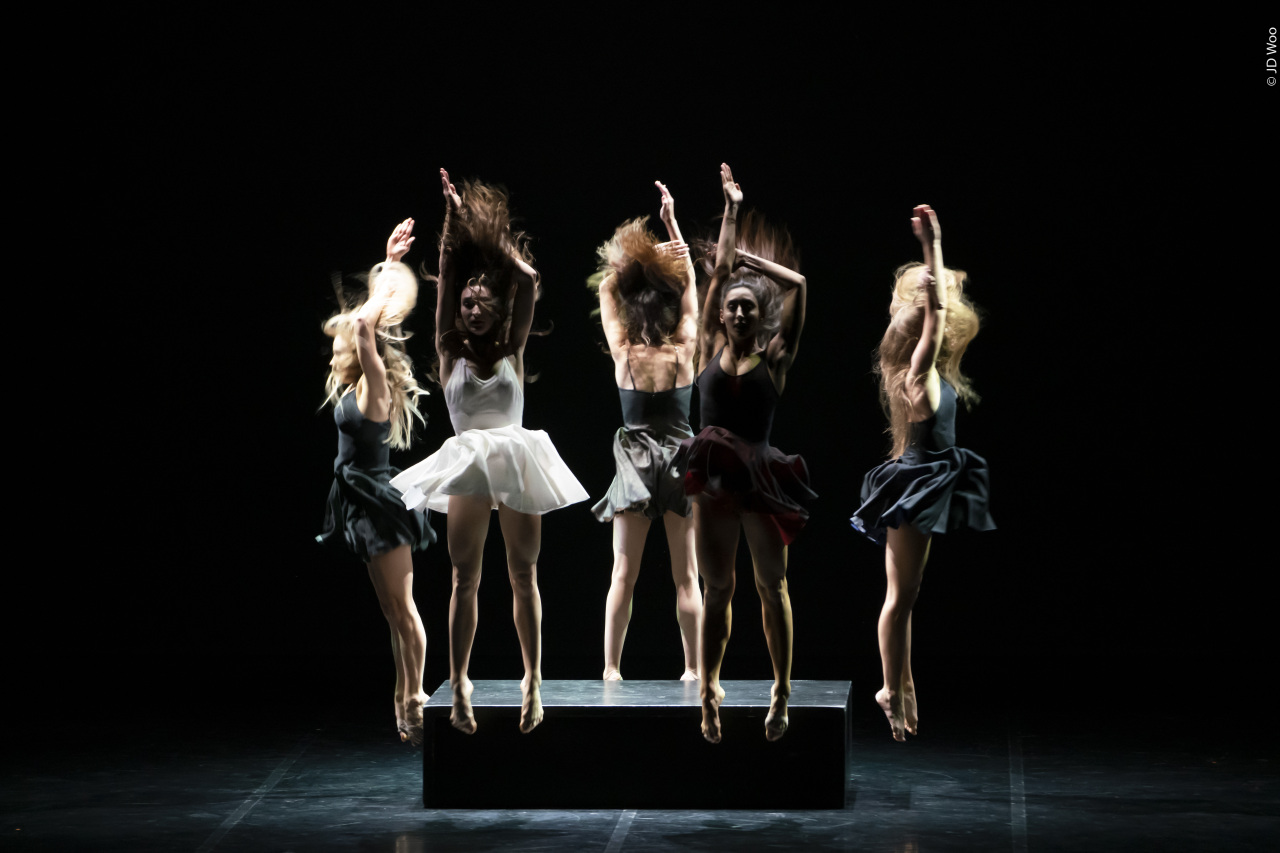 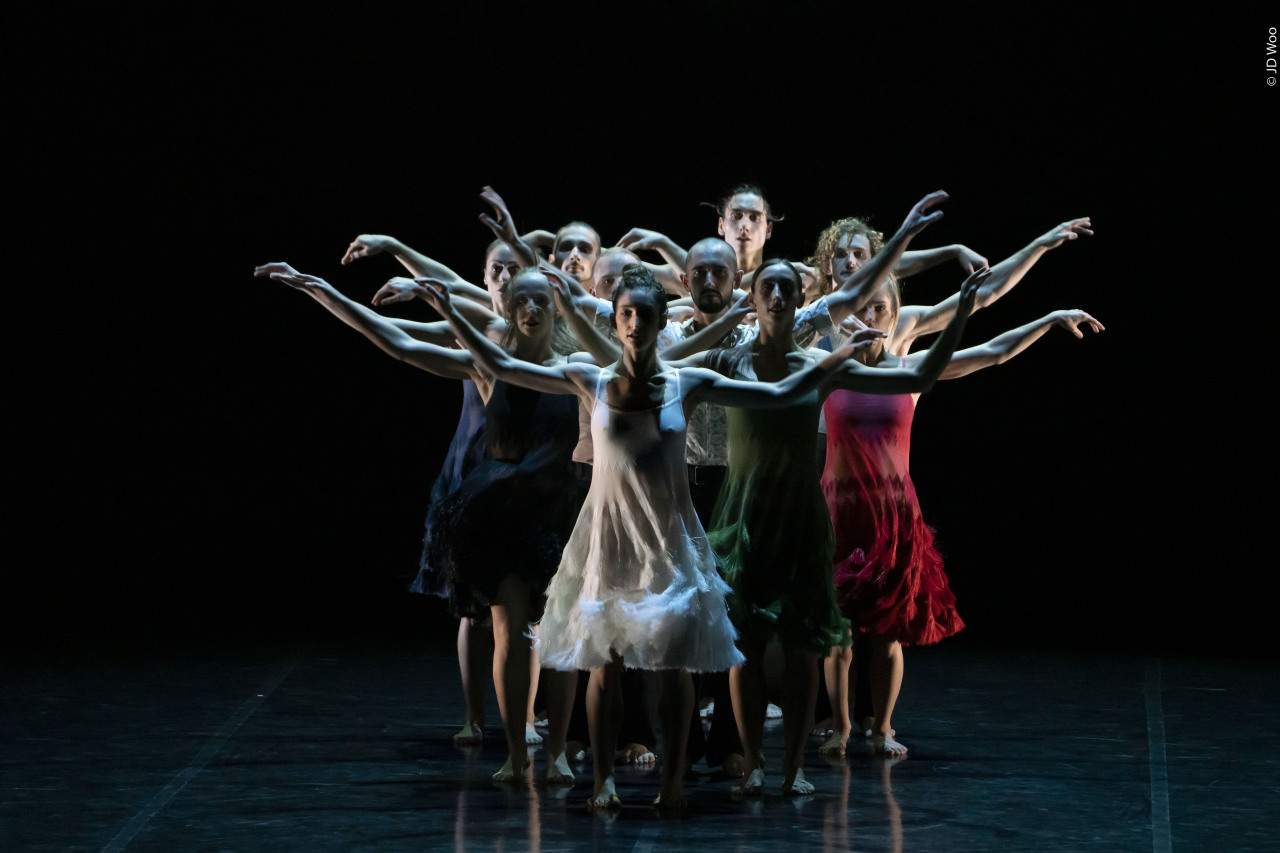 Instead of a real painting, five women sat on a bench in perfect stillness, depicting the painting.

The women wore their long hair down for a reason. Hair was treated as an extension of the body. The dancers tossed, flicked and stroked their hair in choreographed movements. Later, four dancers tied a woman’s hair in an up-style hairdo, all the while dancing.

Like many other stories, a man and a woman fall in love in “La Fresque,” which takes its motif from an old Chinese tale. The storyline may be classic, but the two lovers presented a surreal duet dance against a starry backdrop. 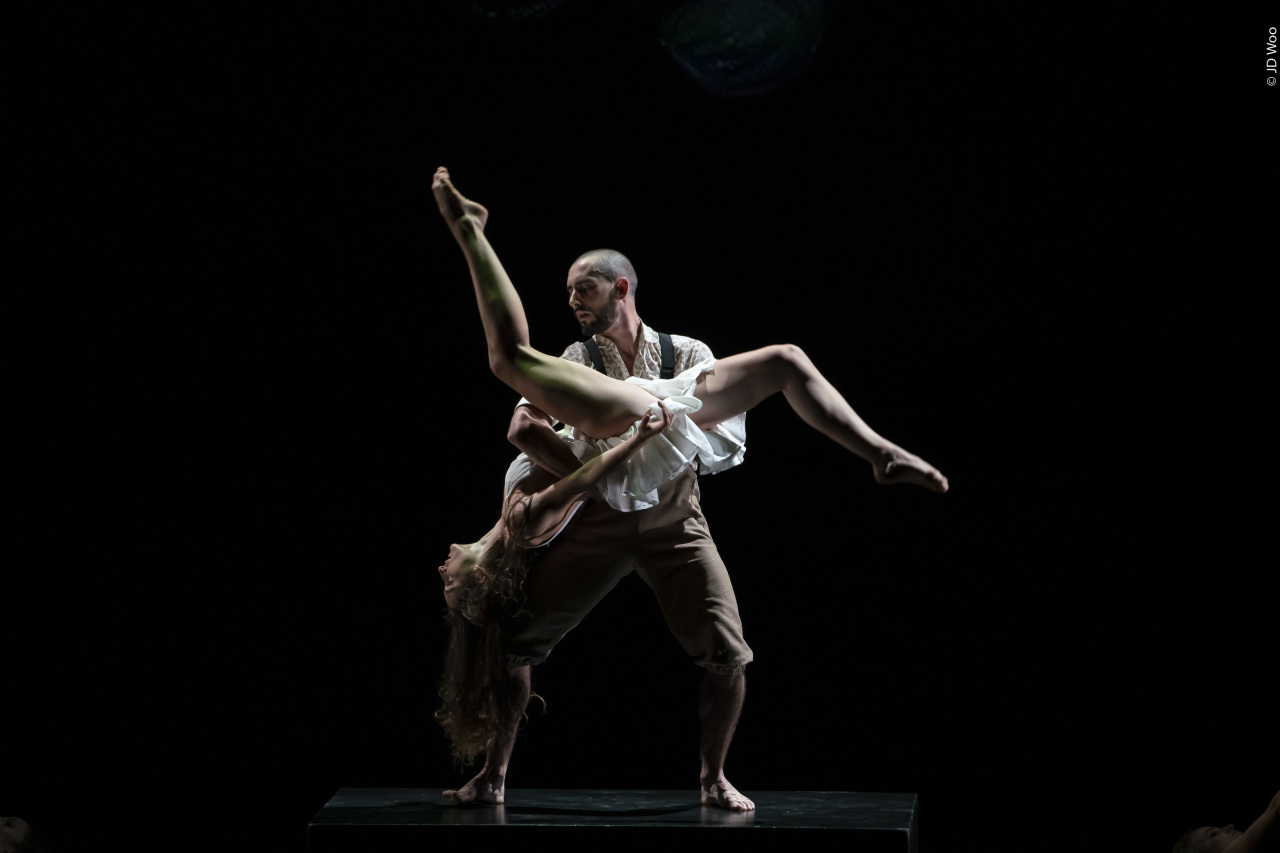 The modern dance piece “La Fresque” featured floor work and acrobatic movements. Female dancers’ hair was woven into a long rope reaching up to the ceiling, allowing the 10 women to perform aerial dances.

Throughout the entire performance, a lighting configuration of white, flowy strands -- created by designer Eric Soyer -- was projected on a silk screen, symbolizing hair.

At a recent press event in Seoul, choreographer Angelin Preljocaj said, “Hair is the central element that encompasses the whole project.”

“La Fresque” is a beautiful work that explores the fine line between reality and dreams.

Though the work was inspired by an old Chinese tale, it only borrows the characters and overall plot. It would not be easy to connect each scene to the storyline. Some scenes don’t fall into the plot, and are set to depict the flow of thought or just set the mood. 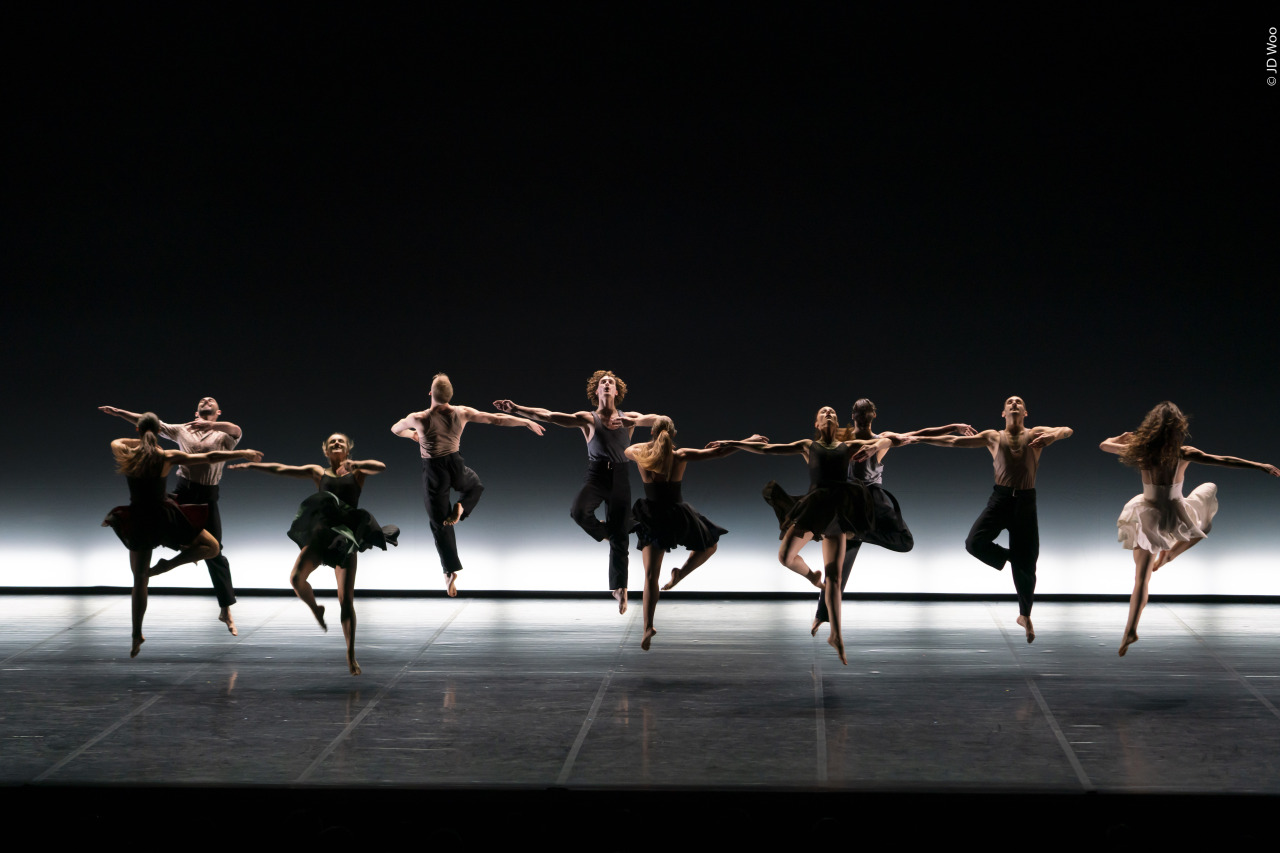 Ballet Preljocaj will perform at the Busan Cultural Center on Wednesday and Daejeon Arts Center on Saturday and Sunday. Tickets are priced from 20,000 won to 80,000 won.